Accessibility links
Radar Reveals Dynamic World Under Antarctica's Ice By flying planes over Antarctica with ice-penetrating radar, lasers and other technology, NASA scientists are able to piece together a picture of the vast mountains, valleys and rivers under the miles of Antarctic ice, revealing a dynamic and complex world. And scientists have already found some really surprising stuff happening inside the ice itself. 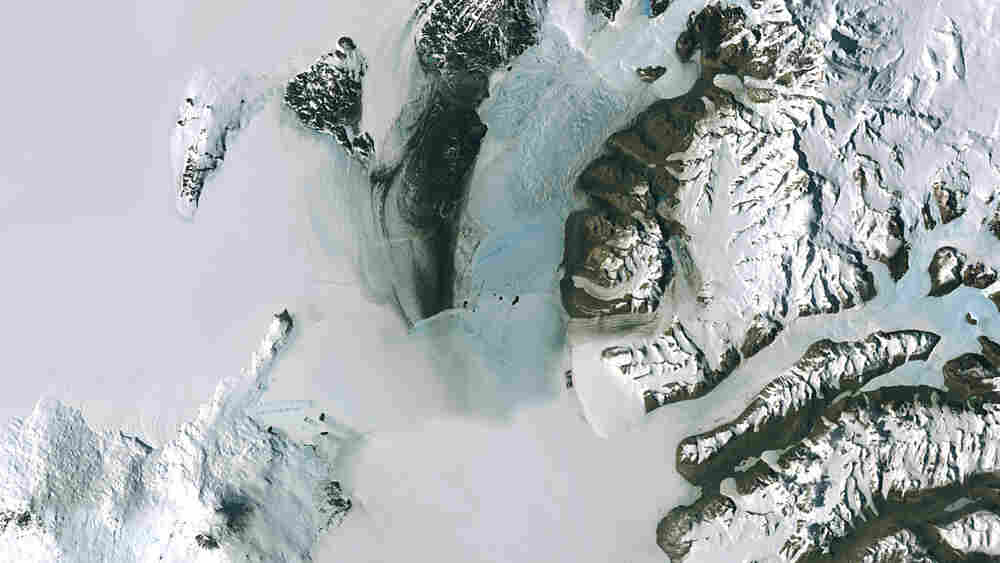 A NASA DC-8 plane equipped with lasers, ice-penetrating radar, and a gravity meter is revealing a dynamic and complex world beneath the massive ice sheet that covers Antarctica.

The plane is flying over Antarctica for six weeks as part of a mission to use airplanes to replace a dying NASA satellite that's been monitoring polar ice.

But the stopgap measure is providing a major scientific bonus: The DC-8 flies just 1,500 feet above the ice and carries instruments that let scientists see right through the ice.

"It's going to change the way that we look at Antarctica," says Thomas Wagner, a NASA Cryosphere Program scientist.

The Antarctic ice sheet covers an area larger than Europe. In places, it's miles thick. If the sheet ever melts, sea level will rise by dozens of feet.

Scientists have known for years that there are volcanoes, mountains, rivers and lakes beneath the ice. But they haven't known many details about these things.

The NASA flights offer a way to learn a great deal more, says William Krabill, a member of the NASA team flying on the DC-8. For example, the plane carries a special radar that lets scientists study the topography of the land beneath the ice sheet, he says. Another instrument detects tiny changes in gravity fields and can reveal liquid water beneath the ice.

The flights are letting scientists burrow down through the layers of ice to see rivers and lakes and the valleys carved by moving glaciers, Krabill says, like "peeling an onion."

And scientists have already found some really surprising stuff happening inside the ice itself: 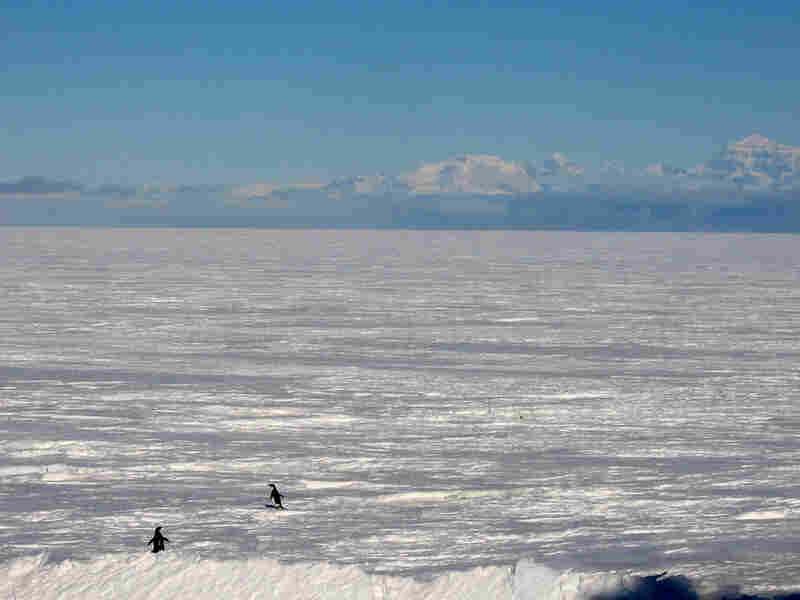 Antarctica is almost completely covered by ice sheets, which are more than a mile thick on average, and nearly 3 miles thick in places. New data from the plane flyovers is helping scientists learn about the landscape buried below the sheets of ice. Alison Criscitiello hide caption 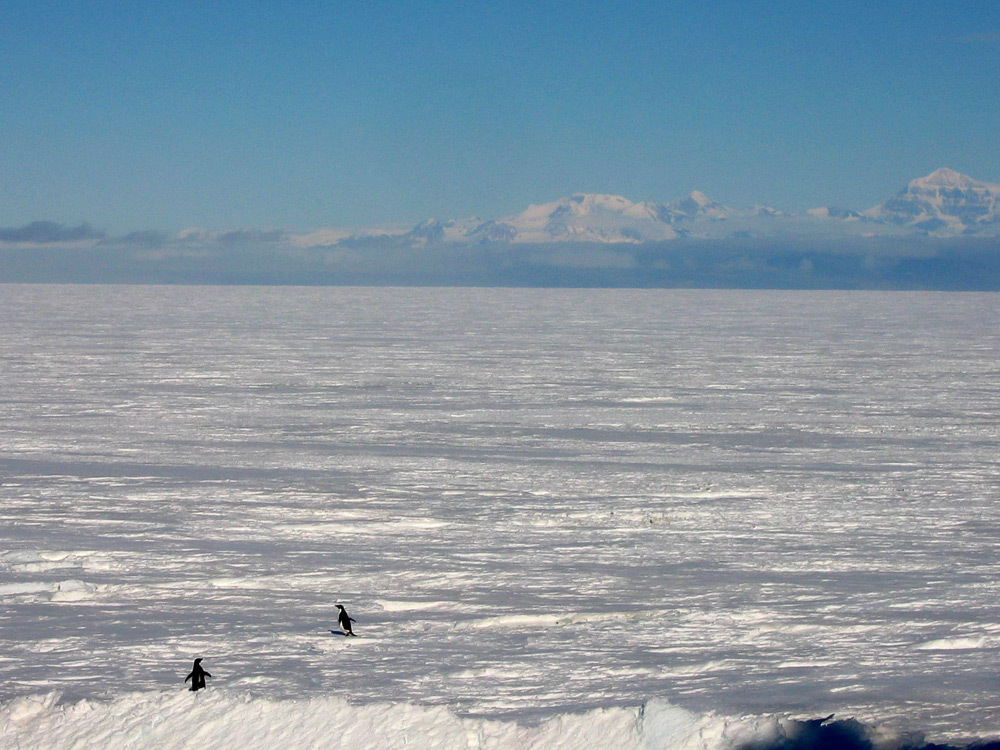 Antarctica is almost completely covered by ice sheets, which are more than a mile thick on average, and nearly 3 miles thick in places. New data from the plane flyovers is helping scientists learn about the landscape buried below the sheets of ice.

"There are these lakes that form and they literally seem to pop and deflate," Wagner says. "We just learned about this literally in the last couple of years, and we're finding new ones all the time."

If the water in those lakes gets under the ice, it could act as a lubricant and speed up a glacier's movement toward the ocean. That could speed up sea-level rise, scientists say.

For the same reason, scientists are curious about something going on at the place where glacial ice is carving a channel through dirt and rock, Wagner says.

"One of the most important unknowns right now is what is the shape of the bed under the ice," he says. "You need to know that in a very, very precise way to make models that accurately reproduce ice flow."

Seeing Through Ice With Radar

Much of that information is coming from special radars on the DC-8 that produce images in vivid colors on a computer monitor as the plane flies over a targeted area. The images provide a rough sketch of the bed beneath the ice, says Chris Allen from the University of Kansas, who is in charge of the radars.

The radar data will be refined in the coming months, and then combined with information from the lasers and the gravity meter to create a more complete picture of an Antarctica that's been hidden for millions of years.

"We are looking at structures like you see along the coast of Norway, these kinds of deep fiords," says Michael Studinger of Columbia University, who runs the gravity meter.

Right now, these Antarctic fiords are filled with ice, Studinger says. But global warming could eventually change that.