Accessibility links
Harold Evans: A Long Career Of Chasing Stories The British journalist talks with Steve Inskeep about his tenure as editor of the Sunday Times in London and his crusade to maintain journalism's commitment to public good. Evans has a new memoir called My Paper Chase: True Stories of Vanished Times. 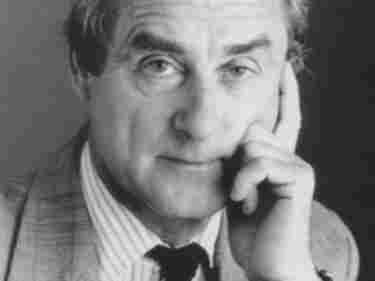 Journalist and author Harold Evans spent 14 years as the editor of The Sunday Times in London. His new book, My Paper Chase, looks back over his childhood, his career and his life in the United States. Little, Brown Publishers hide caption

Anyone writing a history of British journalism in the 20th century will need to use plenty of ink printing the name Harold Evans. And they'd do well to spend some time with the words Evans himself has committed to paper. His new book, My Paper Chase: True Stories of Vanished Times, covers Evans' life from his childhood in Manchester, his run as editor of the Sunday Times and his two decades in the United States.

During his tenure at The Sunday Times, Evans was known for pursuing stories that had been hidden or lost from public view. One of his most famous crusades was his drive to cover the stories of families who had been affected by use of the drug thalidomide. The sedative, prescribed to pregnant mothers, had been shown to cause birth defects in children, but the case to compensate families languished in the courts for years.

When Evans arrived at the paper in 1967, the story was an immediate priority.

"When I became editor of the Sunday Times, I thought I must check how these children are doing," Evans tells Steve Inskeep. He was stymied.

"I found that I wasn't allowed to check," Evans says. "Why? Because the Ministry of Health had refused to have a public inquiry. [So] the parents were forced to sue. And in England, if you start a legal case, nobody, nobody, nobody is allowed to look into the facts, still less campaign about it."

Nonetheless, the Sunday Times published photos of so-called thalidomide children, many born without arms or legs. The response to the pictures forced the issue into the light.

"When we began the campaign, actually, of course, we got massive support from the readers," he says. "Before the popular will could express itself, we had to do something which only a newspaper could do."

The British government didn't respond as enthusiastically. They took Evans to court, where they traded victories and appeals before eventually bringing the case before the European Court of Human Rights. Evans' triumph there forced the British government to reform its law that blocked free speech in cases of "manifest injustice," as Evans puts it.

Asked how journalism has changed since the days when he was at The Times, Evans recalls typing at his Underwood typewriter four carbon copies, but also notes that the focus of the press has shifted.

Evans left the Sunday Times in 1981 after it was acquired by Rupert Murdoch. Evans didn't discuss Murdoch or the specifics of his departure from the paper with Inskeep, but he has rough words for the owners of media corporations who, in his view, have lost sight of some of the key values of journalism.

"I think a certain commitment to the public good has vanished in the race for circulation," says Evans. "I think that is accentuated when you get newspapers taken over, as you have across America, by people who either borrow extensively to buy the paper, or never had any interest in what real journalism is about in the first place.

"The kind of investigative journalism, which I think is the absolute essence, is in danger and, in fact, in many places has vanished," Evans continues. "We have to have this searchlight to know what the hell is going on. So when newspapers or TV neglect reporting, so you get chunks of opinion without any factual basis whatsoever, we're all going to suffer for it." 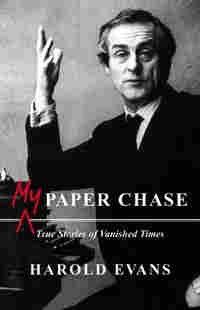 Chapter 15: Children on Our Conscience

When I first arrived at the Sunday Times, I longed to take up the cause of the thalidomide children. Some sixty-two of the abandoned families had begun civil actions in August 1962, while I was still with the Northern Echo, and the British law of contempt of court meant that their writs sealed the whole affair in a legal cocoon. Once the writs had been issued, it became illegal to bring out facts or comment on a pending trial, whether civil or criminal, on pain of a heavy fine or even jail. With thalidomide this meant that nothing could be published that might influence a judge until every case — every single case — had been settled by the courts. This is plainly a denial of free speech, but the common law had long held that this right of free speech had to be balanced by the right to a fair trial uncontaminated by outside pressure on any party or information or comment that might sway a judge or jury.

I'd had a narrow squeak in my first months at the Sunday Times when, thanks to a slip by a writer, compounded by a duty lawyer's misjudgment, we'd accidentally published the previous convictions of a man about to stand trial. I was personally exonerated, but the newspaper was fined 5,000. The thalidomide actions were in civil court, to be tried by a judge alone, but the law was no different. It didn't matter to the court that there had been no movement on the cases between 1962 and 1967. (Indeed, in 1973 a law lord referred to the eleven-year-old pending thalidomide cases as being "in the early stages of litigation.")

The families had been told by their lawyers on no account to talk to "mass media," but what we most wanted to know at this stage was how the disaster had occurred. Nobody at Distillers or Chemie Grunenthal would help, but we suddenly got the chance to look into the files of both companies. Reporter John Fielding brought a Dr. Montagu Phillips to see me. Phillips had been engaged by the families' solicitors, Kimber Bull, as a consulting pharmacologist and chemical engineer. He was a small, rumpled man who fidgeted a lot — not, I thought, likely to be impressive in the witness box under Wilmers's brand of interrogation — but he possessed ten thousand Distillers internal memoranda and reports that he said documented the scandal. They'd been made available through the legal process known as "disclosure," by which both sides are obliged to supply all relevant files. In short he was a whistle-blower, or what we called a FINK — fair insider with necessary knowledge. But was he "fair"? He had a grievance. His wife had taken thalidomide as a sleeping pill, which he believed was the cause of her irreversible nerve damage, known as polyneuritis. How much was that influencing his judgment? Moreover, he was breaking a legal honor code and was asking me to risk a breach of journalistic ethics: he wanted 8,000 to help care for his wife.

Was this the checkbook journalism I'd inveighed against on the television program What the Papers Say and in speeches criticizing newspapers that paid for the memoirs of criminals? I'd never done that. In the office and at home, I debated the ethics of paying him. It was a consideration that he offered us his technical advice and, more important, promised to keep us informed on what went on behind the closed doors of the legal negotiations. Every last doubt fell before my intense curiosity about what the documents revealed on the origins of the disaster. Was I to put my precious journalistic conscience before gaining access to crucial information that might never see the light of day if, as seemed likely, an out-of-court settlement was reached? No. We collected the documents, and I assigned the unflappable Phillip Knightley to evaluate them and prepare a narrative for publication sometime when we were free of legal restraint.

From My Paper Chase by Sir Harold Evans. Copyright 2009 by Harold Evans. Published by Little, Brown and Company. Used by permission of the publisher. All rights reserved. 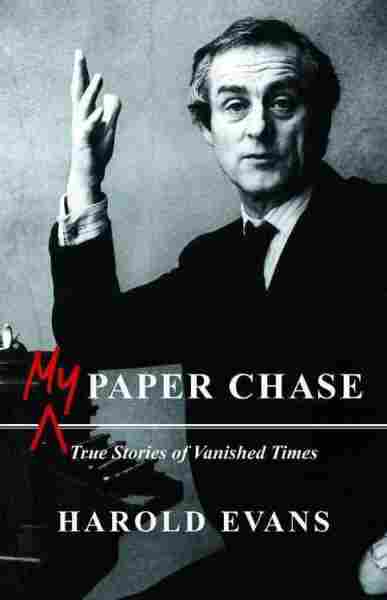