Accessibility links
Is Recession Causing Rise In Financial Crimes? Swindlers like Bernard Madoff may get most of the attention, but as the effects of the recession wear on, smaller-scale frauds are thriving. Companies are worried that the risk of white-collar crime is rising, and one of the main threats could be from their own employees. 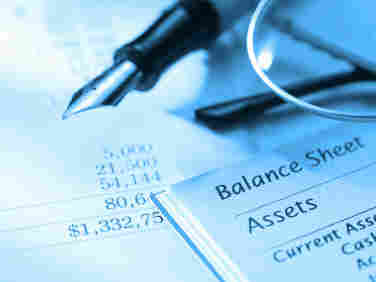 Companies worry the bad economy is heightening the risk of frauds, including from their own workers. iStockphoto.com hide caption

Massive financial fraud schemes like Bernard Madoff's multibillion-dollar Ponzi scheme may attract lots of headlines. But as the effects of the recession wear on, it's small-time financial crimes that are thriving, experts say.

Crimes such as mortgage fraud, identity theft and, particularly, employee-related schemes appear to be on the rise, according to Orin Snyder, a former federal prosecutor who is now a litigation partner in the New York office of Gibson, Dunn and Crutcher.

"There's no question that during the past year and a half, companies are reporting as a result of the financial contraction a spike in the kind of low-level, garden-variety frauds that in the aggregate can be very significant to companies: things like credit card fraud, insurance fraud and employee embezzlement," says Snyder. "We're also seeing an increase in data breaches and identity theft."

Companies are worried that all these kinds of frauds will continue to increase as the unemployment rate remains high.

As financial institutions take a closer look at employee fraud, they realize the problem is larger than they anticipated.

Some 36 percent of senior corporate executives believe that the general risk of fraud has increased because of the recession, according to a new survey commissioned by Kroll, a risk consulting firm. Only 5 percent say the risk is lower.

At the same time, the risk probably has dropped when it comes to the large-scale financial frauds. Such frauds are harder to pull off in good times, when "investors and the government tend to overlook what turn out later to be obvious indications of misconduct because the returns are flowing in nicely," says Anton Valukas, the chairman of Jenner and Block, a national law firm, and a former U.S. attorney in Illinois.

Take the Madoff case, for example. His scam was hatched as the stock market soared. The scam was only revealed last December, in large part because the economy had tanked.

Some of the best indicators of the levels of financial crime come from companies themselves, which often handle fraud cases internally, without involving local or federal authorities.

Companies often don't file police reports because they want to avoid embarrassing publicity and because many firms see their own employees as some of their biggest fraud threats, particularly as more employees are laid off or have seen their pay reduced.

More than three-quarters of risk managers at financial services firms say that employee fraud has been increasing during the recession, according to a separate survey by Actimize, which provides risk-management software to financial firms.

The crimes include embezzlement plots, organized thefts of corporate or customer data by insiders, or even acts of sabotage by disgruntled employees. Risk managers say they are most worried about administrative staffers, back-office employees, traders and tellers.

Kroll's Global Fraud Report concludes that companies saw overall levels of fraud remain constant in the past year compared with the year before, but its survey revealed marked differences between industries.

Construction companies said frauds have fallen, likely because their business has tailed off so dramatically during the recession. But the financial services sector reported a sharp rise, with more than half of the respondents saying the economic crisis led to a rise in the number of fraud cases at their firms.

Online crimes also appear to be increasing sharply. The number of complaints about online fraud jumped by a third in 2008 to more than 275,000, according to the Internet Crime Complaints Center, a joint operation of the FBI and the National White Collar Crime Center. Researchers at the latter say that the recession is driving the number of complaints even higher this year, with the figure on track to hit 350,000 by the end of 2009.

Some of the rising crime appears to be directly tied to the economy. FBI officials say they are dealing with a rising number of mortgage fraud cases, in part because the bureau helped establish more than 50 task forces nationwide to look into the problem. Another area to watch in the coming months: foreclosure-related fraud.

Economic desperation may be driving some of the crime. But with corporate America — particularly the financial sector — receiving much of the blame for driving the economy into recession, there may be an additional component as well.

"People are not looking at these big companies as a successful part of society," says Jason Boone, a research assistant at the National White Collar Crime Center, a nonprofit organization that works with law enforcement agencies. "They are looking at them as part of the problem. So what's holding them back from taking a little bit extra?"