Accessibility links
A Wall, A War, And A Black And White World Essayist Jeff Gates was a fresh college graduate when he packed his bags for seven months in Europe. When he jumped at the chance to cross into East Germany, he learned that while life looked similar, the Berlin Wall separated more than just a plot of land.

A Wall, A War, And A Black And White World

A Wall, A War, And A Black And White World 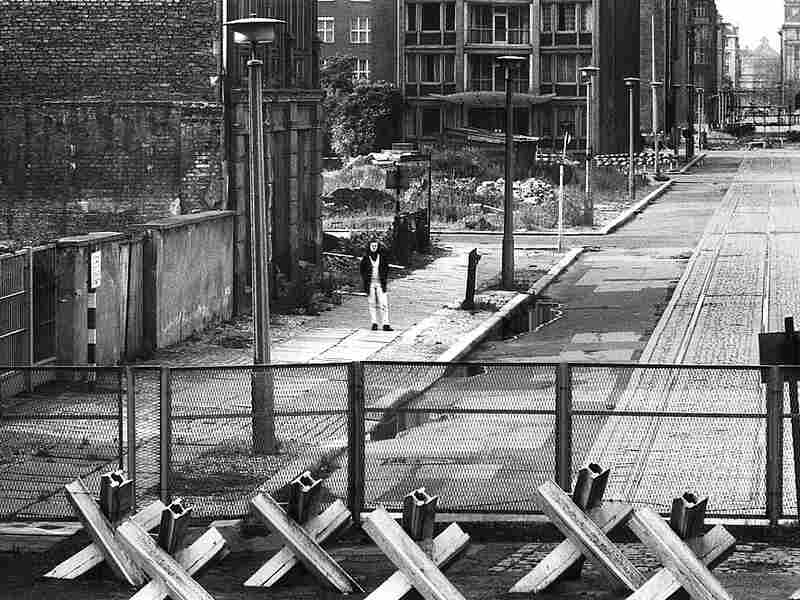 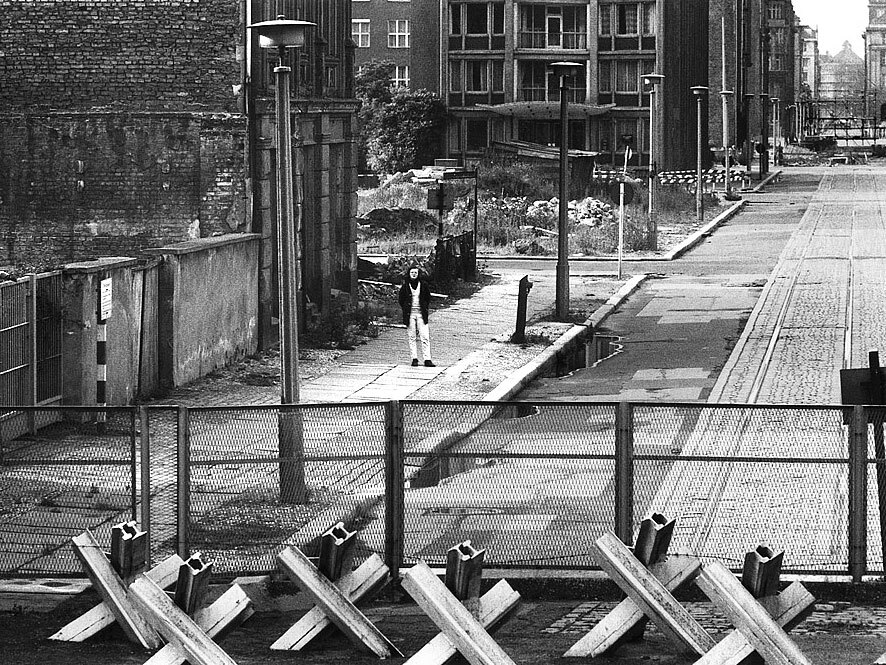 In 1974, I was a fresh college graduate when I decided to embark on my first trip abroad. I spent seven months traveling in Western and Eastern Europe, exploring my longtime interest in borders. Even knowing a bit of history, they just seemed so arbitrary. To think there was a man-made demarcation line where one side abided by one set of rules and the other side by another was profoundly intriguing.

My attraction to the epitome of borders, the Iron Curtain, was inevitable. Growing up in America in the 1950s and 1960s, this border was emblematic of the line between light and dark, good and evil. And I wanted to experience it firsthand to see just how black and white things really were.

I hitchhiked to Berlin in a bakery truck. Westerners could not stop in East Germany but had to transit nonstop to West Berlin — and the deliveryman was going the entire way. But the landscape didn't seem to change as we crossed that border. Nothing seemed out of place.

The man turned and walked back around the corner. An East German police car followed him. ... No one moved. No one spoke.

All Americans had to cross into East Berlin by foot, and there were only a few checkpoints we were allowed to use. I was herded into a small processing room at one of these crossings with many others, all of us crammed in wall-to-wall. But once on the other side, I still remember my initial reaction as I exited into the open sunlight: The sky was still blue, and the grass was still green. I looked for people "shackled by the chains of Communism," but what I encountered didn't match the stark differences I had been taught. 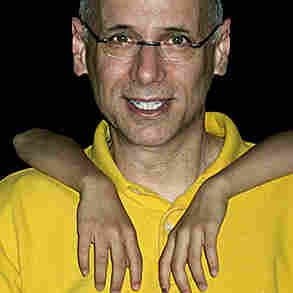 I spent the rest of my stay in the city following the wall on both sides of the border. When I got to Checkpoint Charlie, there was a platform we could walk up to that gave a good view at this ground zero of the Cold War. Except for a small family of West Berliners, I was alone. Suddenly, on the other side, a man appeared from around the corner. He stopped and stared at us. It hit me with a rush that he had come to see and be seen by the family standing next to me. They conversed in silence.

After about 10 minutes, the man turned and walked back around the corner. An East German police car followed him. The abandoned buildings along the wall blocked our view, and we waited. No one moved. No one spoke.

Fifteen minutes later, the man once again walked around the corner. This time, he turned in the other direction and gingerly skipped down the street, a sign that all was well. The tension on our platform broke, and the family began to talk and smile.

The grass was green and the sky was blue. But it was very black and white.

Jeff Gates is lead producer of new media initiatives at the Smithsonian American Art Museum. His photographs and writings can be found at Life Outtacontext.