Accessibility links
Movie Review - '2012' - When Disaster Strikes (And Strikes, And Strikes) Roland Emmerich's latest cinematic apocalypse posits that the end of the world is due in a little over three years from now. Critic Bob Mondello says it's surprisingly convincing — at least in the sense that by the time it's over, you'll feel like it is 2012 already, and you'll have such a headache that it'd be kind of nice if the whole world went away. 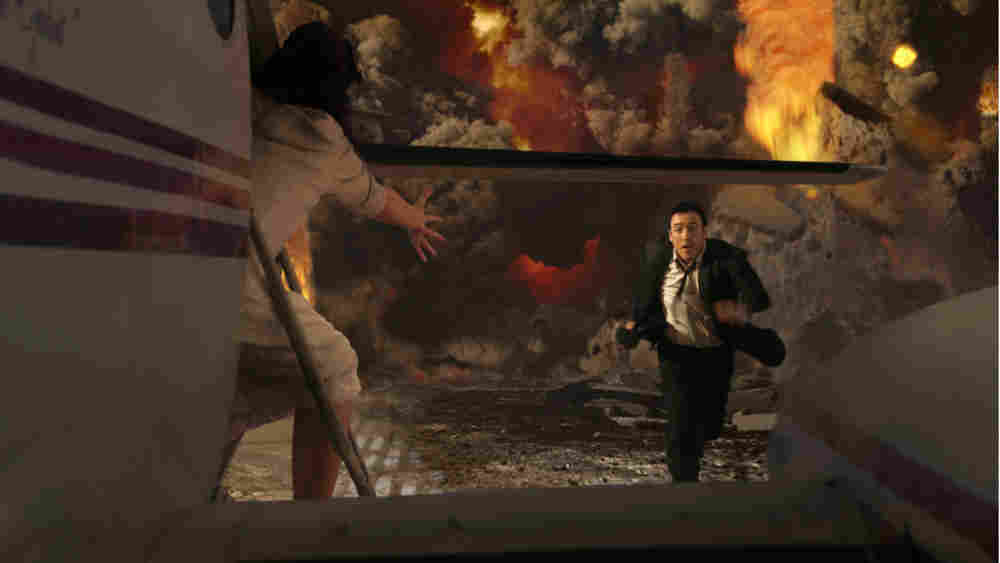 Jackson Strive: The movie might be shorter if he were just a little slower, but John Cusack's bookish Jackson Curtis always manages to stay a step ahead of the advancing abyss. Columbia Tristar Marketing Group hide caption

Say this for Roland Emmerich's latest movie: It is a disaster.

Granted, for maybe an hour of its running time, 2012 is a reasonably kinetic catastrophe. Anyone who's seen the director's previous pictures (Godzilla, Independence Day, The Day After Tomorrow) has to have known that he and his army of digitizers would arrange for the world to end not with a whimper but with a particularly showy bang.

But when the Earth isn't swallowing up whole cities or belching lava at low-flying planes, the poor actors keep opening their mouths, and that proves problematic. When they're screaming it's fine, but all too often they make the mistake of trying to explain what's going on.

California, you see, is falling apart, not from budget problems but from a shift in the Earth's crust. The shift has been caused — the actors tend to talk very fast when science comes up, so I may have misheard this — by solar flares heating up the Earth's core. Or by a weird alignment of the planets, as predicted by the Maya. Or maybe both.

Whatever: The powers that be have somehow managed to hide the coming calamity from everyone on Earth except for one Los Angeles limo driver (John Cusack). And lucky for him, the apocalypse doesn't affect cell phone coverage, so he can call his ex-wife (Amanda Peet) and get her to pile the kids into the limo just seconds before their house crumbles. Also piling in, to his initial consternation, is his wife's new boyfriend (Thomas McCarthy); happily, he has taken a few weeks of flying lessons and will come in handy later.

From there, the family starts a mad scramble, seemingly to stay in the path of whatever new catastrophe nature throws their way. On the ground, they're chased by some surprisingly linear earthquakes; in the air, they dodge not just volcanic ash but flying subway trains.

And then — after much digitized North American carnage and a bit of comic distraction from an amusingly addled Woody Harrelson — comes the worldwide deluge, with waves crashing over the Himalayas. 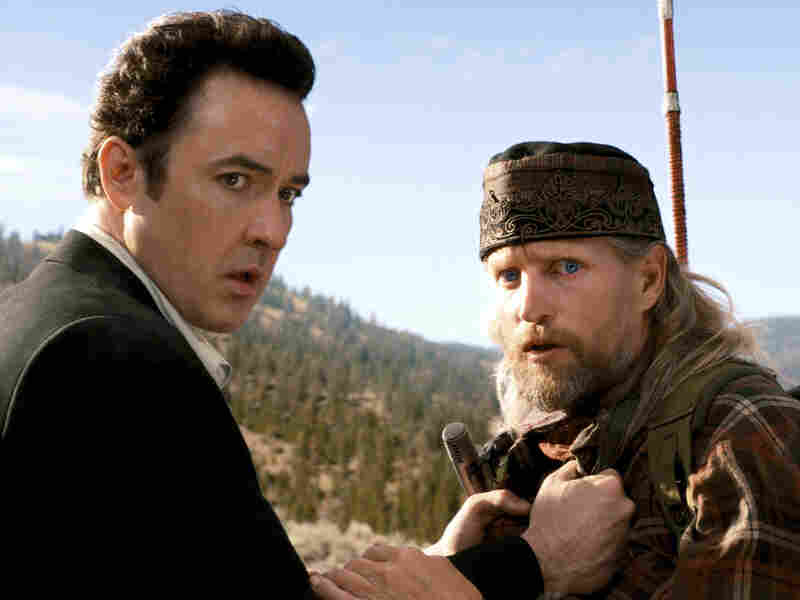 Many silly notions get advanced in 2012, not least among them the idea that Woody Harrelson (right) is the one nongovernmental guy who has seen the trouble coming. Columbia Pictures hide caption 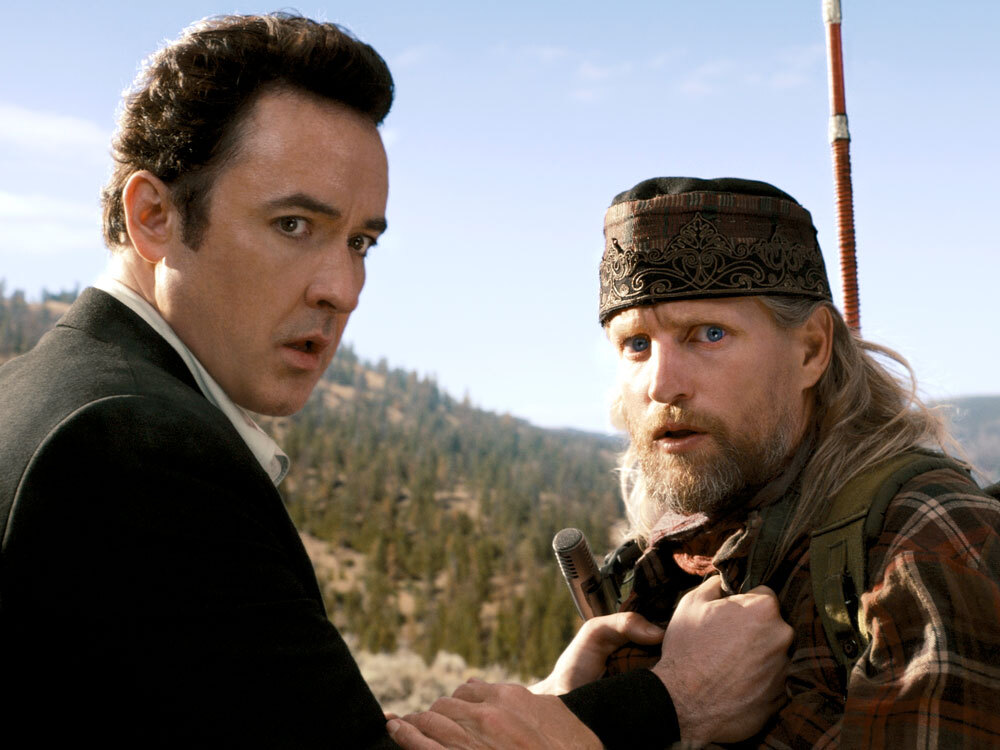 Many silly notions get advanced in 2012, not least among them the idea that Woody Harrelson (right) is the one nongovernmental guy who has seen the trouble coming.

Say what you will about the excess, but you have to admit that Emmerich hasn't lost his flair for destroying major landmarks: Who but this disaster-porn artiste would think to go bowling with St. Peter's dome? Still, his insistence on both quoting and topping every disaster movie from The Poseidon Adventure to Home Alone does make the End Times seem pretty much endless.

There's perhaps 40 minutes of cheesy but genuinely spectacular special effects — the stuff you came for — and two additional hours of painfully idiotic plot. Trust me, your mind will wander as a lapdog is reunited with its mistress and the president's daughter (Thandie Newton) finds true love with a rather full-of-himself geologist (Chiwetel Ejiofor).

It's nice to see that none of these folks is overly troubled by the death of the planet's 6 billion other inhabitants. But then you won't be, either, which is sort of the magic of this movie: By the time it's over, you'll feel like it is 2012 already, and you'll have such a headache that it'd be kind of nice if the whole world went away.