Accessibility links
Babies May Pick Up Language Cues In Womb A new study reveals that the melody of a newborn's cries seems to be influenced by the sound of the parents' native tongue. The findings suggest that crying infants may be imitating the patterns of the language they heard before they were born. 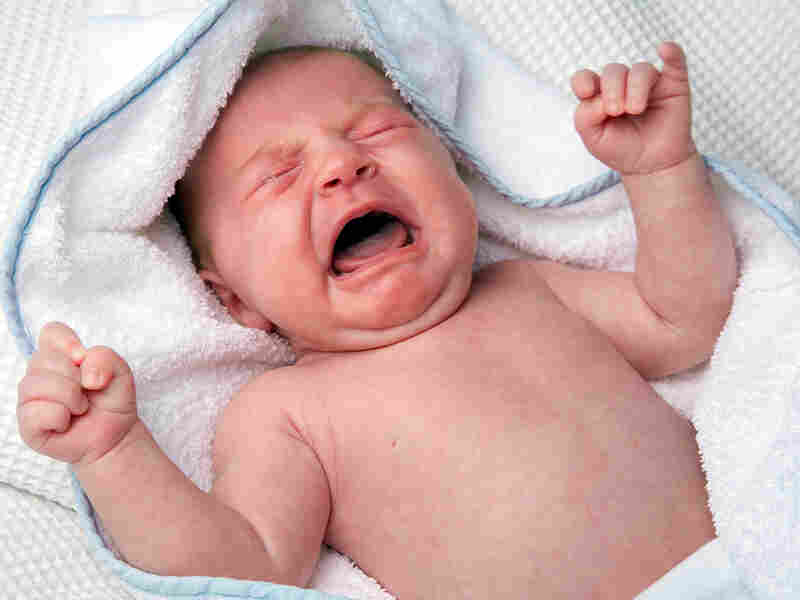 A new study suggests that crying infants may be imitating the patterns of the language they heard while in the womb. iStockphoto.com hide caption 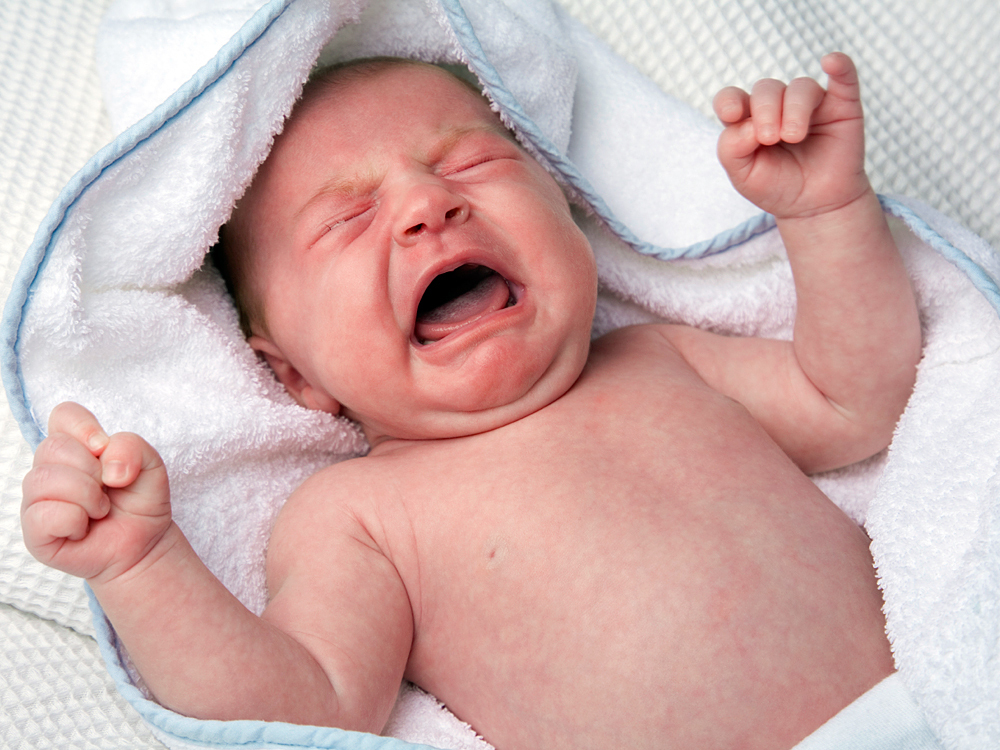 A new study suggests that crying infants may be imitating the patterns of the language they heard while in the womb.

The distinctive sounds of a newborn's first cries may be influenced by the mother tongue of its parents.

The finding suggests that newborns just a few days old may already be trying to imitate the prevailing intonation patterns of the language they heard while still in the womb.

"I think French and German are quite different with respect to their intonation patterns," says Kathleen Wermke of the Center for Prespeech Development and Developmental Disorders at the University of Wurzburg in Germany. She says that in French, intonation is characterized by a pitch rise at the end of words or phrases, while the German language has a falling pattern.

Those differences are mirrored in the differences seen in newborns' cries, according to a report in the journal Current Biology.

Of course, both groups of infants were capable of producing different types of cries, says Wermke.

But in general, she says, "the dramatic finding was that the French prefer to produce those having their pitch maximum at the end, while the Germans did not."

Newborns are likely highly motivated to imitate their mothers in order to enhance bonding, she and her colleagues argue.

"If we would have compared German and English newborns, we probably would have found not such a strong difference," says Wermke, because their intonation patterns are more similar to each other.

A Surprising Amount Of Vocal Control

Previous studies have already shown that newborns appear to show a preference for melodies that they heard prenatally. And Toben Mintz, associate professor of psychology and linguistics at the University of Southern California in Los Angeles, says scientists already knew that newborns can distinguish different languages, probably based on rhythmic patterns.

"But what is really novel about this study is showing that they can actually produce these patterns in their cries," Mintz says. "Crying is not linguistic, yet they seem to be echoing the acoustic patterns that they've heard either in utero or every early on, very early exposure, right after birth."

He says it's surprising that such young infants have this degree of vocal control. "That is quite astonishing that they can do this so early on, and it suggests some sort of innate mechanisms that form this link," he says.

Even though most new parents concentrate on trying to stop a baby's crying, Wermke says, the take-home message for her is that people should also listen more carefully and truly appreciate the complexity of a baby's first sounds.

"I think we should be more aware that crying is a language itself," she says, "and the baby is really trying to communicate with us by its first sounds already."