Accessibility links
Liz Taylor: A Leading Lady For Life From her multiple marriages to her diamond collecting, a new biography by William Mann — aptly titled How to Be a Movie Star — details the dramatic life of one of Hollywood's all-time leading ladies. "Elizabeth always loved living large, and it served her very well," he says.

Elizabeth Taylor: 'How to Be a Movie Star'

To simply say Elizabeth Taylor is a movie star is something of an understatement — the British-born beauty is one of Hollywood's all-time leading ladies. But her larger-than-life celebrity comes in large part from her dramas off the screen — her multiple marriages, her diamond-collecting, her yo-yo dieting. 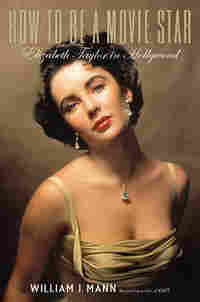 'How To Be A Movie Star' By William Mann

A new biography — aptly titled How to Be a Movie Star — provides new details about Taylor's dramatic life story. As biographer William Mann tells NPR's Michele Norris, Taylor's formula for success was simple: She knew what she had, and she knew how to use it. Just when the public was ready to cast her as a has-been, she knew how to reinvent herself.

"Elizabeth always loved living large, and it served her very well," Mann says. "She was the woman swathed in mink and ermine, and dripping with diamonds and emeralds."

But the lavish lifestyle wasn't born out of arrogance, Mann insists; there was simply a sense of the way a major movie star was supposed to live.

Taylor played a series of sirens (in Suddenly, Last Summer; BUtterfield 8 and Cat on a Hot Tin Roof) during a time when Hollywood was grappling with how to deal with sexuality onscreen.

"She became very sophisticated in terms of sex and in terms of relationships," Mann says, "not only in her films, but in her personal life."

Taylor was still married to her fourth husband, Eddie Fisher, when she fell in love with Richard Burton in Rome. Just 10 years earlier, Ingrid Bergman had been banished for having a child with a man to whom she was not married. Nevertheless, Taylor chose to deal with her own affair very openly, Mann says:

"Rather than apologize for [the affair], she stood up and honestly said, 'This is what happens. Life sometimes is messy. We're sorry if we hurt anybody, but we can't deny the fact that we're in love.' And instead of pushing the public away, I think it nudged them along a little bit in their own understanding of sex and relationships."

'Never Had An Acting Class'

Taylor's sophistication played out in her acting as well — she was more precise and accomplished as an actress than she's often given credit for.

"When she had the right director, when she had good material, she could more than rise to the occasion," Mann says. He names A Place in the Sun, Giant, Cat on a Hot Tin Roof and Who's Afraid of Virginia Woolf? as just a few examples of her notable performances.

"She just really explodes on the screen," Mann says of Taylor's performance as Martha in Virginia Woolf. "We get frustrated with her, but we also have great compassion for her, and that's remarkable acting. That's a remarkable achievement for a woman who had never had an acting class."

Despite her diva-esque tendencies, Taylor had compassion for the non-movie stars in her life. Mann says there was one day during the filming of Who's Afraid of Virginia Woolf? when her scene was interrupted by a stagehand snoring in the rafters. Taylor came to his defense.

"She identified with these blue-collar workers who were working there," Mann says. "They had been her family ever since she was a little girl ... all of the technicians on the set. So she didn't want this poor guy fired." (And, in the end, he wasn't.)

Still In The Spotlight 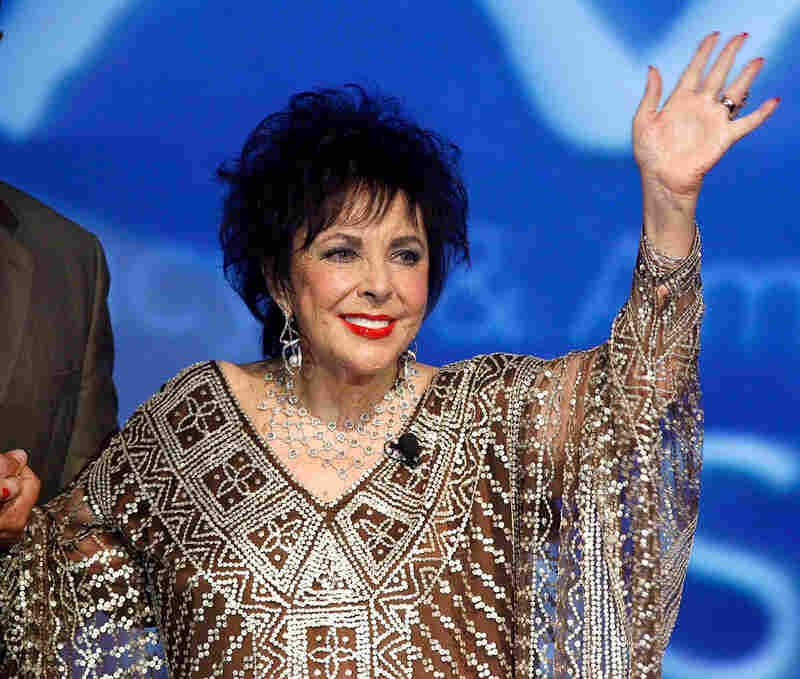 Taylor is now 77 — but don't let that fool you. She has posted frequently on Twitter (you can follow her @DameElizabeth) — even as she was on her way into heart surgery in October. Vince Bucci/Getty Images hide caption 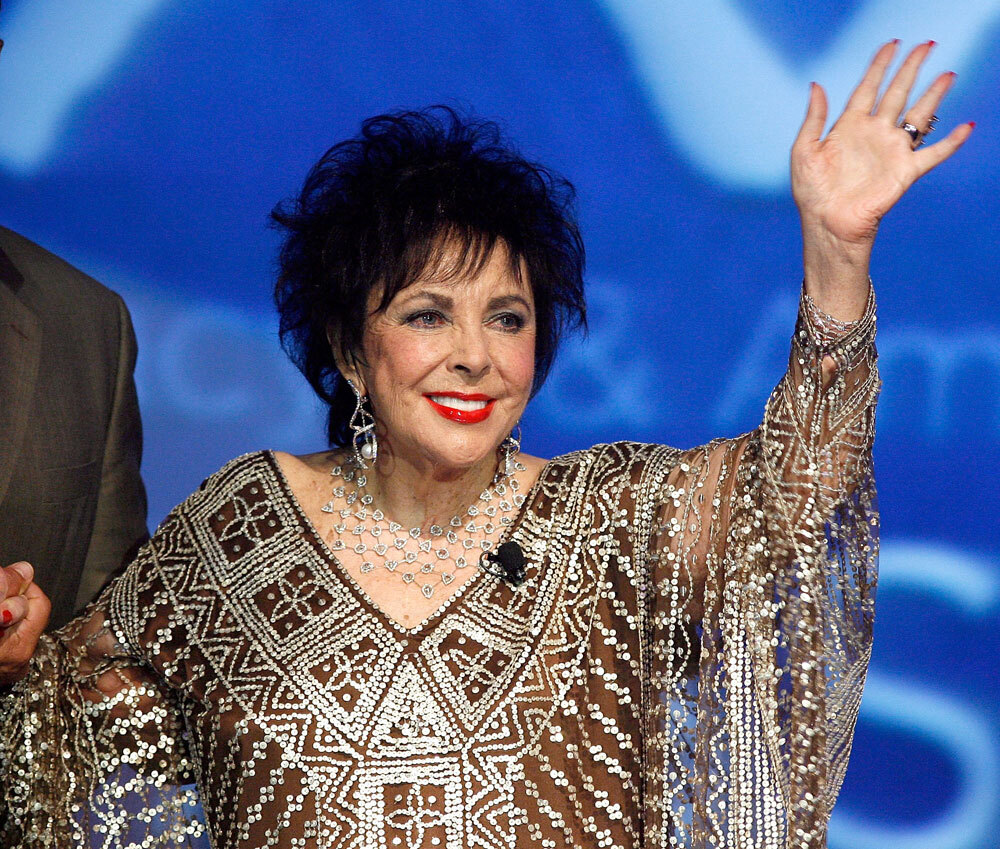 Taylor is now 77 — but don't let that fool you. She has posted frequently on Twitter (you can follow her @DameElizabeth) — even as she was on her way into heart surgery in October.

Mann clearly has great affection for Taylor, and critics are already accusing him of dealing with her story with a gloved hand.

"They say that I've fallen in love with my subject," Mann says. "I think in some ways, you have to fall in love with your subject if you're really going to get inside them."

Still, Mann says he cast a critical eye on the pettiness that came along with Taylor's stardom.

"I think Elizabeth really deserves a lot of that respect and accolades, but I think there were moments where I certainly was critical of her narcissism, as well."

Now, many decades after Taylor first became famous as one of Hollywood's most beautiful leading ladies, she still knows how to command the spotlight. Coming out of heart surgery in October, Taylor tweeted: "Dear Friends, My heart procedure went off perfectly. It's like having a brand new ticker. Thank you for your prayers and good wishes."

"The people around her are brilliant," Mann says. "They know how to keep her name in the public. So she's actually been tweeting — going into the operating room, coming out of the operating room. And by doing that, she gets people talking about her, which, after all, is the whole point of the game."

Excerpt: 'How To Be A Movie Star'

For once the sun overhead was the brightest object around. On a warm morning in September 2006, Elizabeth Taylor, seventy-four, left the diamonds at home and boarded a sightseeing boat, the Kainani, off the northern coast of Oahu. Wearing a baggy white t-shirt over a one-piece bathing suit, she gripped the arms of her black wheelchair tightly as the craft zipped out of Haleiwa Harbor. Slapping against the waves of the Pacific, the 32-foot Kainani was a far cry from the Kalizma, the floating palace with seven cabins and two staterooms on which Taylor had once navigated the world. But a leisurely cruise was not what the two-time Academy Award-winner had in mind.

Three miles out to sea, the Kainani arrived at what its captain called "the shark grounds." Not long before, on another excursion, Elizabeth had sat forlornly while her friends dropped off the side of the boat in a plexiglass cage to swim with Galapagos sharks. Alone on deck, she'd stewed; the sidelines had never been for her. So she'd insisted on another trip--and this time no one was going to stop her from going down.

In the months leading up to this day, the papers had been filled with tales of Elizabeth Taylor being "near death" or half-mad from Alzheimer's. She'd gone on Larry King Live to dispel the rumors, but she knew there were ways of making the point a bit more vividly. So, slowly and determinedly, she rose from that damn chair. Handed an eye mask, she followed instructions to spit into it so that the plastic wouldn't fog up underwater. Then she slipped the thing on and bit down on the snorkel. Pushing aides aside, she stepped into the ten-by-six-foot cage. Lured by the engine, the sharks were already circling. With a pull of a lever and a wave from the star, the cage slid below the surface of the ocean.

Of course, it wasn't the first time Elizabeth Taylor had gone head-to-head with sharks. She'd tangled with lots of them: demanding studio chiefs, overbearing directors, bluenose columnists, greedy husbands. And she'd done so with a shrewdness and a keen understanding of just how a star went about getting what she wanted. "She was always in control," said her friend, photographer Gianni Bozzachi. "She did not seek fame but she knew how to use it. She was very smart. People don't know how smart." Some chroniclers, perhaps too dazzled by the violet eyes and the glittery melodrama of her life, have missed that salient point. But, in fact, long before our own celebrity age, Elizabeth Taylor set down the template for How to Be a Movie Star. So many of the tricks of the trade can be traced right back to her.

When the cage finally resurfaced, Taylor smiled at the photographer who was there to record the moment. Her scarlet nails, still perfectly manicured, sparkled in the sun. Getting into that shark cage, she later told columnist Liz Smith, was "the most exciting thing" she'd done in her life — which was saying a lot. Within a short time, the photos and news of her adventure had zoomed around the world. Soon there was buzz of an eighth marriage and a possible lead in the film version of the musical Sunset Boulevard. So much for death's door, baby.

Excerpted from How To Be A Movie Star: Elizabeth Taylor In Hollywood by William J. Mann, copyright 2009. Reprinted by permission of Houghton Mifflin Harcourt Publishing Company. All rights reserved. 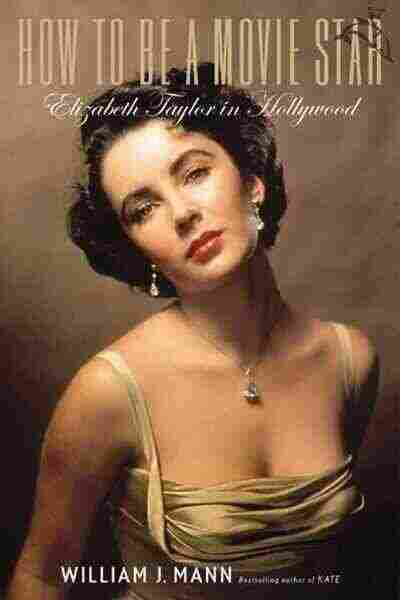 How to Be a Movie Star

Title
How to Be a Movie Star
Subtitle
Elizabeth Taylor in Hollywood
Author
William J. Mann