Accessibility links
Refusing Flu Shots? Maybe You're A 'Denialist' At the Ocean Charter School near Marina del Rey, Calif., 40 percent of the 2008 kindergarten class received vaccination exemptions. Author Michael Specter says the parents in this upscale enclave are prime examples of what he calls "denialism." 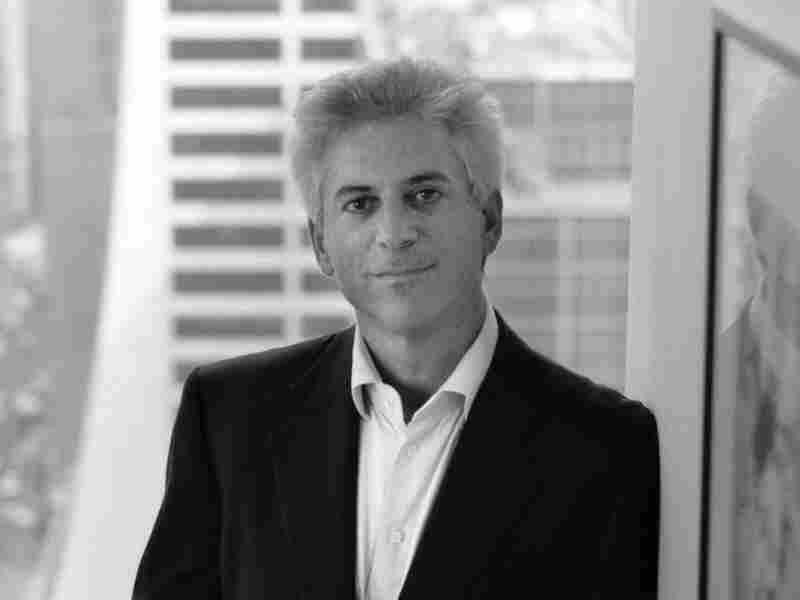 Michael Specter writes about science and technology for The New Yorker. hide caption 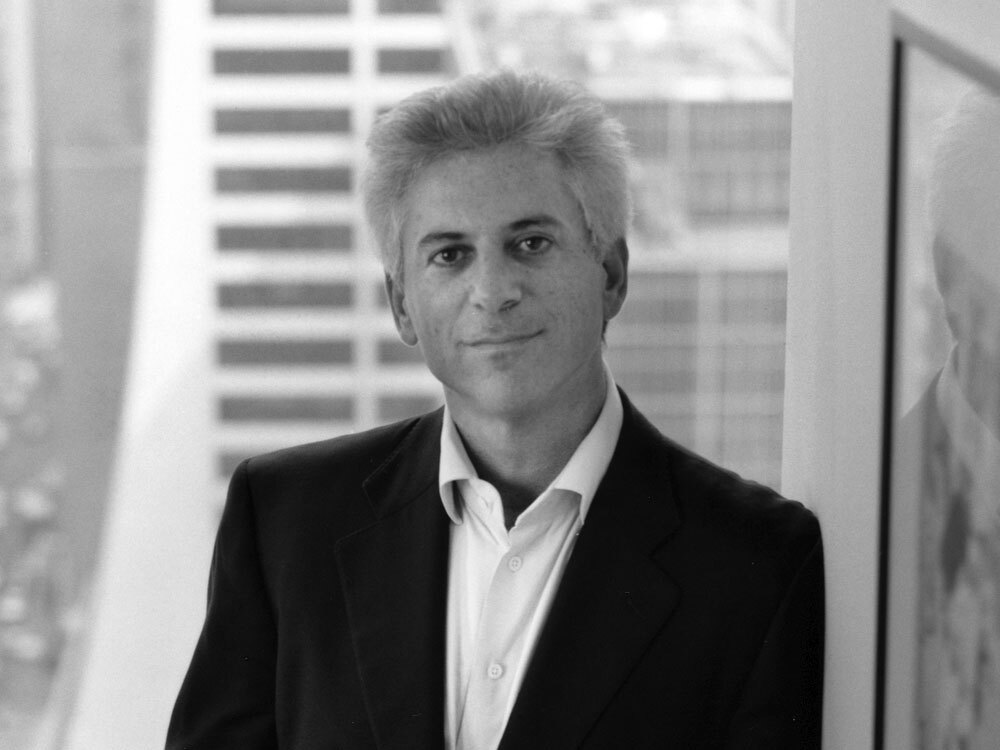 Michael Specter writes about science and technology for The New Yorker.

Nearly 20 percent of the families in Vashon Island, Wash., aren't getting their children vaccinated against childhood diseases. At the Ocean Charter School near Marina del Rey, Calif., 40 percent of the 2008 kindergarten class received vaccination exemptions. Author Michael Specter says the parents in these upscale enclaves are prime examples of what he calls "denialism."

That's also the title of his new book, . "We can all believe irrational things," the author of Denialism tells NPR's Scott Simon. "The problem is that I think an increasing number of Americans are acting on those beliefs instead of acting on facts that are readily present."

The Motives And Consequences of 'Denialism'

But the Vashon Island and Marina del Rey communities aren't places where religious or cultural traditions argue against vaccinations --- like the Amish or Jehovah's Witnesses.

Instead, they believe vaccinations are harmful to their children, citing stories they've heard about mistakes by doctors or pharmaceutical fraud.

But, Specter says, when parents make that decision, they focus on the one-in-10-million chance that a vaccine could kill a child and ignore the one-in-1,000 chance that a disease will do so. "These people retreat into denialism," he says. "It's like denial, but writ large, [because] this has consequences."

Those consequences don't just affect the children who go unvaccinated, but everyone they interact with as well, Specter adds. He points out that diseases like measles, which had almost been eradicated in North America, are now coming back.

The Fetish Of Organic Food

"Denialism," the author says, is evident in far more than vaccination rates. Take organic food. Specter considers himself a fan, but he draws the line at demonizing genetically engineered food.

"In other parts of the world," he says, "a billion people go to bed hungry every night. Those people need science to help them. It isn't about whether people want to go to Whole Foods or not ... The thing that killed the most people in the history of the world — except maybe for insects --- was pure water and natural, untreated food."

He argues that some people look at "natural" products, such as vitamins, and think that they're automatically good. But, he argues, "it's no different than anything else you swallow." 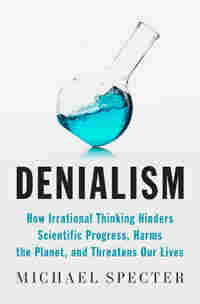 The most blatant forms of denialism are rarely malevolent; they combine decency, a fear of change, and the misguided desire to do good — for our health, our families, and the world. That is why so many physicians dismiss the idea that a patient's race can, and often should, be used as a tool for better diagnoses and treatment. Similar motivations — in other words, wishful thinking — have helped drive the growing national obsession with organic food. We want our food to taste good, but also to be safe and healthy. That's natural. Food is more than a meal, it's about history, culture, and a common set of rituals. We put food in the mouths of our children; it is the glue that unites families and communities. And because we don't see our food until we eat it, any fear attached to it takes on greater resonance.

The corrosive implications of this obsession barely register in America or Europe, where calories are cheap and food is plentiful. But in Africa, where arable land is scarce, science offers the only hope of providing a solution to the growing problem of hunger. To suggest that organic vegetables, which cost far more than conventional produce, can feed billions of people in parts of the world without roads or proper irrigation may be a fantasy based on the finest intentions. But it is a cruel fantasy nonetheless.

Denialist arguments are often bolstered by accurate information taken wildly out of context, wielded selectively, and supported by fake experts who often don't seem fake at all. If vast factory farms inject hormones and antibiotics into animals, which is often true and always deplorable, then all industrial farming destroys the earth and all organic food helps sustain it. If a pricey drug like Nexium, the blockbuster "purple pill" sold so successfully to treat acid reflux disease, offers few additional benefits to justify its staggering cost, then all pharmaceutical companies always gouge their customers and "natural" alternatives — largely unregulated and rarely tested with rigor — offer the only acceptable solution.

We no longer trust authorities, in part because we used to trust them too much. Fortunately, they are easily replaced with experts of our own. All it takes is an Internet connection. Anyone can seem impressive with a good Web site and some decent graphics. Type the word "vaccination" into Google and one of the first of the fifteen million or so listings that pops up, after the Centers for Disease Control, is the National Vaccine Information Center, an organization that, based on its name, certainly sounds like a federal agency. Actually, it's just the opposite: the NVIC is the most powerful anti-vaccine organization in America, and its relationship with the U.S. government consists almost entirely of opposing federal efforts aimed at vaccinating children.

Fifty years ago, we venerated technology. At least until we placed our feet on lunar soil, our culture was largely one of uncritical reverence for the glories that science would soon deliver. The dominant image of popular American culture was progress. TV shows like Star Trek and The Jetsons were based on a kind of utopian view of the scientific future. Even the Flintstones were described as a "modern" Stone Age family. We were entering an era without disease or hunger. If we ran out of water we would siphon salt from the seas and make more; if nature was broken we could fix it. If not, we could always move to another planet.

That vision no longer seems quite so enchanting. No doubt our expectations were unreasonable — for science and for ourselves. We also began to recognize the unintended consequences of our undeniable success. About a month before Neil Armstrong made his large step on the moon, the heavily polluted Cuyahoga River erupted in flames near Cleveland, creating an indelible image of industry at war with nature. A few years later, in 1976, Karen Ann Quinlan was removed from life support, igniting the first horrific battle of the modern era over how we live and die. The end of the decade was marked by the ghastly accident at Three Mile Island, which showed more clearly than ever that the effects of the Industrial Revolution were not all benign. The thalidomide disaster, mad cow disease, even the dramatic and sustained lies of Big Tobacco have all contributed to the sense that if the promise of science wasn't a lie, it wasn't exactly the truth either.

Today the image of a madman whipping up a batch of smallpox, or manufacturing an effective version of bird flu in his kitchen, while not exactly as easy as baking a cake, is no longer so far-fetched. Indeed, if there is anything more frightening than the threat of global nuclear war, it is the certainty that humans not only stand on the verge of producing new life forms but may soon be able to tinker with them as if they were vintage convertibles or bonsai trees.

Our technical and scientific capabilities have brought the world to a turning point, one in which accomplishments clash with expectations. The result often manifests itself as a kind of cultural schizophrenia. We expect miracles, but have little faith in those capable of producing them. Famine remains a serious blight on humanity, yet the leaders of more than one African nation, urged on by rich Europeans who have never missed a meal, have decided it would be better to let their citizens starve than to import genetically modified grains that could feed them.

Food is a compelling example of how fear has trumped science, but it is not the only evidence that we are waging a war against progress, rather than, as Peter Melchett would have it, against nature. The issues may be complex but the choices are not: we are either going to embrace new technologies, along with their limitations and threats, or slink into an era of magical thinking. Humanity has nearly suffocated the globe with carbon dioxide, yet nuclear power plants that produce no such emissions are so mired in objections and obstruction that, despite renewed interest on every continent, it is unlikely another will be built in the United States. Such is the opposition to any research involving experiments with animals that in scores of the best universities in the world, laboratories are anonymous, unmarked, and surrounded by platoons of security guards.

Excerpted from Denialism: How Irrational Thinking Hinders Scientific Progress, Harms the Planet, and Threatens Our Lives, by Michael Specter. Reprinted by arrangement with The Penguin Press, a member of Penguin Group (USA), Inc. Copyright (c) November 2009. 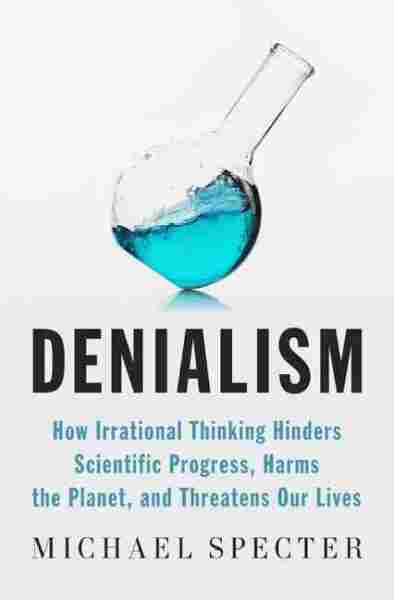 How Irrational Thinking Hinders Scientific Progress, Harms the Planet, and Threatens Our Lives