Accessibility links
Money In A Bottle: The Celebrity Scent Business If you walk down the cosmetics aisle of any big store, you might mistake the perfume collection for the guest list to a Hollywood party. But star-studded scents account for only about 10 percent of fragrance sales; their value is the publicity. 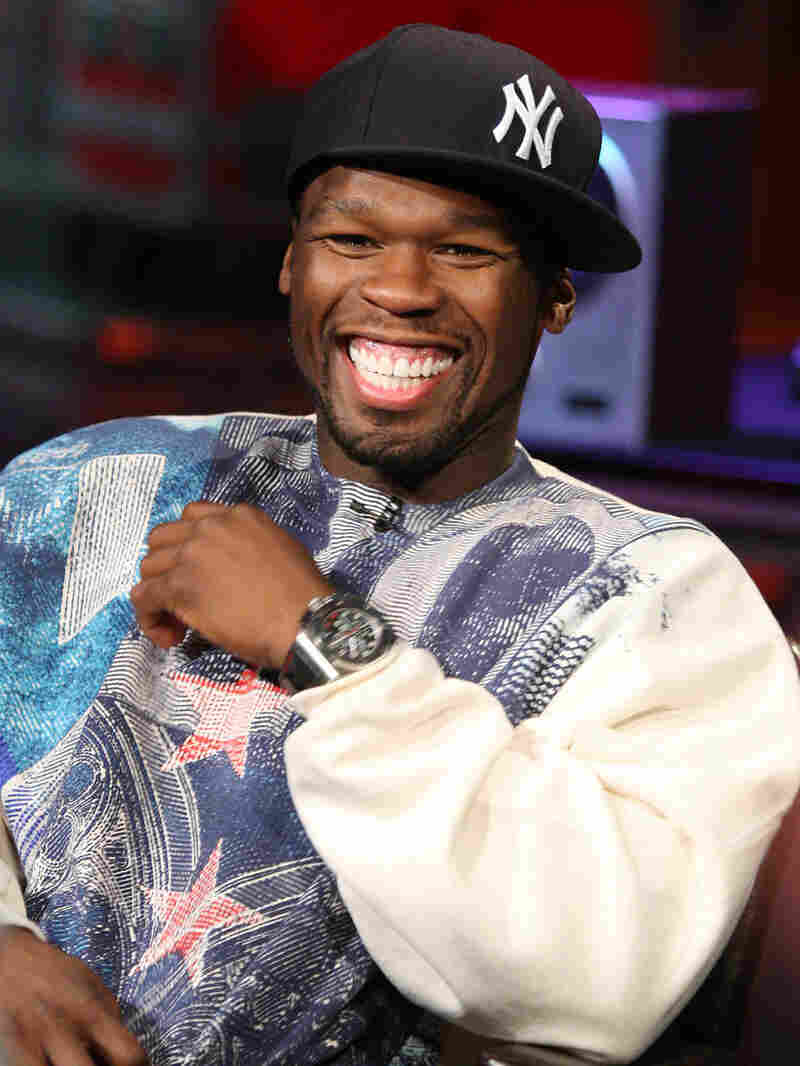 The recording artist 50 Cent during a television interview. The artist also made an appearance at Macy's to debut his new fragrance, Power by 50. Amanda Schwab/StarPix via AP hide caption 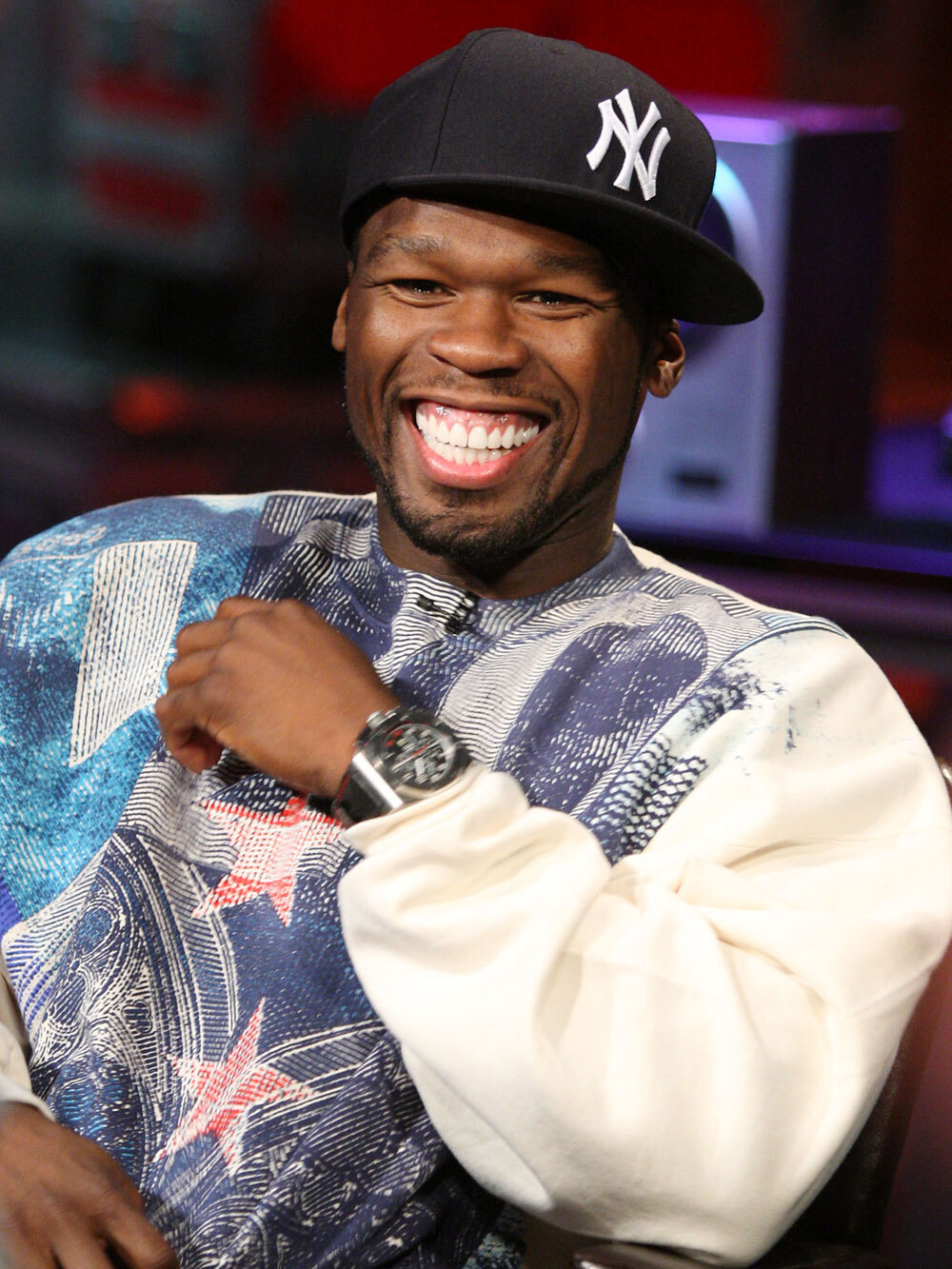 The recording artist 50 Cent during a television interview. The artist also made an appearance at Macy's to debut his new fragrance, Power by 50.

If you walk down the cosmetics aisle of any big store, you might mistake the perfume collection for the guest list to a Hollywood party.

Nowadays, there are more new fragrances released in a year than there were in the 1970s and 1980s combined. The numbers are staggering — at least 500 — each year. So perfuming is a competitive game.

And this week, there's a formidable new player on the scent scene — rapper 50 Cent.

"I really feel like it's the smell of success," 50 Cent says of his new fragrance, Power by 50.

Success is literally wafting in the air at Macy's in Midtown Manhattan. Fans stream out the door and around the block. If they buy a bottle of his new cologne, they get to take a picture with 50 Cent.

Laquana Booker from New Jersey waited in line for four hours for the opportunity. Why? "I love 50," she says. "You know, he's a great businessman of our time and he's young and he's a great inspiration for me."

Perfume is such a big industry that The New York Times even has a scent critic to cover the smells. His name is Chandler Burr and he sprays this reporter with Britney Spears' Midnight Fantasy.

"Smell that," Burr says. "It's a very sweet perfume — it's a luscious perfume. It is a wink at itself. And it's sort of funny because if you took Britney Spears and you added 5 pounds of quality, this is what you would get."

Burr says fragrances like Midnight Fantasy are the best way to capitalize on celebrity. They're better than clothes, music and even movies. That's because the cost of creating a perfume can be relatively low. The perfume house doesn't have to pay for the "juice" — that's industry slang for the stuff inside the bottle. A different company — a fragrance manufacturer — develops it free, then the two firms share the profits.

"It is the single best tool for monetizing celebrity that's ever been created in the history of the world," Burr says of perfume. "It is a kind of financial alchemy the likes of which we've never seen."

Still, not all celebrity scents are necessarily best-sellers. They account for just about 10 percent of fragrance sales, per market research firm NPD. But where their value comes in is publicity.

"The beauty of a celebrity, unlike a designer brand, is there is consumer knowledge of this brand or product from the moment you hit the counter," says Carlos Timiraos, vice president of global marketing for celebrity brands at Coty Prestige, a perfume house based in New York.

Message On A Bottle

Coty develops perfumes for Jennifer Lopez, Gwen Stefani and Sarah Jessica Parker. Timiraos says having one of those names on a bottle saves millions of dollars in advertising.

Even so, Timiraos thinks the celebrity scent craze may not live for much longer. He still gets about 20 new pitches a year. But there are only so many celebrities — and not all of them possess enough olfactory gravitas.

At Macy's, however, the smell of celebrity doesn't seem to be fading any time soon.

Booker, the woman from New Jersey who waited hours for one bottle of 50 Cent's fragrance, comes back to buy a second bottle. She's grinning like a young girl in a candy shop.

"I think that whatever he touches is gonna turn into gold," she says. "It's him; it's not the perfume. I can't explain it, it's like an energy you carry. And people love that."

She says she'll buy any product associated with 50 Cent.