Accessibility links
High Court Weighs Life Terms For Minors Is it unconstitutionally cruel and unusual punishment to send a juvenile away to prison for life, without the possibility of parole, for a non-homicide crime? The Supreme Court on Monday will examine two cases, including that of Joe Sullivan, who was convicted of rape when he was 13 years old.

Is it unconstitutionally cruel and unusual punishment to send a juvenile away to prison for life, without the possibility of parole for a crime that does not involve a death? That's the question the Supreme Court ponders Monday.

In 2005, the high court struck down the death penalty for juveniles by a 5 to-4 vote. Central to that decision was the idea that the death penalty was different from other punishments and that children are different. Now, through the lens of two cases, the justices will examine the question of life without parole in non-homicide cases. 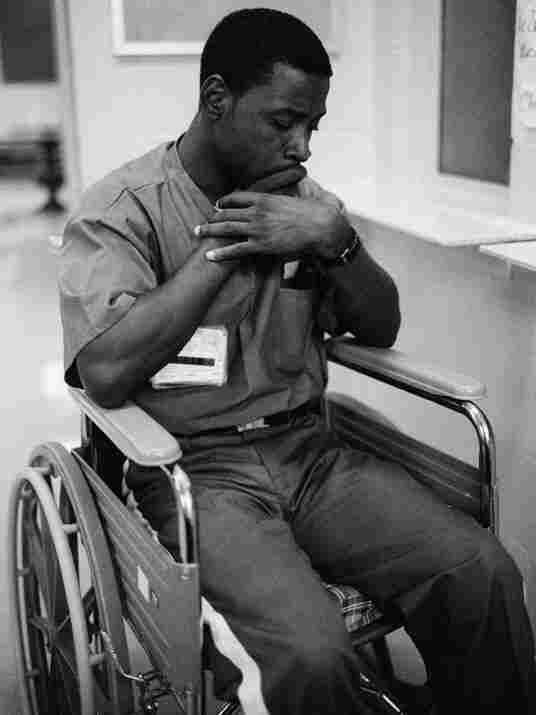 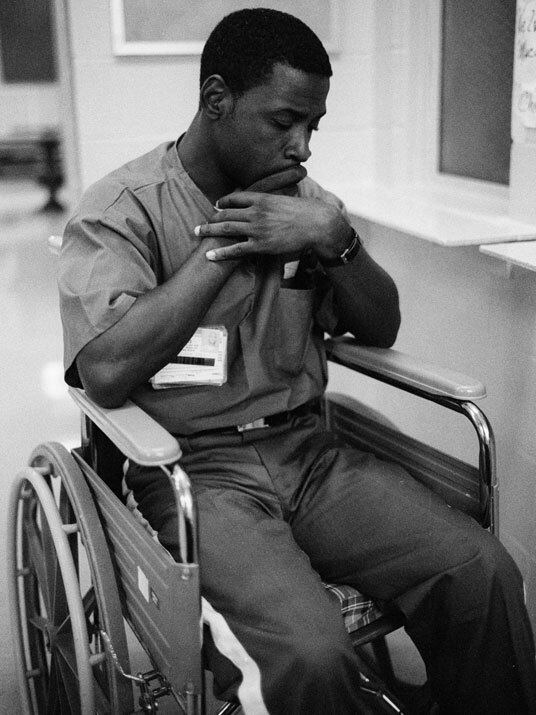 Joe Sullivan at Columbia Correctional Institution in Lake City, Fla., in 2007 when he was 31 years old.

Joe Sullivan was 13 years old when he was convicted of raping a 72-year-old woman. Two older defendants who had broken into the woman's house with Joe fingered their younger accomplice for the rape, and they got lesser sentences. Joe had a long record of misdemeanors, from stealing a bike to burglary. This, however, was his first felony, and the judge, declaring that the boy before him was "beyond help," sentenced him to life in prison without parole.

Terrance Graham was 16 when he pleaded guilty to attempted robbery of a restaurant in which one of his accomplices hit the restaurant manager over the head with a steel pipe. Graham served one year in jail, then was released on probation. Six months later he was arrested fleeing the scene of an armed home invasion robbery.

The judge revoked his probation, but rejected the four-year prison sentence recommended by the Department of Corrections and instead sentenced Graham, by then 17, to life in prison without parole. "If I can't do anything to help you," said the judge, "then I have to . . . protect the community from your actions."

Both cases are from Florida, which is fitting: Of the 109 juveniles serving life terms for non-homicide offenses across the country, 70 percent are in the Sunshine State.

Four years ago, when the Supreme Court struck down the death penalty for juveniles, the justices said that offenders younger than 18 are "substantially less culpable" because of their "youth and immaturity." The court said juveniles are far more subject to peer pressure, have less impulse control and less ability to see the consequences of their actions. But the court also said that death is different from any other penalty because it is permanent.

Bryan Stevenson, who represents Joe Sullivan, concedes that there is a difference between the death penalty and life without parole. But he says that a life term is different from other prison sentences because it denies the prisoner any hope for a future. "They're just two different kinds of death sentences," he contends. "One is death by execution, the other death by incarceration."

Stevenson notes that the law generally treats 13- and 14- year-olds as so immature that they are not allowed to drive, to marry and even in some states, to get a tattoo.

And he says that juveniles are particularly unable to defend themselves. His client, who maintained his innocence, was represented by a lawyer who filed no appeals and was later disbarred.

Intellectually impaired since his childhood, the then 13-year-old Sullivan tried to help police replicate the tone of voice that the victim said the rapist used, and the victim, who did not see her assailant, said it was "similar."

Although Florida officials refused to comment for this story, 19 states, led by Louisiana, have filed a brief supporting life sentences without parole for juveniles in non-homicide cases. "I disagree that the juvenile crimes are any less culpable than the adult crimes," says Louisiana Attorney General James "Buddy" Caldwell. "These are young criminals. That's what they are, and the ones who are getting these sentences are the worst of those." 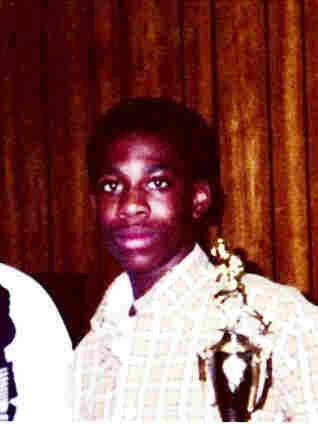 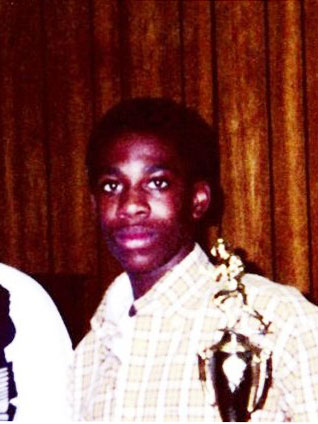 Not so, says lawyer Bryan Gowdy, who represents Terrance Graham. He says Graham's life without parole sentence for armed burglary is unconstitutionally disproportionate because it is more than two times greater than Florida's sentence for the average murderer.

But Florida and its supporters say these are judgments that should be left to the states. Florida imposed its tough regime of life sentences to combat a juvenile crime wave in the 1990s, and the state says the tougher penalties have served as a deterrent. The expertise is in the states, says Louisiana Attorney General Caldwell, "not sitting in a court in Washington, D.C., in that building, to decide what is best for each single state."

Juvenile advocate Stevenson, however, counters that no state legislature has expressly authorized sentences of life without parole for 13- or 14-year-olds. What Florida did was to make it easier to try youngsters as adults, and at the same time, the state also increased the number of non-homicide crimes for which an adult can be sentenced to life without parole.

"Florida has no minimum age for trying a child as an adult," observes Stevenson. "We could be talking about a 6-year-old or a 10-year-old or a 12-year-old, and we think this is an instance where the court has to step in."

The subtext of these cases is the question of whether rehabilitation is possible or even desirable for juvenile repeat offenders, a subject about which even victims' rights organizations disagree. "This system is not set up for rehabilitation," says Shannon Goessling, who represents 33 victims' rights groups. "It is set up for retribution and consequences. And to allow defendants, whether 13 or 17 to be released after they commit these crimes, is an injustice to the victims."

That view is rejected by groups as diverse as the American Medical Association and Amnesty International. Nobody is arguing that juveniles who commit serious crimes should be released quickly. But closing the prison door forever on a teenager, they argue, is something else.

Temple University psychology professor Laurence Steinberg, past president of the Society for Research on Adolescence, acknowledges that there are some kids who are rotten and dangerous. "The problem is that we're very bad about picking them out," he says. "And most adolescents that do harmful things when they are teenagers grow up to be law-abiding adults."

There is no science, he says, that is able to identify which juveniles can be rehabilitated and which can't.

Former Republican Sen. Alan Simpson of Wyoming is among a group of one-time juvenile offenders who are urging the court to do away with the life-without-parole punishment for juveniles. Simpson, by his own account, "raised hell," went around town shooting off a gun, started fires, destroyed property, even hit a policeman.

When kids commit serious crimes, he says, "You don't just salt them away for life. You pick' em out of there at the age of 30 or 40 and say, 'Have you learned to read? What have you done in here? Are you the assistant librarian? Do you make the best license plates?'" Simpson adds that "If they just grunt, throw them in there for the rest of their lives. But for God's sake, give the guy a chance if he's trying to do something different and sort them out case by case."

Lawyer Bryan Stevenson says his client, Joe Sullivan, is just such a candidate — 20 years into his life term, he is 33, confined to a wheelchair with multiple sclerosis. Intellectually impaired since childhood, he has nonetheless learned to read.

Victims' rights advocate Goessling is unswayed. "They are recidivists," she says. "They've had every opportunity to avoid being in prison for the rest of their lives. They knew the consequences of their conduct. "