Accessibility links
Corruption Mars Romania's Post-Communist Progress Communist rule of Romania ended 20 years ago in a bloody revolt that killed more than 1,000 people. The country is now a member of the EU, with a solid economy and a passionate, if hectic, democratic life. But some believe Romania's rampant corruption is threatening its future. 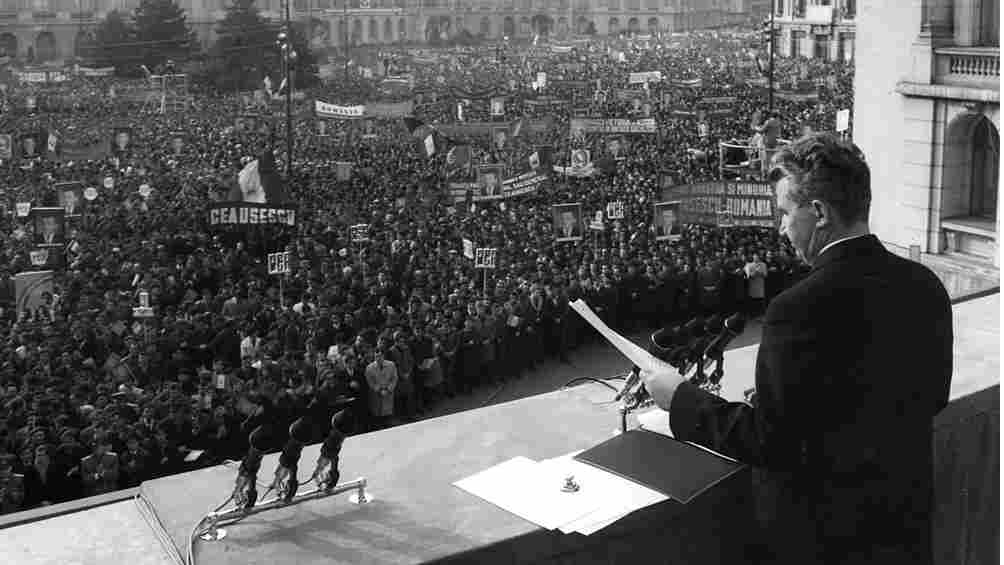 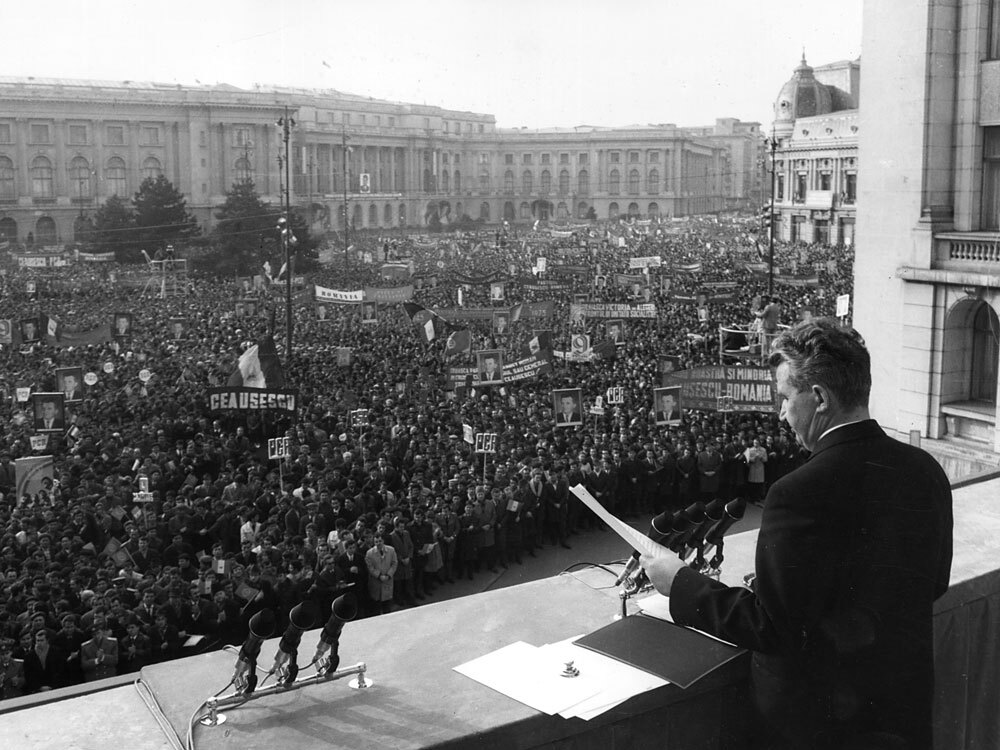 Communist rule in Romania ended in 1989 when a bloody revolt removed Nicolae Ceausescu (shown here delivering a speech in Bucharest in 1967) from power.

The uprisings that marked the end of communism in Eastern Europe two decades ago were largely peaceful in every country except the last regime to fall: Romania. Communist dictator Nicolae Ceausescu's iron-fisted rule ended in a bloody revolt that left more than 1,000 Romanians dead.

Today, the country is a member of the European Union, with a solid economy and a passionate, if hectic, democratic life. But Romania continues to be dogged by rampant corruption that some believe is threatening the country's future.

Corruption and bribes are part of nearly every aspect of Romanian life: medical care, justice, education, even religion.

In one recent, high-profile case, Razvan Chiruta, a reporter with Romania Libera newspaper, and a colleague went undercover as prospective priests. They videotaped Archbishop Theodosius of Constanta, one of the highest officials in the Romanian Orthodox Church, allegedly agreeing to sell them positions in the priesthood. 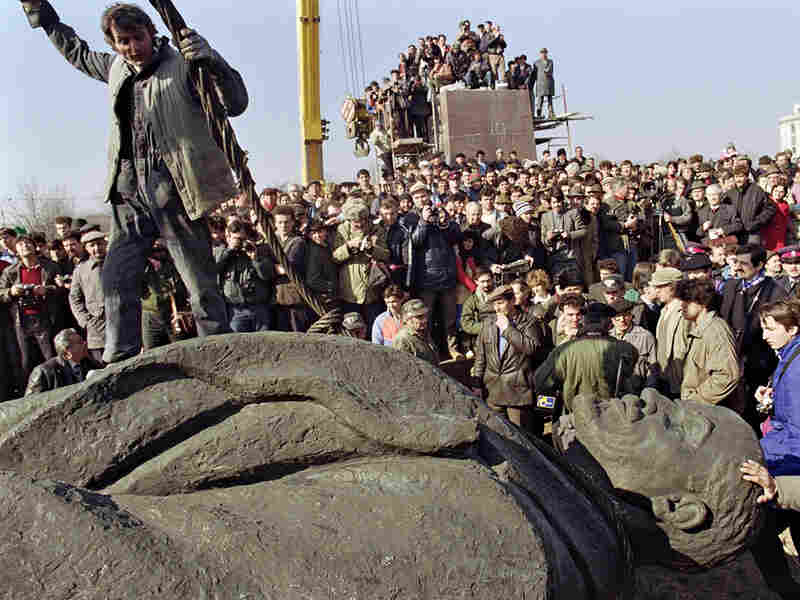 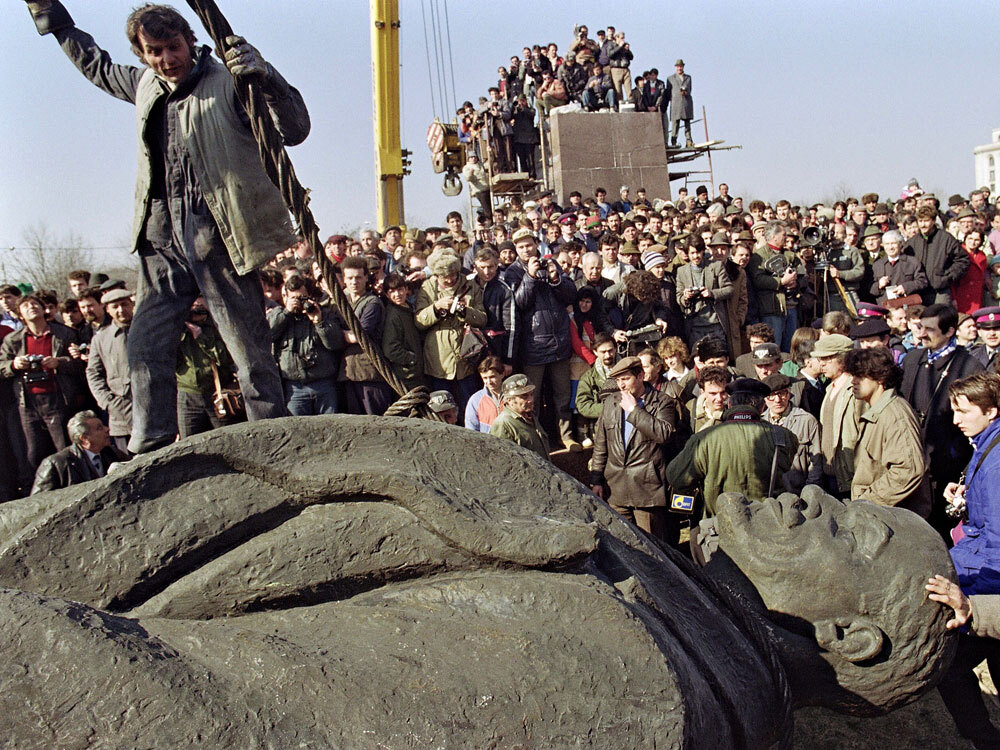 Despite the video evidence, the archbishop remains in his post. He denies the charges. Romanian prosecutors and church officials say they are investigating.

In another case, nothing has happened so far to the former Romanian minister of agriculture, Decebal Traian Remes. Prosecutors caught him on tape allegedly using his ministry to steer lucrative contracts to a friend in exchange for about $20,000, a new car, 200 pounds of pork sausage and about 50 gallons of plum brandy.

Laura Stefan is the anti-corruption coordinator for a Romanian think tank, the Romanian Academic Society.

"There were discussions in forums on the Internet, and one guy was saying, 'OK now we know how much the minister of agriculture is worth. I would like to buy the minister of finance — how much would that be?' " she says.

Stefan says the corruption problem is so pervasive in the country that it is almost unbelievable.

"When you are in power, nobody should dare ask you questions. 'How dare you ask us what we do with the money. It's our business. I'm the minister; I decide,' " Stefan says.

The pork and brandy scandal became the butt of jokes in Romania. But other times, corruption has resulted in tragedy. Critics say the culture of corruption has spawned incompetence in key public sectors including the courts and health care, and there is zero accountability.

In their small Bucharest flat in a big, drab Soviet-era apartment complex, Elena and Nansi Lungu look at photos of their 2-year-old son, Sebastian, who is asleep in the next room.

During Elena's pregnancy, she bribed the gynecologist and the nurses, which is a common practice. It was a normal, healthy pregnancy. But on delivery day during the final stage of labor, Elena says she was left alone for long stretches. Then Elena's main nurse suddenly told her she was done with her shift — and left.

"Imagine a nurse who told me she could see the head of the baby but she must go home because her shift is finished — 'My time, it's over,' " Elena says.

When another nurse finally showed up — some 45 minutes later — Elena says that nurse was in a panic about what she saw: The umbilical cord was wrapped tightly around the baby's head several times, restricting the oxygen flow.

After 25 minutes, Sebastian was born — but he was nearly dead.

"He didn't scream; he didn't move. He was blue. We try to accept that he will never be like a normal child, healthy. But with every step, we have to improve, a little bit, his life," Elena says.

Each day is a struggle, she says. At 2 years of age, Sebastian can't crawl, can't sit or hold up his head; he doesn't talk. 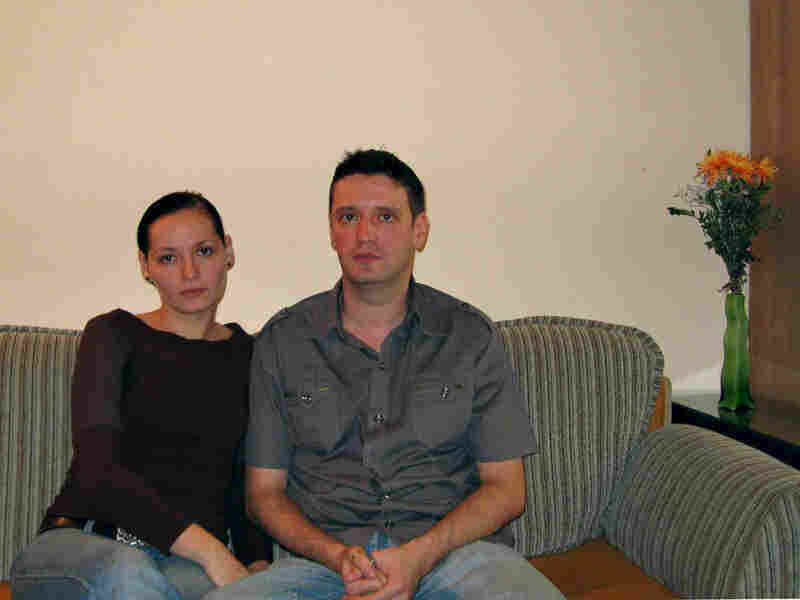 Elena and Nansi Lungu (shown at their home in Bucharest) are suing the government health system for criminal negligence, charging that a culture of corruption in Romania has bred incompetence in the health system. They say their son, Sebastian, was born severely disabled after nurses, who had been bribed, left Elena alone for long stretches during the final stage of labor. Eric Westervelt/NPR hide caption 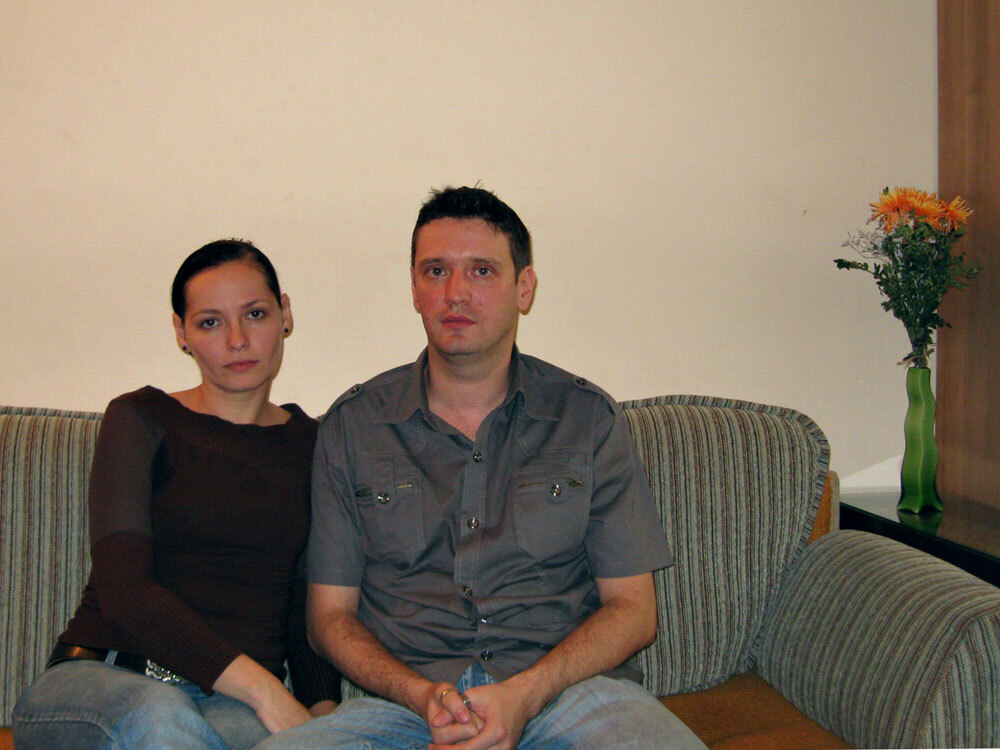 Elena and Nansi Lungu (shown at their home in Bucharest) are suing the government health system for criminal negligence, charging that a culture of corruption in Romania has bred incompetence in the health system. They say their son, Sebastian, was born severely disabled after nurses, who had been bribed, left Elena alone for long stretches during the final stage of labor.

"We feed him through a tube inserted directly into his stomach and give him food via a syringe," she says.

Now, the Lungus are suing the Romanian Health Ministry and the hospital for criminal negligence and grievous bodily harm, charging that a culture of corruption in Romania has bred incompetence in the health system.

Transparency International, the global anti-corruption group, says Romania has made only modest progress in recent years in combating corruption in the police force. But the group says in nearly all other sectors, the problem remains endemic.

Romanian analyst and professor Daniel Barbu says the country threw off communism, but the rule of law was never firmly established.

"To push forward your career or your business or whatever you need, it's man to man, face to face. We have the rule of people — people in offices, not good laws," he says.

In light of the corruption, the European Union — which Romania joined in 2007 — has repeatedly threatened sanctions, including nonrecognition of any Romanian court ruling.

Stefan, the anti-corruption crusader, says living conditions are vastly better today — there are basic freedoms and democracy — but she says her country is still shackled by communism's legacy.

"We're still in the communist mentality, where stealing from the state is good, as much as you can because it was a totalitarian regime and people try to find ways to live better. But I think 20 years after the revolution, maybe [the time has come] for a mentality change," she says.

Dan Turturica is editor of Romania Libera, the Bucharest daily that broke the story of the allegedly corrupt archbishop. He says it is up to ordinary Romanians to demand accountability and transparency.

"This is democracy in its very essence. A protest should start immediately from the citizens who can't take it anymore. There is no other way," he says.

But 20 years after the revolution, there is little indication Romanians are clamoring for an end to corruption.

Turturica says after his paper exposed the cash-for-clergy scandal, readers responded with criticism calling the series slanderous — and a leading priest went on live television and denounced the reporters as unpatriotic atheists.

Produced with help from Silviu Mihai.