Accessibility links
Marin Alsop's Shared Musical Roots The Baltimore Symphony conductor chooses a season of music built on the belief that understanding where we come from, and celebrating diversity, can create a sense of continuity, history and belonging — not to mention some great concerts.

Rhapsody in Blue, for piano & orchestra (orchestrated by F. Grofe)

Rhapsody in Blue, for piano & orchestra (orchestrated by F. Grofe) 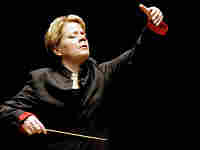 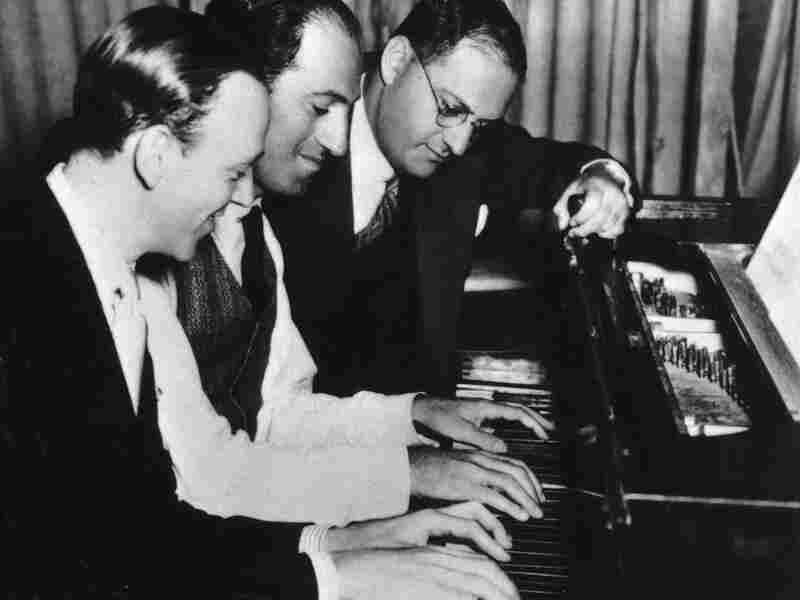 George Gershwin (center) with brother Ira (right) and Fred Astair on the Hollywood set of the musical Shall We Dance, 1937. Getty Images hide caption 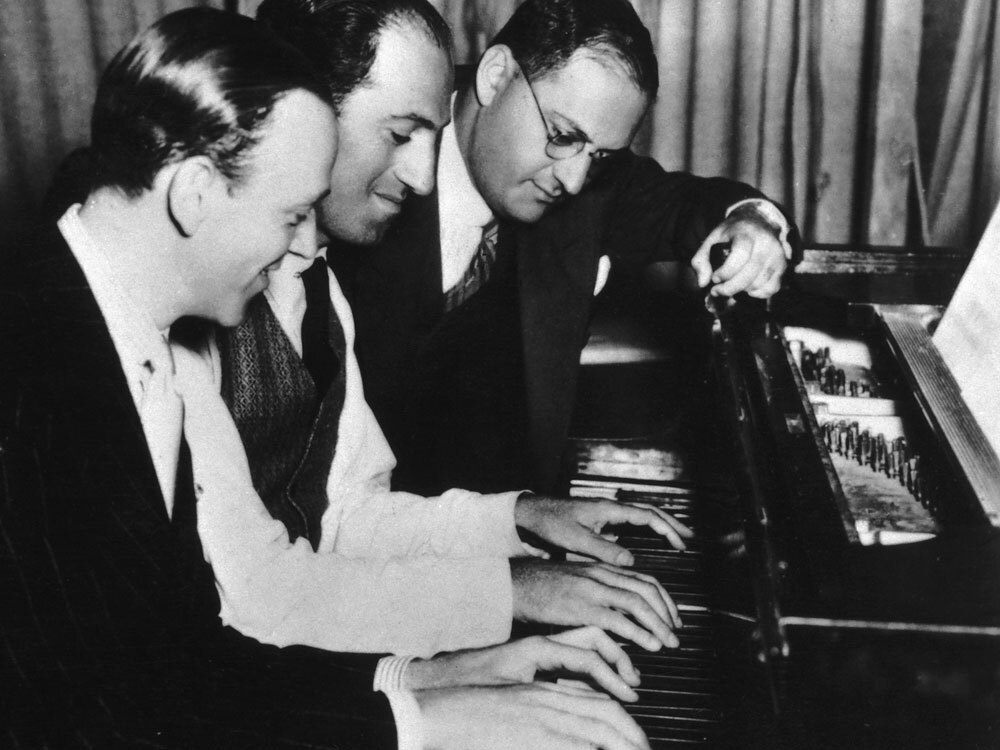 George Gershwin (center) with brother Ira (right) and Fred Astair on the Hollywood set of the musical Shall We Dance, 1937.

As the world becomes more globalized and generic, it's easy to lose our sense of individuality. Understanding where we come from, and celebrating the diversity of the world around us, gives us a sense of continuity, history and belonging.

Exploring the idea of "shared musical roots" is what inspired me in putting together the 2009-2010 season of Baltimore Symphony Orchestra concerts.

Listening to any kind of music — not just classical — can connect us to the past, and tell us something about the present. Exposure to a wider range of musical and cultural influences can make us that much better at identifying why, when listening to symphonic music, we immediately recognize a melody or a rhythm as sounding, say, Hungarian, or French or American.

Consider Tchaikovsky. His sound was shaped by his personal experience with Russian and Ukrainian folk music. Bela Bartok's musical language is largely colored by the peasant dances and songs he heard while traveling through the fields and villages of Hungary and Romania. Even Gustav Mahler wove the sounds of Austria — from waltzes to klezmer tunes — into his enormous symphonies.

As a conductor, daydreaming about the very personal musical experiences composers have gives me insight when I begin the process of interpreting their music.

Gershwin On The Fast Track

I'm especially intrigued by George Gershwin. Just how does a first-generation child of Russian Jewish immigrants end up creating some of the most sublime, quintessentially American music?

Gershwin was the epitome of fast-tracking. He started late at the piano, at age 12. Yet at 15, he began working as a "song plugger" at a sheet music store in Tin Pan Alley — where he'd sit in the front window and play popular tunes to prompt people to buy the music. But Gershwin couldn't resist embellishing, and he was soon fired for changing the melodies into his own creations.

By the time he was 20, George had teamed up with his brother Ira, who loved words. Together they invented a new language that would define a unique direction for American musical theater. Up until the Gershwins, America imported musical theater. Now we had the start of our own tradition.

But George Gershwin's influence didn't stop there. When he was in his early 20s, he wrote a 20-minute-long mini-opera called Blue Monday for a vaudeville revue show. You can hear the enormous potential in this little piece, and 11 years later it led to Gershwin's creation of America's first true opera, Porgy and Bess — which premiered 75 years ago this season, in 1935.

Luck also plays an important role in history, and as luck would have it, the band leader for that early vaudeville show was Paul Whiteman, the modestly self-dubbed "King of Jazz." Gershwin was enlisted to write a piece for a major New York concert Whiteman was organizing in 1924. Gershwin's contribution to the event became his signature composition, Rhapsody in Blue — the ultimate American mix of classical music and jazz.

Gershwin's Rhapsody holds a special place for me: It was the first piece I ever conducted in a formal concert, when the conductor didn't show up and my friends insisted (without much resistance from me) that I step in! It has been a labor of love to support Gershwin's music ever since.