Accessibility links
Mixed-Race TV Contestant Ignites Debate In China One young woman in Shanghai is among those eagerly awaiting President Obama's upcoming visit to China. Lou Jing's mother is Chinese and her father is African-American. Her appearance on a TV talent show has sparked vitriolic online racist abuse — and debate over what it means to be Chinese. 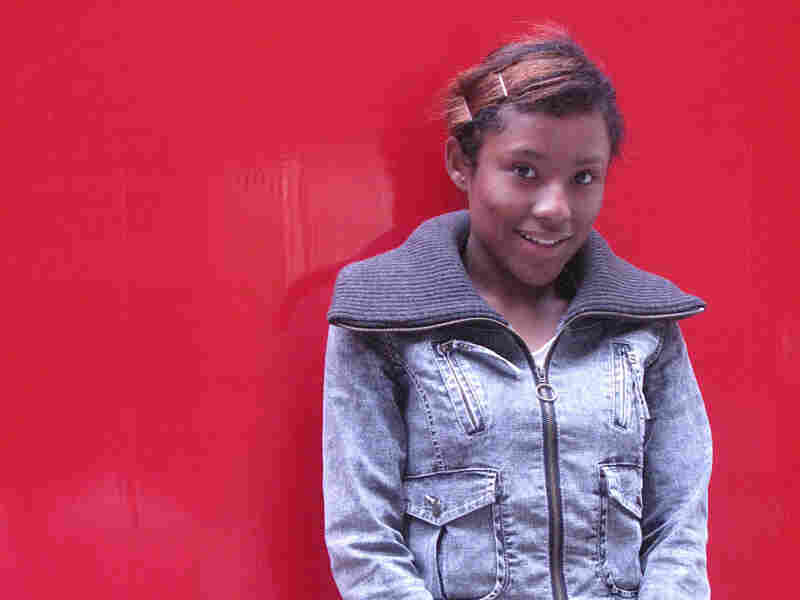 Lou Jing's appearance on Chinese talent contest sparked racist invective online and debate over what it means to be Chinese. The 20-year-old mixed-race Shanghai woman — her mother is Chinese, her father African-American — now says, "If you beat me to death, I wouldn't take part in that competition." Louisa Lim/NPR hide caption 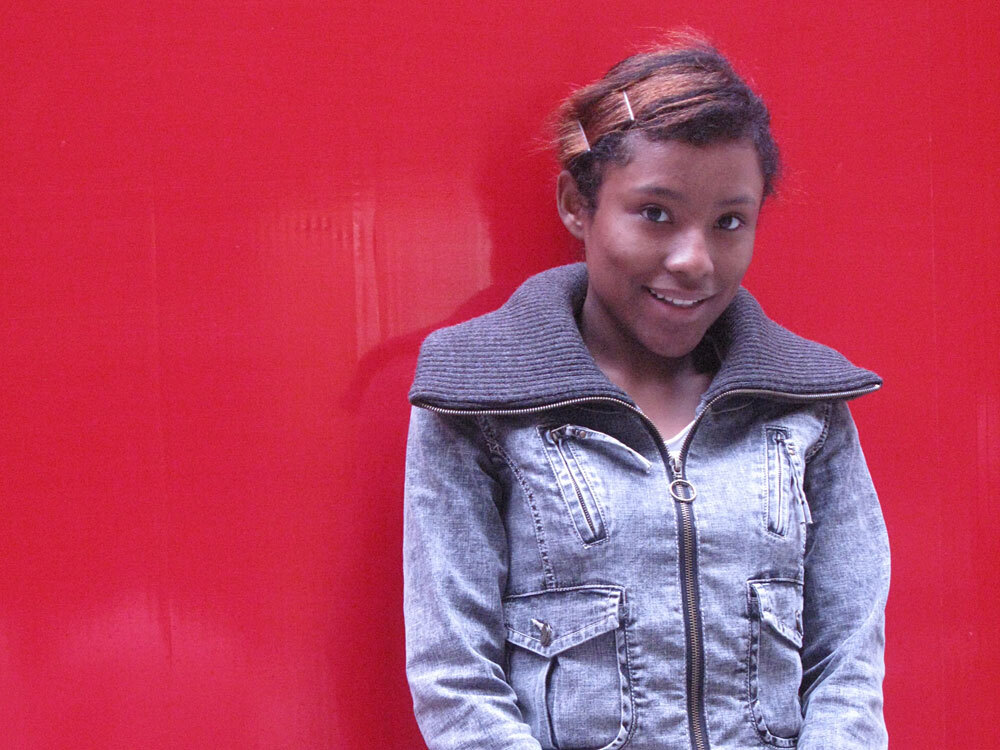 Lou Jing's appearance on Chinese talent contest sparked racist invective online and debate over what it means to be Chinese. The 20-year-old mixed-race Shanghai woman — her mother is Chinese, her father African-American — now says, "If you beat me to death, I wouldn't take part in that competition."

President Obama's arrival in China on Sunday is being eagerly awaited by many people, especially one young woman in Shanghai. Lou Jing is of mixed race, with a Chinese mother and an African-American father. She became famous nationally after her participation in an American Idol-type program sparked a spate of vitriolic online racist abuse.

For Lou, the reality television show turned out to be a lesson in brutal reality. The talent contest is called Go! Oriental Angel, and the 20-year-old made it through preliminary rounds to become one of 30 contestants.

Lou is studying for a degree in television anchoring at Shanghai's prestigious Theater Academy, and her teachers thought it would be a good opportunity. But from the very first, the focus was on her skin color.

Introducing Lou, the host said, "her chocolate-colored skin lights up her sunny character."

In a short yellow satin frock, Lou launched into a rap she had written to introduce herself to the audience. In retrospect, this moment probably marks the end of Lou's innocence — and the start of a process of questioning her own identity.

The show drew attention to her background, which is very unusual for China. She was raised in a single-parent family by her Shanghainese mother, who is a teacher. Her African-American father, whom she has never met, returned to the United States without even knowing he had conceived a child in China.

On air, her mother, Sun Min, said she had only ever had one conversation with Lou about her father. She described how her then-7-year-old daughter had asked about him.

In her two months on air, Lou was nicknamed the "Chocolate Angel" and the "Black Pearl" by the media. She wasn't bothered by these names, she says.

But online, the poison pens were venomous. Chinese posting messages on the Web criticized her skin color as "gross" and "ugly"; they called her shameless for appearing on television. The worst insults were reserved for her mother for having had a relationship with an African-American out of wedlock. Lou and her mother are now suing one Shanghai newspaper for libel.

There were online statements of support as well, but the verbal attacks stunned Lou.

"I looked at the posts and I cried. Then I didn't look at them anymore. I decided I would do my best to go abroad to study," she says.

Before, on the street, people might say things like, 'How come she looks like that?' But that was just a small number of people. When I was younger, I thought life was beautiful. Why is it that now I've grown up, I don't think that anymore?

Lou Jing, 20-year-old Shanghai woman whose mother is Chinese and father is African-American

Lou sees Obama as a motivational figure and hopes his visit to China will be televised live. The parallels haven't gone unnoticed: One well-known blogger and magazine publisher, Hong Huang, remarked that even as the U.S. was welcoming Obama to the White House, Chinese people were unable to accept a girl whose skin color was different.

For now, Lou is still on TV, guest-hosting a variety show showcasing different regional dialects. It's a job she had lined up before her appearance on Oriental Angel, she says. Since then, she hasn't had a single work offer — no advertising contracts or modeling jobs, either.

Her dream is of escape. She wants to study journalism at Columbia University. She believes the lack of knowledge about racism in China is such that many people didn't even realize their comments were discriminatory or hurtful. But for her, the world suddenly seems a different place.

"Before, on the street, people might say things like, 'How come she looks like that?' But that was just a small number of people. When I was younger, I thought life was beautiful. Why is it that now I've grown up, I don't think that anymore?" she says.

China still likes to think of itself as monocultural, but as it opens up — and more Chinese marry foreigners — the issue of what it means to be Chinese is emerging. Lou was born and bred in China, and never lived anywhere else, yet this latest saga has made her wonder whether she can ever really belong in China.

"I've always thought of myself as Shanghainese," Lou says. "But after the competition, I started to have doubts about who I really am."

For the show's producers, putting Lou under the spotlight may have been a clever ploy to boost ratings. But the fallout has been painful: Her mother has stopped working, and when asked if she regrets appearing on the show, Lou replies: "If you beat me to death, I wouldn't take part in that competition again."