Accessibility links
Benin's Godfather Of Funk: El Rego The recording scene of 1960s and '70s Benin rivaled that of neighboring Ghana and Nigeria, but its musicians never quite drew the spotlight. Now, European compilers have rediscovered Benin's musical heroes, and El Rego is one of the funkiest.

Though the recording scene in 1960s and '70s Benin rivaled that of neighboring Ghana and Nigeria, the European compilers who helped make Nigeria's Fela Kuti and Ghana's K. Frimpong (relative) household names have only recently rediscovered the country's musical heroes. 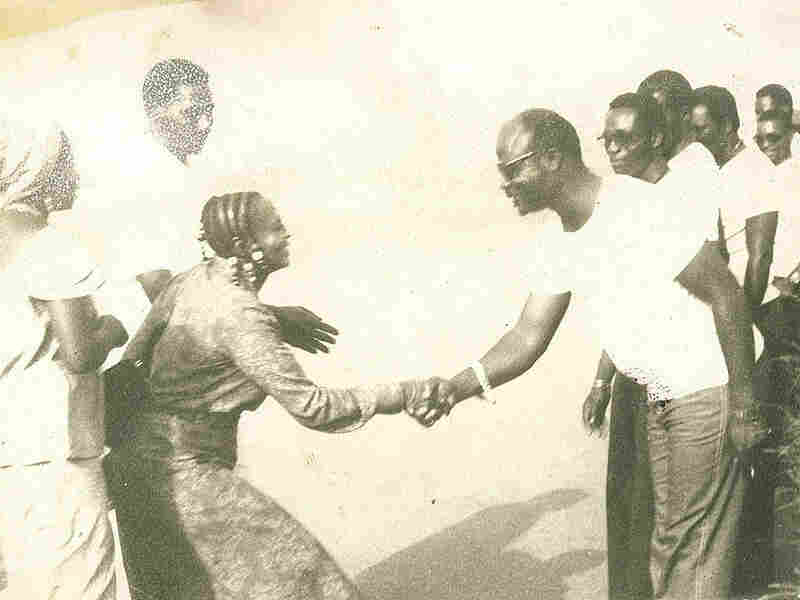 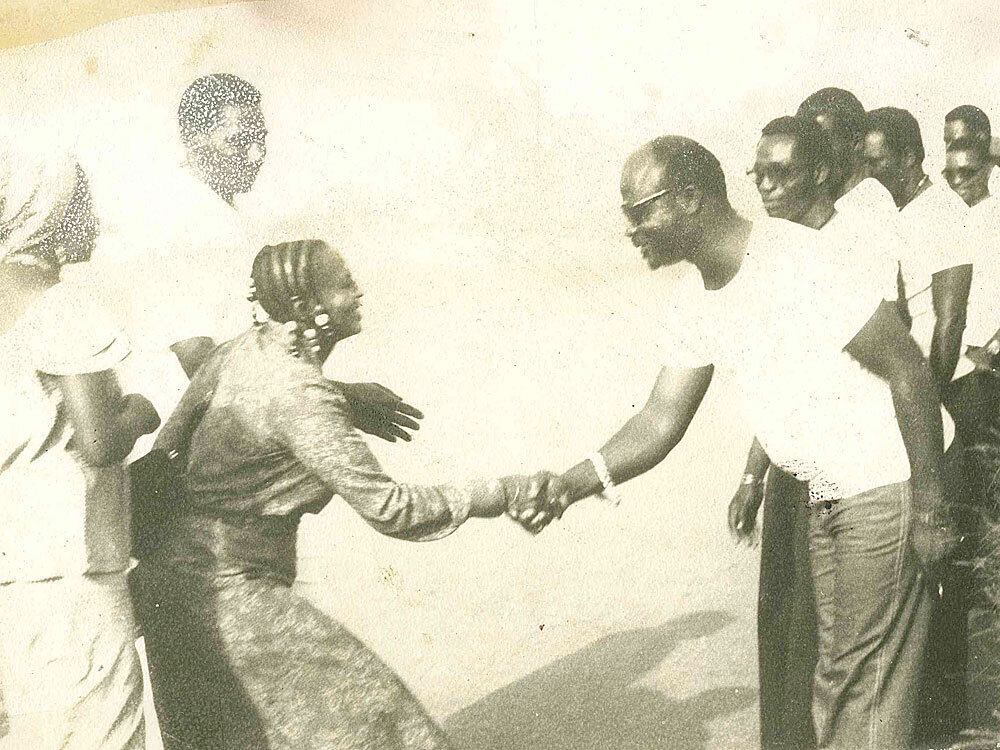 The earliest benefactors of this resurgence were the inspiring Orchestre Poly Rythmo de Cotonou, whose numerous LPs and 45s offer a funky oeuvre that's hard to match in West Africa. But the man Samy Ben Redjeb (producer of the top-notch compilation African Scream Contest Raw & Psychedelic Afro Sounds From Benin & Togo 70s and Legends of Benin) credits with kick-starting Benin's funk, or jerk, movement -- whom Poly Rythmo bandleader Melome Clement cites as a direct influence on his ensemble's sound -- has remained a footnote.

Perhaps that's because Theophile Do Rego, better known as El Rego, and his band Ses Commandos released their groundbreaking tunes on the easily disposed 7" format. With a compilation of songs on Analog Africa that trawls through the Beninois 1960s and '70s scenes, and a rumored Voodoofunk/Daptone compilation on the way, we can only hope that El Rego's other killers will soon see the light of day. 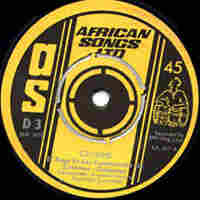 El Rego wasn't scared of kicking his band into the upper reaches of the "acceptable" funk tempo. This "Tighten Up"-inspired rocker, recorded with a three-piece ensemble, is an early example of the Benin funk sound he would later perfect in the early 1970s. As an instrumental, this tune could easily confuse even a seasoned funk expert into thinking he was listening to a late-'60s track recorded by San Antonio's recording maestro, Manny Guerra. 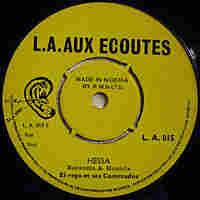 "Hessa" serves as a sonic bridge between the bluesy, if standard, funk of "Djobime" and the polyrhythmic funk that El Rego would bring to its height with the likes of "Vimado Wingnan" -- the song that still remains, in my opinion, his masterpiece. Yet, of all of El Rego's seven-inches, this is my favorite. The JB-summoning exhortations toward the end of the song, amidst melodic call-and-response and atop a rock-solid rhythm section's combustible vamp, flirt with funk perfection. 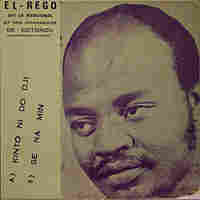 As a wet-behind-the-ears "beat digger" in the mid-'90s, I loved a drum break above all else. I bought every cover of "Get Out of My Life Woman" I could find. And I hated nothing more than a drum break that occurred mid-song and went off rhythm. "Haven’t you heard 'Cold Sweat?' " I'd fume, before tossing the offending record back into the stacks. Well, this tune is one of the only examples of a successful deviation from the groove that you'll find in my collection. I have no idea what the drummer was thinking toward the end of the song -- he selfishly goes for himself and never comes back. It's fitting that the song ends after his solo; it's as if El Rego thought, "Well, that didn't make much sense. But this is funk, dammit, and that kind of thing works sometimes." 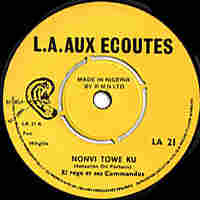 More than one West African record collector has posited that Fela's Afrobeat owed as much to Beninois folk rhythms as it did to those from Yoruba or the funk of James Brown. I await something that sounds like proof, but in the meantime, I listen to songs like "Zon Dede" and make my own quiet assumptions. 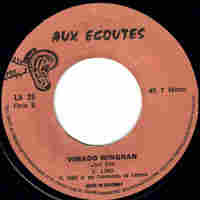 Some complain that many of El Rego's songs contain the same general formula, that he was the funk equivalent of a one-trick pony. To these naysayers, I recount the tale that James Brown's late-'60s musical director David Matthews told me about his time spent with The Godfather in Cincinnati's King Studios following the amazing response to 1967's "Cold Sweat." After Brown kicked his band into a version of the song, he would walk around the room, telling each musician to slightly change what he was playing until he had a new song. Then he'd instruct his engineer, Ron Lenhoff, to start recording. According to Matthews, songs like "Super Bad" were created this way. I wonder if El Rego used the same trick to achieve the heights he did with "Vimado Wingnan"?