Accessibility links
Walter Reed Officials Asked: Was Hasan Psychotic? Starting in the spring of 2008, officials from Walter Reed and the Uniformed Services University of the Health Sciences began raising serious concerns about Maj. Nidal Hasan's troubling behavior — which some described as paranoid, belligerent and schizoid. 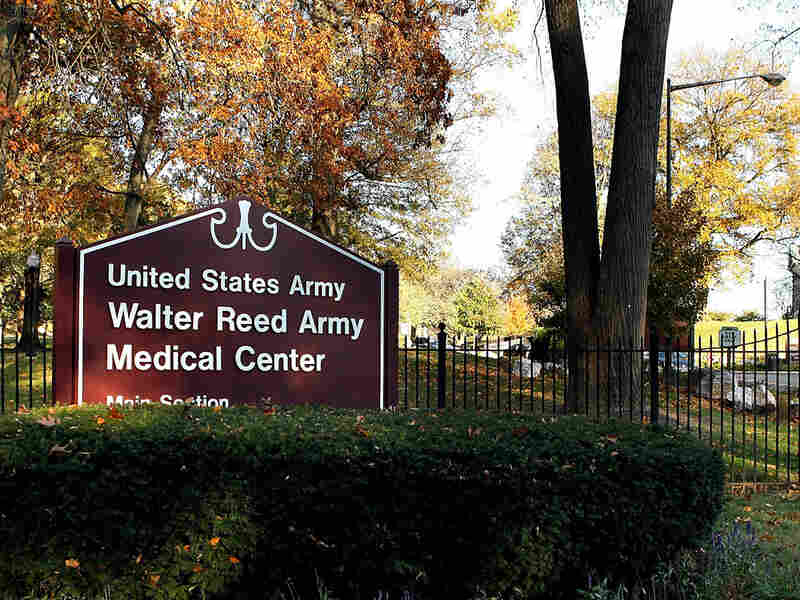 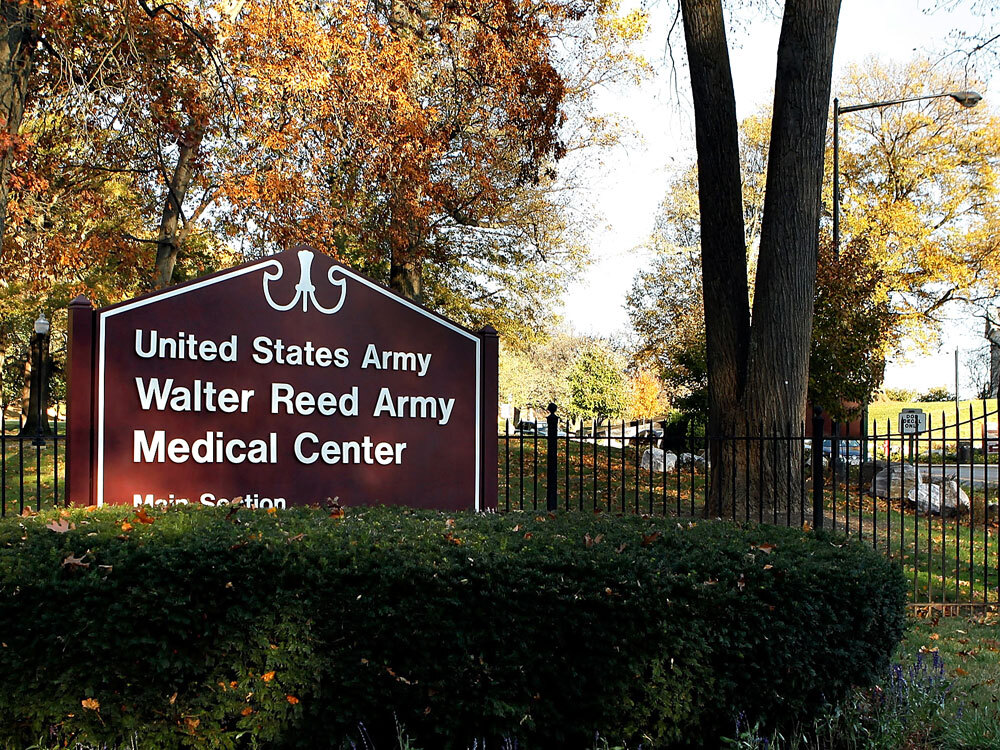 Starting in the spring of 2008, key officials from Walter Reed Army Medical Center and the Uniformed Services University of the Health Sciences held a series of meetings and conversations, in part about Maj. Nidal Hasan, the man accused of killing 13 people and wounding dozens of others last week during a shooting spree at Fort Hood. One of the questions they pondered: Was Hasan psychotic?

"Put it this way," says one official familiar with the conversations that took place. "Everybody felt that if you were deployed to Iraq or Afghanistan, you would not want Nidal Hasan in your foxhole."

In documents reviewed by NPR and conversations with medical officials at Walter Reed and USUHS, new details have emerged regarding serious concerns that officials raised about Hasan during his time at both institutions.

Hasan spent six years as a psychiatrist at Walter Reed, beginning in 2003, and he had a fellowship at USUHS until shortly before he went to Fort Hood in the summer of 2009. A committee of officials from both places regularly meets once a month to discuss pressing topics surrounding the psychiatrists and other mental health professionals who train and work at the institutions.

NPR spoke with military psychiatrists and officials who worked closely with Hasan, as well as those who monitored the committee and/or student and faculty matters. None would allow their names to be used, because of the criminal investigation into the Fort Hood shootings. 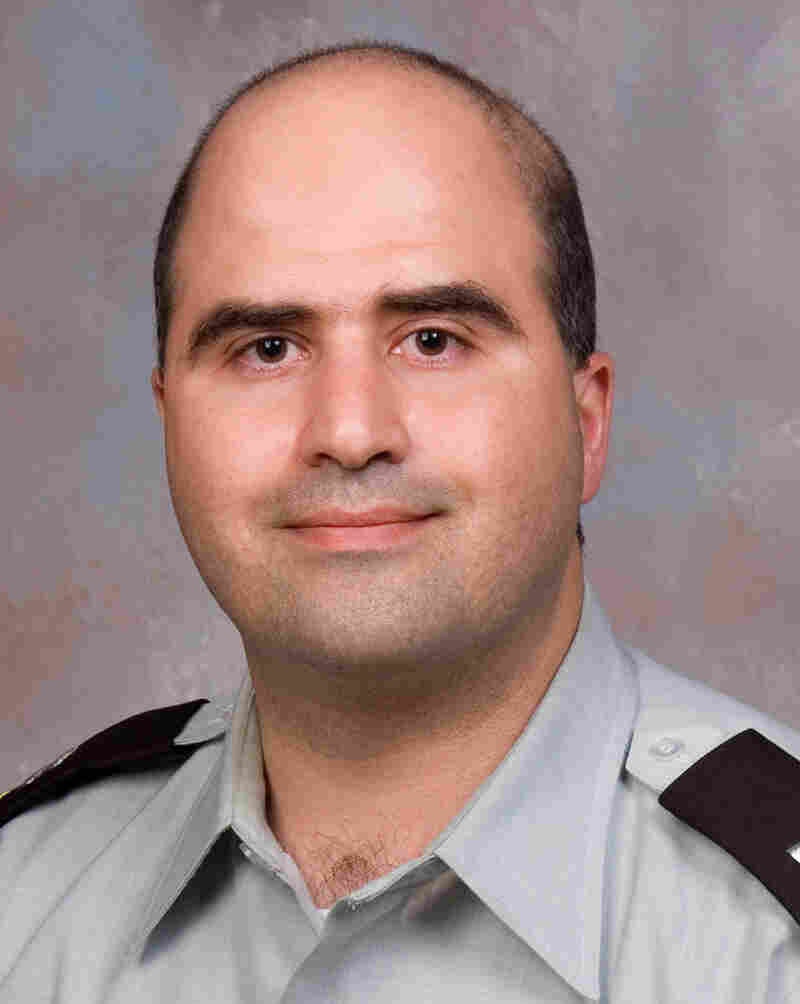 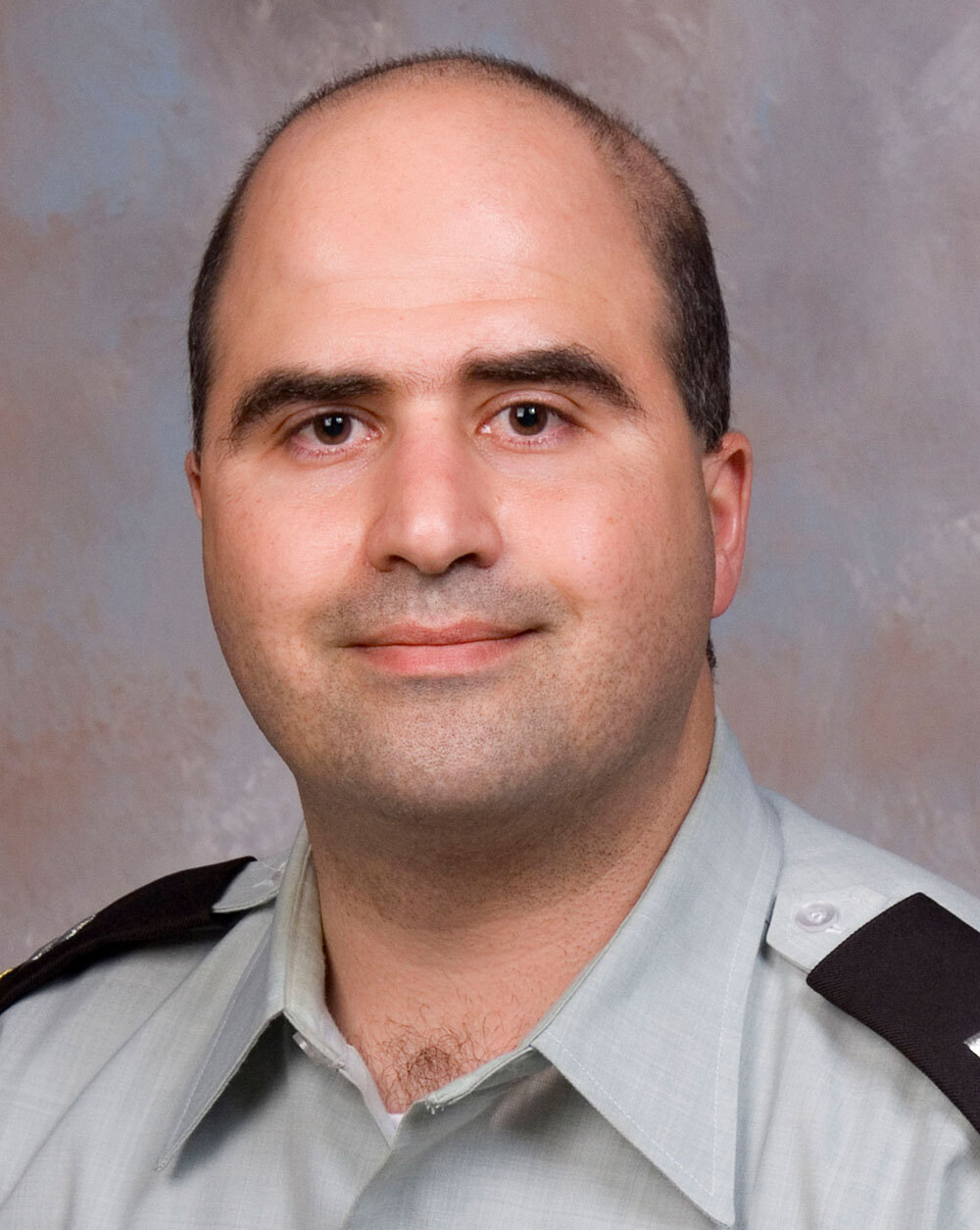 A portrait taken of Hasan upon entering the Uniformed Services University of the Health Sciences Disaster and Military Psychiatry Fellowship program in 2007.

When a group of key officials gathered in the spring of 2008 for their monthly meeting in a Bethesda, Md., office, one of the leading — and most perplexing — items on their agenda was: What should we do about Hasan?

Hasan had been a trouble spot on officials' radar since he started training at Walter Reed, six years earlier. Several officials confirm that supervisors had repeatedly given him poor evaluations and warned him that he was doing substandard work.

Both fellow students and faculty were deeply troubled by Hasan's behavior — which they variously called disconnected, aloof, paranoid, belligerent, and schizoid. The officials say he antagonized some students and faculty by espousing what they perceived to be extremist Islamic views. His supervisors at Walter Reed had even reprimanded him for telling at least one patient that "Islam can save your soul."

Participants in the spring meeting and in subsequent conversations about Hasan reportedly included John Bradley, chief of psychiatry at Walter Reed; Robert Ursano, chairman of the Psychiatry Department at USUHS; Charles Engel, assistant chair of the Psychiatry Department and director of Hasan's psychiatry fellowship; Dr. David Benedek, another assistant chairman of psychiatry at USUHS; psychiatrist Carroll J. Diebold; and Scott Moran, director of the psychiatric residency program at Walter Reed, according to colleagues and other sources who monitor the meetings.

NPR tried to contact all these officials and the public affairs officers at the institutions. They either didn't return phone calls or said they could not comment.

But psychiatrists and officials who are familiar with the conversations, which continued into the spring of 2009, say they took a remarkable turn: Is it possible, some mused, that Hasan was mentally unstable and unfit to be an Army psychiatrist?

One official involved in the conversations had reportedly told colleagues that he worried that if Hasan deployed to Iraq or Afghanistan, he might leak secret military information to Islamic extremists. Another official reportedly wondered aloud to colleagues whether Hasan might be capable of committing fratricide, like the Muslim U.S. Army sergeant who, in 2003, killed two fellow soldiers and injured 14 others by setting off grenades at a base in Kuwait.

Bureaucratic And Other Obstacles

So why didn't officials act on their concerns and seek to remove Hasan from his duties, or at least order him to receive a mental health evaluation? Interviews with these officials suggest that a chain of unrelated events and factors deterred them.

For one thing, Walter Reed and most medical institutions have a cumbersome and lengthy process for expelling doctors, involving hearings and potential legal battles. As a result, sources say, key decision-makers decided it would be too difficult, if not unfeasible, to put Hasan on probation and possibly expel him from the program.

Second, some of Hasan's supervisors and instructors had told colleagues that they repeatedly bent over backward to support and encourage him, because they didn't have clear evidence that he was unstable, and they worried they might be "discriminating" against Hasan because of his seemingly extremist Islamic beliefs.

Third, the officials involved in deliberations this year reportedly were not aware, as some top Walter Reed officials were, that intelligence analysts had been tracking Hasan's e-mails with at least one suspected Islamic extremist since December 2008.

And finally, Hasan was about to leave Walter Reed and USUHS for good and transfer to Fort Hood, in Texas. Fort Hood has more psychiatrists and other mental specialists than some other Army bases, so officials figured there would be plenty of co-workers who would support Hasan — and monitor him.