Accessibility links
Portrait Emerges Of Hasan As Troubled Man Neighbors of Army psychiatrist Maj. Nidal Hasan say they are shocked about his alleged role as the Fort Hood gunman. But psychologists and experts say Hasan shared several traits with other mass killers, such as social isolation and trouble finding a mate. 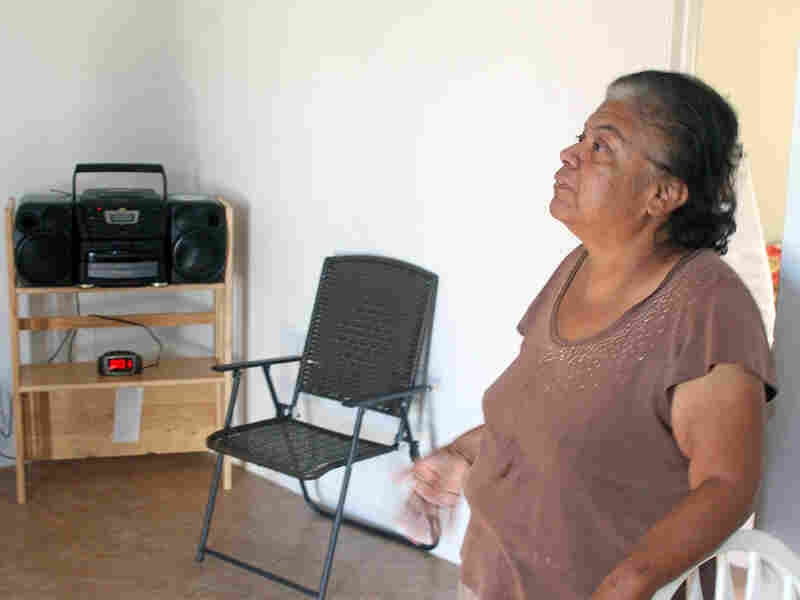 Patricia Villa, next-door neighbor to Nidal Hasan, stands near a chair and bookshelf he gave her a day before the shooting spree at the Fort Hood Army post. Hasan also gave Villa clothing and a copy of the Quran. Jack Plunkett/AP hide caption 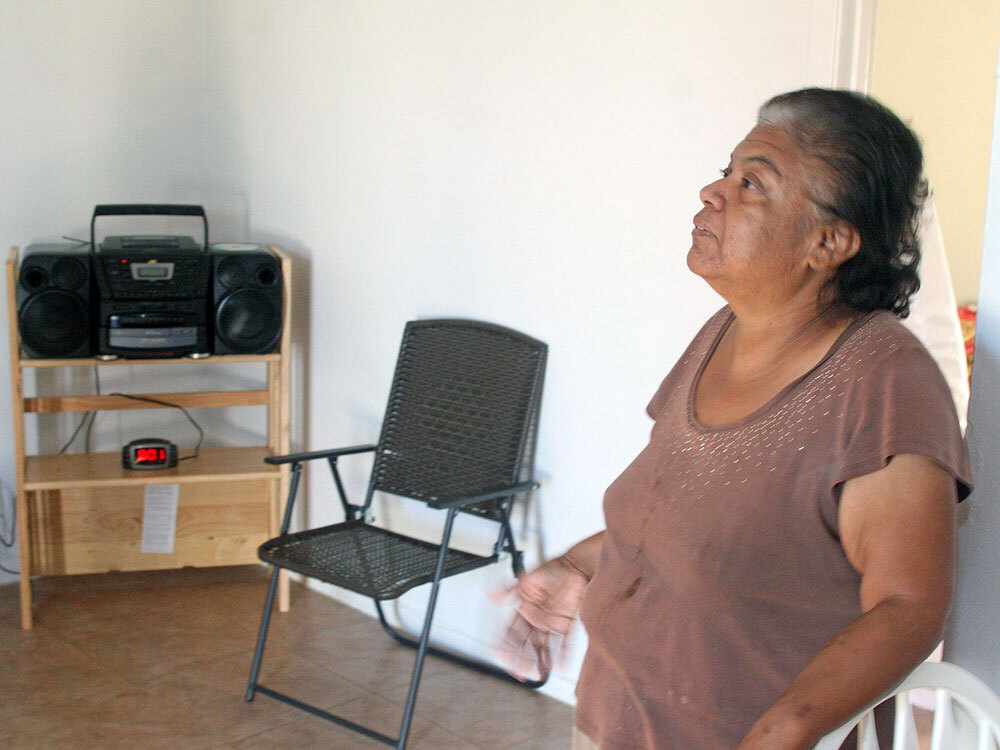 Patricia Villa, next-door neighbor to Nidal Hasan, stands near a chair and bookshelf he gave her a day before the shooting spree at the Fort Hood Army post. Hasan also gave Villa clothing and a copy of the Quran.

At Fort Hood, a picture is emerging of Nidal Hasan as an isolated, lonely man who may have been planning his alleged attack from the moment he arrived at the post in July.

Experts who study mass killers say that, in hindsight, they're not surprised at the details emerging regarding Hasan. But his neighbors still say they're shocked over his alleged role as the Fort Hood gunman.

'I Can't Judge What He Did'

When Hasan moved to Fort Hood this summer, he rented a cheap apartment in a somewhat rundown complex where it was unlikely he'd run into other officers. Patricia Villa moved next door with her husband a few months later. Just two days before the shooting, Villa says Hasan gave her most of his possessions — including some vegetables, a microwave, furniture, even his alarm clock. Hasan told her he was about to be deployed.

"He was nice with me, right? And even though he killed all those people, I can't judge what he did," says Villa. "I don't know what was going on in his head."

What was in Hasan's head is something a lot of people are thinking about. He's currently in a San Antonio hospital — alert and talking, but not to investigators.

His attorney, John Galligan, has advised Hasan to say nothing and is contending that it may be difficult for his client to get a fair trial in central Texas.

But with the few details that are emerging about Hasan, it's possible to start painting a picture of him.

"The person who carries out a mass shooting wants to create a spectacle and seeks immortality," says Dr. Michael Welner, chairman of The Forensic Panel in New York. Welner testifies as an expert in trials involving mass shootings. He has interviewed four mass shooters over the years.

He says it's clear that the attack at Fort Hood was planned well in advance. For example, Welner says, Hasan allegedly bought the gun used in the attack shortly after moving to Fort Hood.

And Welner says it's important that the shootings occurred at a processing center for soldiers who were about to be deployed. That could have been designed to send a message, Welner says. It's known that Hasan had concerns about Muslim soldiers being sent overseas to fight other Muslims, and that he was about to face deployment himself.

Signs Aside, Violence Not Predictable

Welner also points to reports of Hasan's difficulty in finding a wife. At 39 years of age, he's single, short and a little bit chubby.

"It is common to mass shooters who have a sexual-romantic incompetence to redirect their masculinity through spectacular acts of destruction," Welner says.

"I never saw him out here with some of the people out here that's adopted my dogs and stuff like that," says Barber. "He just did his own thing."

It appears that Hasan may not have had the social support necessary to handle the stresses in his life — including the stress of counseling traumatized soldiers.

Nancy Molitor, the public education coordinator for the American Psychological Association, says Hasan seems to fit much of the criteria for someone at risk: "a middle-aged male who is socially isolated, who has no peers to consult with or few peers to talk about the trauma that he is exposed to."

But Molitor says it is important to remember that it's unlikely a single factor led to the shootings at Fort Hood. She says it's most likely a complicated mix of things. And as much as researchers have tried, there are no reliable ways to predict when someone might become violent.