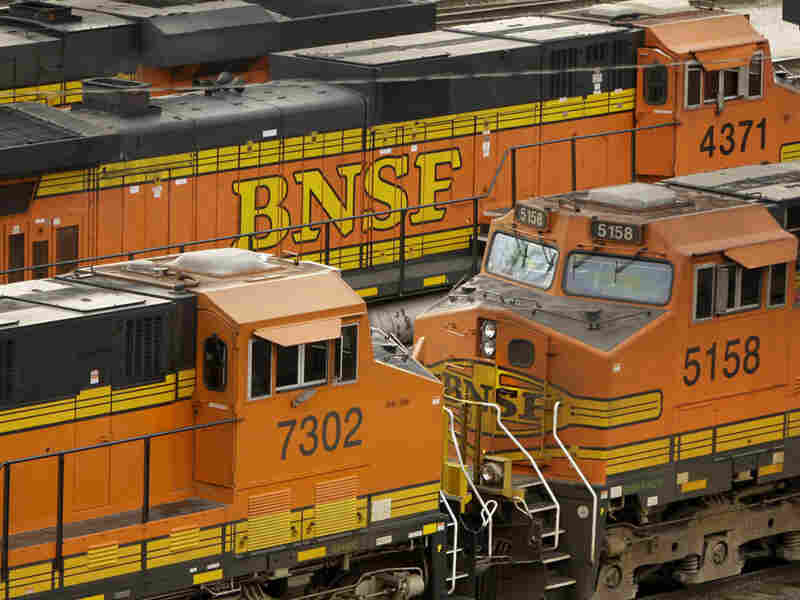 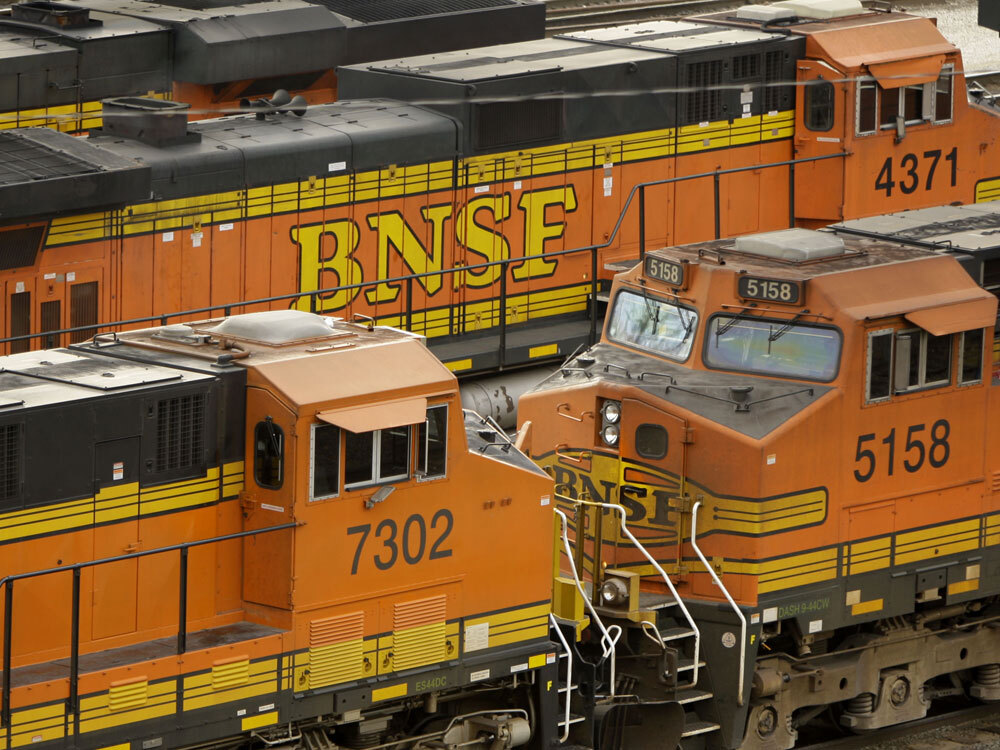 In some ways, Warren Buffett's acquisition of Burlington Northern Santa Fe Corp. conjures up an image of a long-gone era: One of the nation's wealthiest men running one of the country's largest railroads.

In reality, Buffett's business holdings are far more diversified than those of the Vanderbilts or other railroad barons during the gilded age. Still, economists say his decision to take full control of the nation's second largest railroad suggests the billionaire investor sees new potential in an old form of technology.

"We know that he's a very shrewd investor, and so I do think that there's an element of Back to the Future," says UCLA economist Matthew Kahn.

A Resurgence Of Freight Railroads

Buffett's $44 billion acquisition, via his company Berkshire Hathaway, is one of a number of signs that freight railroads are in resurgence. While they may have been thought of as passe in the 1960s and 1970s, they're now playing a vital role in the transportation system. The most common things that trains carry these days are those large stackable steel containers. These are often filled with imported goods that come to the U.S. by ship and then ride the rails most of the way to local big-box chain stores.

While Buffett is by no means the first investor to recognize the role of containerized consumer goods in sparking a rail renaissance, he's the most prominent.

"To me a sign of genius is when — after the fact — you say to yourself like Homer Simpson, 'D'oh,' Kahn says. "In this case, ex-post it makes perfect sense, but to his credit, he seized the day."

Industry analysts say the deal also might signal Buffett's take on the nation's energy future. Another thing railroads carry besides consumer goods is coal — the topic of much deliberation in Washington, as Congress considers measures designed to reduce carbon emissions.

Critics of the legislation predict it could kill the coal industry. But Anthony Hatch, an independent railroad analyst, says Buffett's investment may signal that he is more optimistic about coal's prospects.

In 2008, BNSF transported large volumes of a variety of goods including:

—66 million tons of consumer goods such as clothing, toys and electronics

— Over 23 million tons of wheat

"Warren Buffett does his due diligence, and he has come — it would appear — to the conclusion that efforts to curtail coal transportation are not as dire as we had all been thinking," Hatch says.

On the other hand, even if the coal business suffers, Buffett could be betting that the railroad industry is still well positioned to thrive. The industry boasts that a train can move a ton of freight more than 400 miles on a gallon of fuel, which could prove attractive in a green economy.

"Any sort of regulation that's penalizing emissions is probably going to favor rail over any other mode of transportation, so that may actually tilt the balance favoring rail over trucking, for example," says Keith Schoonmaker, a stock analyst for Morningstar.

Since the Buffett deal was announced, Burlington Northern's stock is up almost 30 percent, while its major competitors — Union Pacific, CSX , and Norfolk Southern — each rose more than 10 percent. University of Dayton business professor Mike Gorman writes some of that off as a "halo effect" from Buffett's purchase, but he says railroads remain a good long-term investment.

"The growth prospects are good, return on investment is improving, and as railroads continue to become more competitive with [the] truck [industry] and get higher rates from shippers, they can afford to expand," Gorman says.

Buffett already owned about a quarter of Burlington Northern Santa Fe, but his acquisition of the rest of the company is a somewhat unusual one for the 79-year-old investor. He paid a high price; some analysts say he vastly overpaid. And he's uncharacteristically taking on debt to do it. All of this underscores Buffett's enthusiasm for a deal that he has referred to as an "all-in wager" on the American economy.