Accessibility links
Does Long-Term Research Stimulate The Economy? The federal stimulus put people to work building roads and bridges, but it also allocated about $18 billion for research that could lead to important discoveries. But some analysts don't see a quick payoff from the longer-term projects. 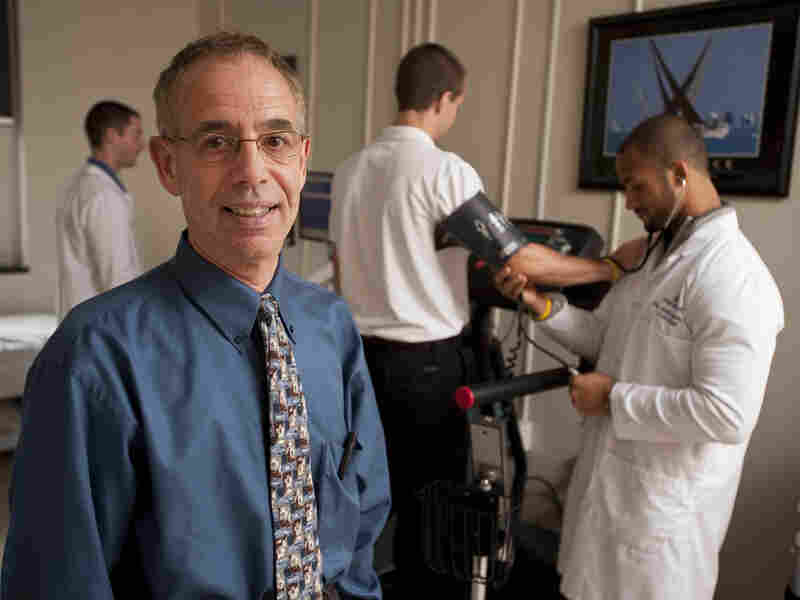 Dr. Kerry Stewart, a professor of medicine at Johns Hopkins University, is doing a stimulus-funded clinical trial to explore the impact of diet and exercise on cardiovascular health. Will Kirk/Courtesy of the JHU Gazette hide caption

toggle caption
Will Kirk/Courtesy of the JHU Gazette 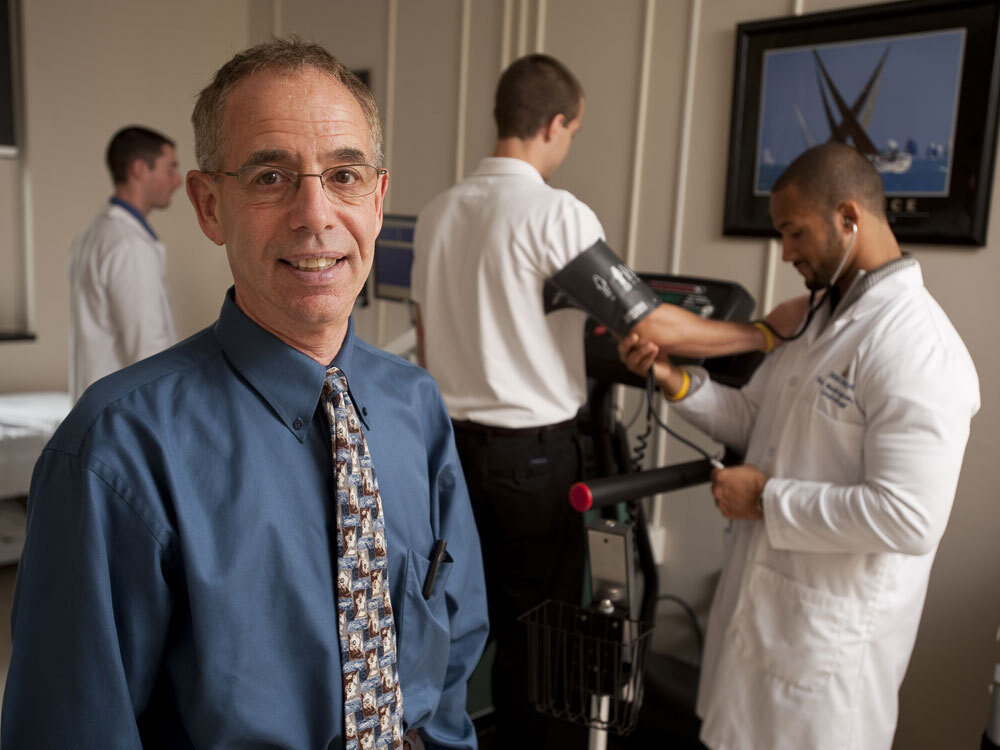 Dr. Kerry Stewart, a professor of medicine at Johns Hopkins University, is doing a stimulus-funded clinical trial to explore the impact of diet and exercise on cardiovascular health.

Will Kirk/Courtesy of the JHU Gazette

The $787 billion federal stimulus replenished state coffers, cut taxes and put people to work building roads and bridges. But it was also used to fund about $18 billion in research projects, which could ultimately lead to discoveries that fuel America's economy or cure cancer.

Virginia Tech electrical engineering professor Robert Clauer didn't design his project to maximize jobs creation. That's because he applied for federal research funds more than a year ago — before the stimulus bill was even written.

Clauer is getting nearly $700,000 in funds under the American Recovery and Reinvestment Act to study "the interhemispheric electrodynamics of the sun Earth system," also known as space weather.

Space weather affects important things like global positioning systems and power grids. Clauer's grant will cover the cost of installing an array of monitoring stations in Antarctica and then crunching the data that come back.

"The ability to observe things down there has been very sparse," Clauer says.

The results could eventually lead to better predictions about space weather events. But the three- to four-year project isn't much of a jobs engine because Clauer only plans to hire one other person. And the additional person hasn't been hired yet.

At Johns Hopkins University, Dr. Kerry Stewart, a professor of medicine, has begun his stimulus research. But at this moment, he is dealing with office space issues. The National Institutes of Health gave him nearly $2 million, which allowed him to hire seven new people.

"Two of them just showed up in the last day or two," Stewart says, as researchers drag desks into the hallway. "We're figuring out where to squeeze them in so they have a place to sit."

Stewart is investigating the effect of different diets and exercise on cardiovascular health. Altogether, about 150 people will take part in two six-month trials.

"We believe they'll lose weight," Stewart says. "The question we're really asking is, will the weight loss have a beneficial impact on the cardiovascular system?"

Stewart has also purchased $60,000 worth of equipment. But so far his project has only injected about $150,000 into the economy.

"Doesn't that sort of make sense?" says Dr. Francis Collins, the director of the NIH. "You wouldn't expect an investigator to spend it all on day one when they've got to do that research over two years of work."

Collins says the $5 billion the NIH is distributing will create 50,000 jobs over the next two years.

"There are not a lot of returns on investment that are better than that," Collins says. "And on top of that, you have the fact that that investigator at Hopkins is making discoveries that advance human health, so what's not to like here?"

But Philip Levy, an economist at the American Enterprise Institute, isn't convinced. "I think it's very fair to say that this was not the best use of the money," he says.

Bang For The Buck

Levy says the whole idea of economic stimulus spending is to push money out the door fast, getting as much bang for the buck as possible.

He says the problem is that research spending, by its nature, doesn't happen very quickly.

"We may think that this is good public policy because we need to know these things, and I think it actually is a good idea to support basic science research," Levy says. "But I'm not sure it's an effective jobs program."

This has Levy and others asking: Does research funding really count as economic stimulus? And could that $18 billion have helped more people by now if it had been spent to stimulate the economy some other way?