Accessibility links
Obama Pushing For More Detail On Afghan Strategy President Obama is pushing his national security team for more detail about an exit strategy for U.S. forces fighting in Afghanistan. After a 2 1/2 hour meeting Wednesday, administration officials said the president does not plan to accept any of the options that were on the table in their current form. 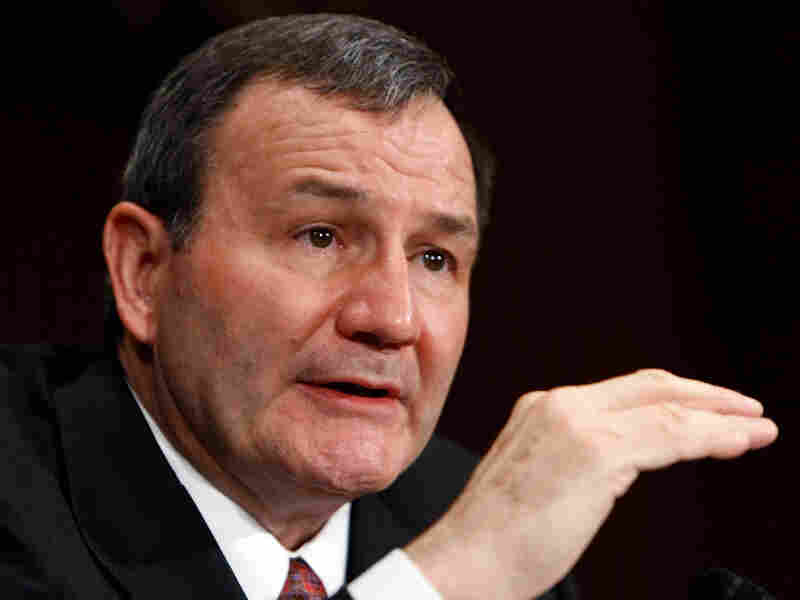 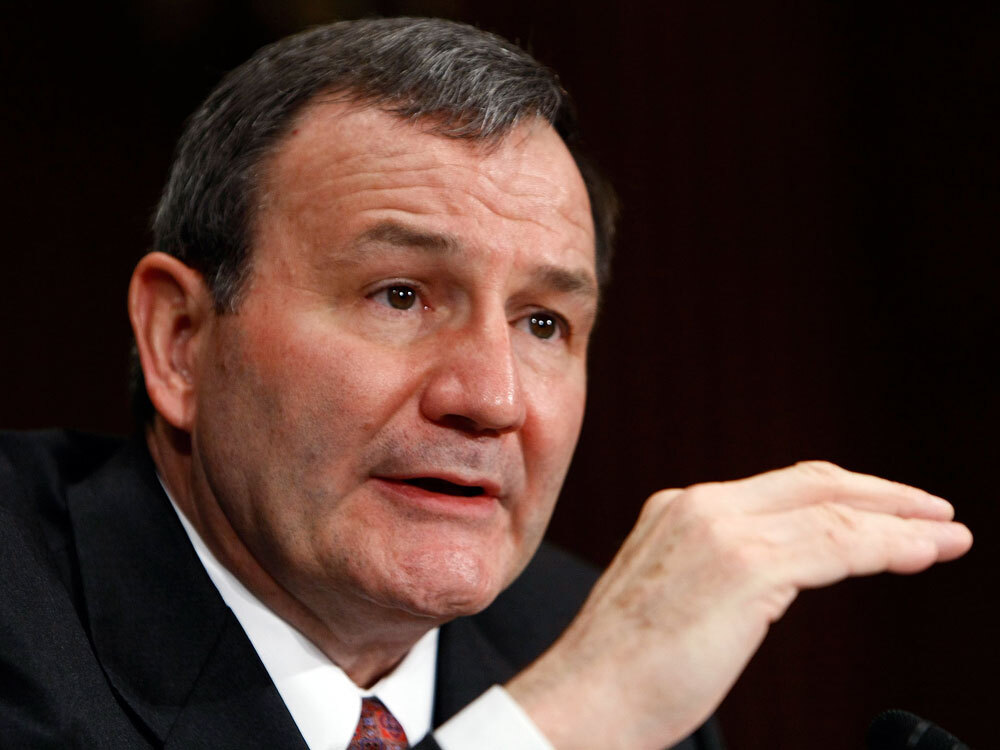 Karl Eikenberry, a former Army general who resigned his commission to take the job as U.S. ambassador in Kabul this year, is reportedly expressing deep concerns about committing more U.S. troops to Afghanistan.

President Obama is pushing his national security team for more detail about an exit strategy for U.S. forces fighting in Afghanistan.

The president met with his advisers Wednesday to chart a new strategy for the war. Obama went into this latest strategy session with what the White House had called four "final" options on the table.

Each involved sending more U.S. troops to Afghanistan, but each would require different troop levels and embrace different goals for the U.S. involvement there.

At the high end, there's the 40,000 or so troops that the top commander, Gen. Stanley McChrystal, says he needs to pull off a successful counterinsurgency. At the low end was an option of 10,000 extra troops, mostly working as trainers for the Afghan army and police force. One middle option would focus on a narrower, counterterrorism mission, while another, said to be endorsed by Defense Secretary Robert Gates, backs sending 34,000 or so extra U.S. troops while calling on NATO to contribute several thousand more.

After the 2 1/2 hour meeting Wednesday, two administration officials told NPR that the president does not plan to accept any of the options in their current form. The officials said the president pushed his team for more detail about an exit strategy for U.S. forces. They said he wants to make clear to the Afghan government that the U.S. commitment is not open-ended.

Still, White House and military officials say the president is close to making a decision on a new strategy for the war.

The president's questions come as his ambassador in Kabul, Karl Eikenberry, is reportedly expressing deep concerns about committing more U.S. troops to Afghanistan.

Eikenberry, a retired Army lieutenant general and former U.S. commander in Afghanistan, is said to be unconvinced that Afghan President Hamid Karzai is committed to rooting out corruption in his government.

Secretary of State Hillary Clinton said Thursday that she is concerned about Afghanistan's "corruption, lack of transparency, poor governance [and] absence of the rule of law."

"We're looking to President Karzai as he forms a new government to take action that will demonstrate — not just to the international community but first and foremost to his own people — that his second term will respond to the needs that are so manifest," Clinton said during a news conference in Manila with Philippines Foreign Secretary Alberto Romulo.