Accessibility links
What's Behind Lou Dobbs' Leaving CNN? The CNN anchor quit Wednesday after months of tensions with executives, saying he would seek new ways to advocate his opinions. Dobbs evolved as a hard-liner on illegal immigration after the Sept. 11 attacks. His often inflammatory views conflicted with corporate strategy. 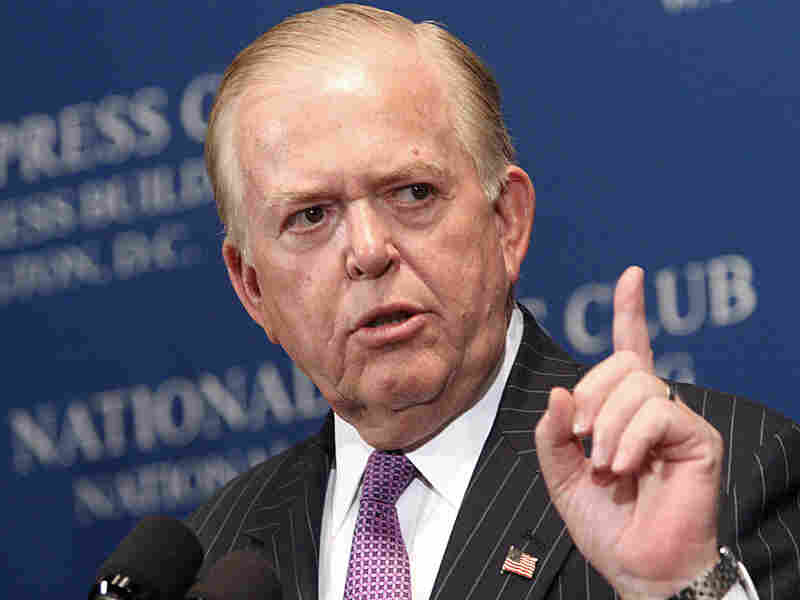 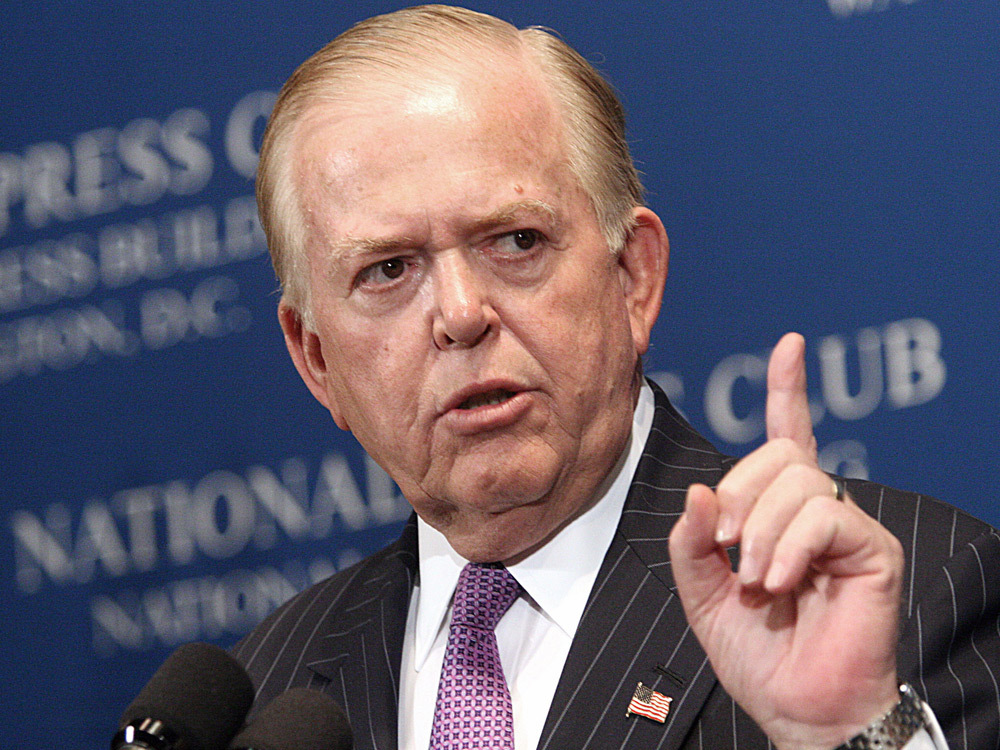 Lou Dobbs, shown in 2007, announced Wednesday that he is leaving CNN.

Lou Dobbs, one of CNN's founding anchors, quit the cable news channel Wednesday evening after months of tensions with executives, saying he would seek new ways to advocate his often inflammatory views.

In his announcement, broadcast live on CNN's Lou Dobbs Tonight, Dobbs said he had won an immediate release from his contract and hinted at a continued high profile in public life.

"Some leaders in media, politics and business have been urging me to go beyond the role here at CNN," Dobbs told viewers, "and to engage in constructive problem-solving, as well as to contribute positively to a better understanding of the great issues of our day."

While Dobbs will continue on his nationally syndicated radio show, he did not specify his new role. CNN announced Thursday that his 7 p.m. weekday time slot will be filled in 2010 by a new show built around longtime CNN political reporter and anchor John King. The selection of King, who strives never to reflect personal ideological positions on the air, is more consistent with CNN's intended brand as a source of objective reporting.

"For decades, Lou fearlessly and tirelessly pursued some of the most important and complex stories of our time, often well ahead of the pack," Klein said in the statement. "All of us will miss his appetite for big ideas, the megawatt smile and larger-than-life presence he brought to our newsroom."

But such warm words masked an almost irresolvable tension between the two men. When the network ran a series on Latinos in America, some critics asked why it did not acknowledge the role of Dobbs, perhaps the nation's most visible critic of illegal immigrants.

On Thursday, in an interview with NPR News, Klein said Dobbs' critics are mistaken.

"We've been talking since the beginning of the year, Lou and I, about the overall positioning of the network and the need for him to remove opinion from his show," Klein said. "He understood that strategy, respected it, and he embraced it."

But Klein said that Dobbs didn't enjoy the constraints that entailed and asked for permission to get out of his contract early. The CNN executive said the parting was amicable and should help both sides.

"We are a very profitable company because of our commitment to journalism," Klein said. "So we don't want to do anything that is off-mission — and we're not going to be."

At the creation of CNN, Dobbs was the network's chief economics anchor, a reliable champion of free markets and free trade. He left in 1999 for an ill-fated Internet start-up and returned two years later.

By his own account, Dobbs was radicalized by the Sept. 11, 2001, terrorist attacks on the U.S. He evolved on the air into an economic populist and a hard-liner on illegal immigration who often sparked the ire of Latinos.

Dobbs' ratings rose for many years, but he drew much fire from critics drawn from disparate business, liberal and Latino circles.

In one instance, Dobbs was forced to apologize for his characterization of the U.S. Hispanic Chamber of Commerce — a mainstream business group — which he said was "effectively an organization that is interested in Mexico's export of drugs and illegal aliens to the United States."

Dobbs sometimes overstated or misrepresented the facts as he sought to connect illegal immigrants to crime or other societal ills, a frequent theme. In one instance, Dobbs and a CNN reporter seemed to attribute a startling rise in leprosy cases to illegal immigrants from Latin America. There was no such startling rise — and what cases there were would have been more likely to have had Asian origins.

His radio show took on an even more severe edge.

And Dobbs' desire to voice his sharp opinions conflicted with CNN's corporate strategy.

Over the past decade, Fox News far outstripped CNN in the ratings games. Its game plan involved a consistent lineup of right-of-center (and now with Glenn Beck, far right-of-center) punditry and an emphasis on stories that Fox loudly claimed the rest of the press was ignoring because of a liberal media bias.

CNN's Klein responded by positioning the channel as the best source for objective journalism in cable news — home for storytelling and truth-telling, not anchors spouting their beliefs. The channel's ratings have, if anything, declined against its competition. In October, it was beaten badly in prime time by Fox News and MSNBC and, among younger viewers, even by its more tabloidlike and opinioncentric sister channel Headline News.

The conflict between CNN's leadership and Dobbs flared internally periodically, but it erupted into the open this past summer.

On the air, Dobbs consistently indulged the so-called birther movement — those people who question whether President Obama was born on American soil and, therefore, whether he was constitutionally entitled to be president. Dobbs said he believed Obama was probably born in Hawaii, as he said. But despite birth records, statements from Hawaiian health officials and contemporaneous birth announcements in Honolulu newspapers, Dobbs said such questions were utterly legitimate and that the president had failed to address them.

Along with other mainstream news organizations, including The New York Times and NPR, CNN had already reported that such suspicions were unfounded. Klein defended Dobbs publicly, but CNN executives warned Dobbs not to indulge the issue of Obama's birth again. And they ran an extensive corrective piece on Lou Dobbs Tonight one evening when he was away.

But when Dobbs came back, he turned to the matter again.

On Wednesday night, Dobbs announced that by leaving CNN, he would be able to pursue advocacy of the issues he held most dear — including immigration, the plight of the middle class, health care policy and the wars in Afghanistan and Iraq.