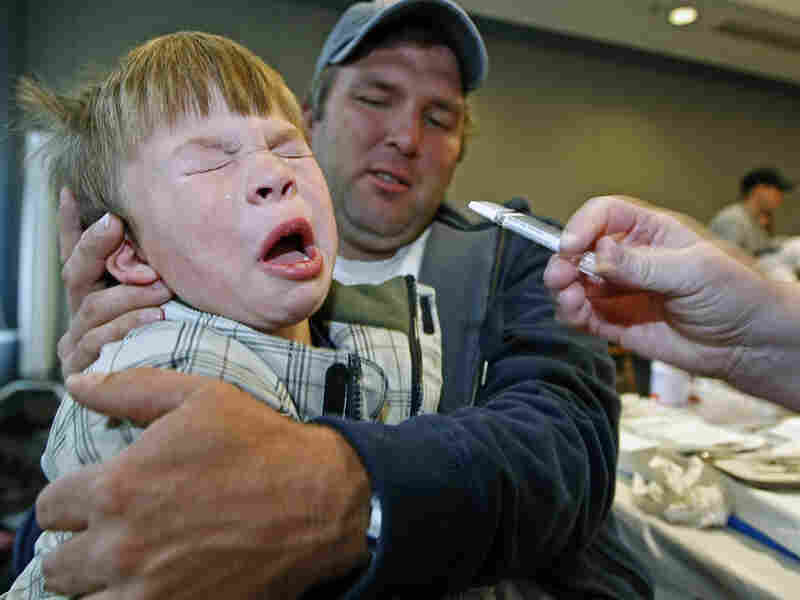 Spencer Whatcott pulls away after receiving the H1N1 nasal spray vaccine while his father holds him at the Utah County Health Department in Provo, Utah, in late October. George Frey/Getty Images hide caption 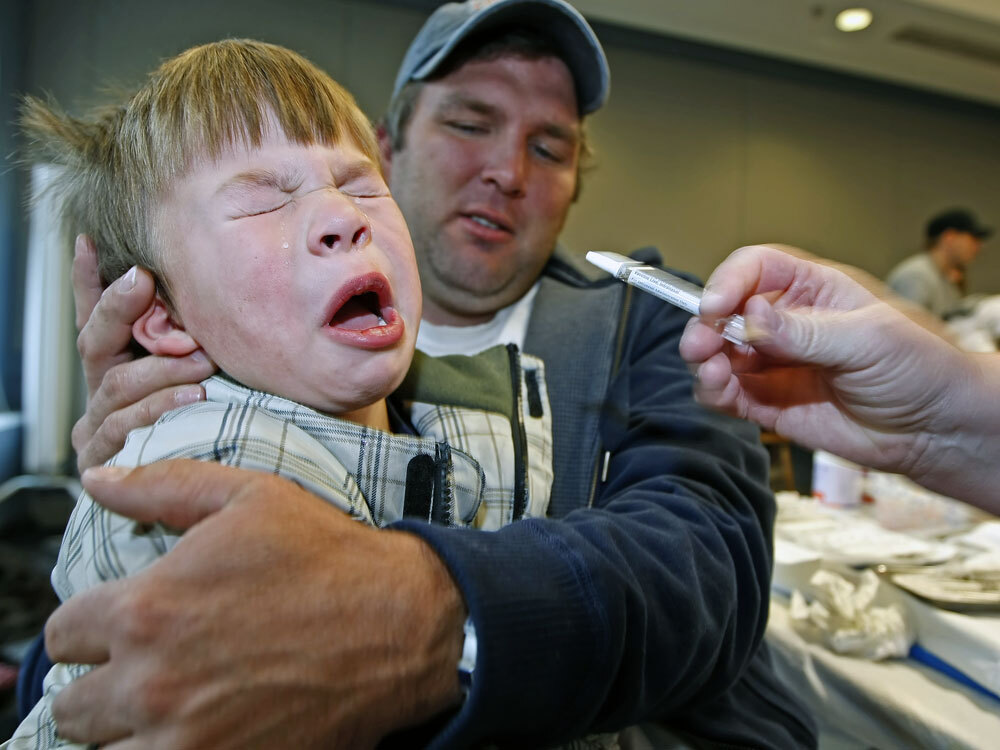 Spencer Whatcott pulls away after receiving the H1N1 nasal spray vaccine while his father holds him at the Utah County Health Department in Provo, Utah, in late October.

The swine flu pandemic has been a stimulus of sorts for cash-strapped health departments around the country.

Congress approved more than $7.5 billion in emergency funds specifically for the swine flu. More than half of that money went to pay for H1N1 vaccine production. Local health departments will get almost $1.5 billion to give out the vaccines. The bigger the county's population, the more funding they get.

A Boost For Cash-Strapped Health Departments

This means that in California's Sacramento County public health department, they're doing something they haven't been able to do for a while: hire people.

Lynnan Svensson, Sacramento County's immunization program coordinator, says her health department will get about $3.5 million in federal funds to hire a slew of new employees. 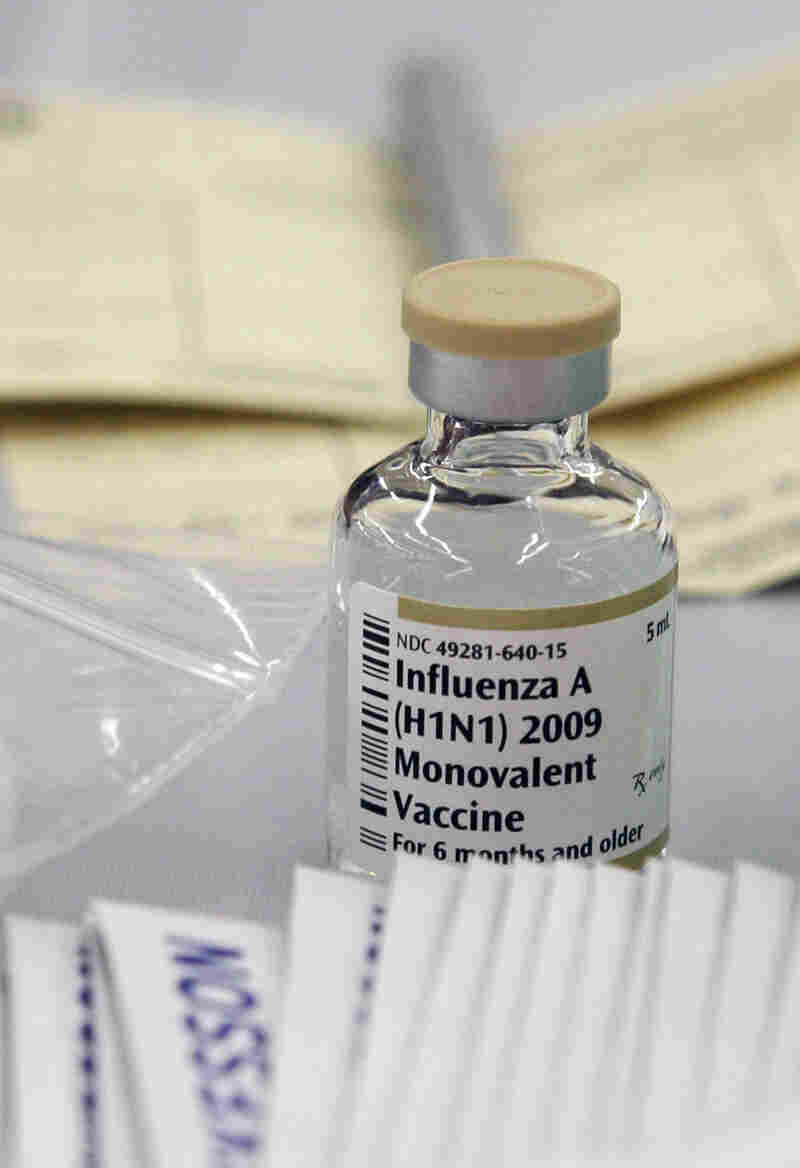 A vial containing swine flu vaccine sits on a table at a clinic in Phoenix in late October. Ross D. Franklin/AP hide caption 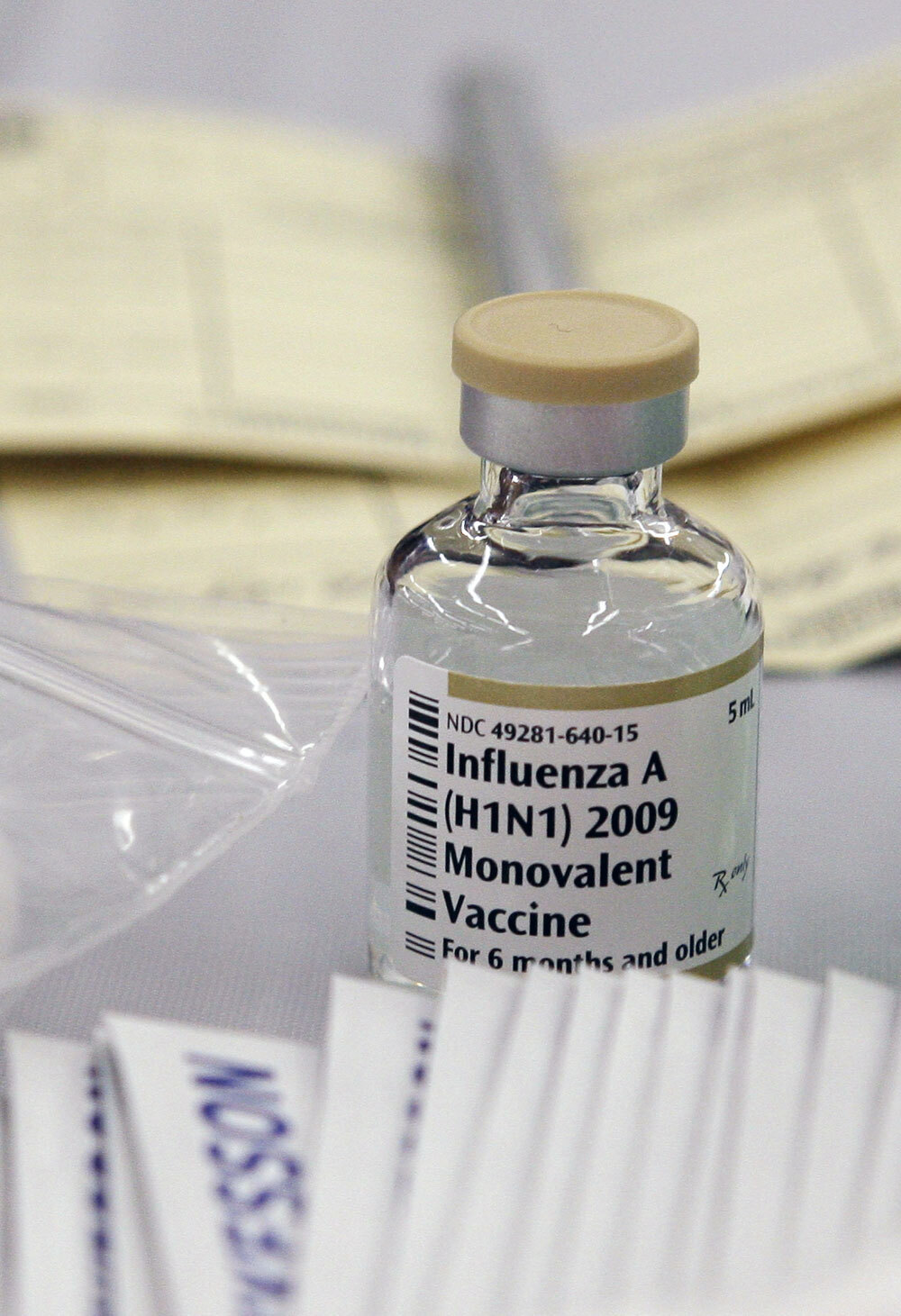 A vial containing swine flu vaccine sits on a table at a clinic in Phoenix in late October.

"It's a temporary stimulus," Svensson says, "but it is a stimulus — at a time in which we really needed one."

She has been spending a lot of time on the phone, figuring out how she'll use these new employees at the H1N1 vaccine clinics that start next week.

The infusion of federal cash comes at a good time for county health departments around the country. A recent National Association of County and City Health Officials survey found that in a little over a year, local health departments have lost, on average, 10 percent of their workforce.

Svensson says Sacramento County Public Health has seen its fair share of staff cuts. She says the federal money will give her staff a huge boost: She's getting at least 80 new employees. That's compared to her normal team of eight part-time employees.

"We're bringing on some registered nurses," Svensson says, "some licensed vocational nurses, as well as some assistants, senior office assistants."

Svensson says her new employees will work at more than 40 H1N1 vaccine sites over the next few months. Without them, she says it would be almost impossible to give out about 2,000 shots at each clinic. And she'll be able to hire back some nurses who were recently let go.

Jan Heckey is one of those nurses. She was laid off about six weeks ago and had been trying to find another job. She says that even though it's a temporary position and a little bittersweet, the paycheck will help her family's budget, especially in the upcoming holiday season.

"We have been affected in my not working," Heckey says. "We have definitely had to scale back on expenses and put things on hold. And it helps me during the Christmas season, too."

Public health departments around the nation will also be using the federal funds to hire on new temporary staff. Jeff Levi, with the public health advocacy group Trust for America's Health, says that during this pandemic, these staff hires are vital.

"Over the last year and a half," Levi says, "it's been estimated that local health departments have lost somewhere around 20,000 positions."

Levi says that while the federal money departments are receiving is critical, it's still just a short-term boost.

"Those positions that have been at least temporarily saved or restored at the local level because of the pandemic money, those will disappear again once the pandemic is over," he says.

But he says there's a bright spot for the future. In the recently passed House of Representatives health care overhaul bill, there's a multibillion-dollar trust fund that includes money for local health departments. But that dedicated revenue stream is not a done deal, because the Senate has not yet weighed in with its version of the bill.