Accessibility links
The Decade In Music: 50 Cent's 'In Da Club' (2003) "In Da Club" was a ubiquitous presence on seemingly every commercial radio station, at every hour of the day. The song made 50 Cent out to be a loveable, huggable roughneck the likes of which the ladies hadn't seen since Method Man. "I'm into having sex, I ain't into making love," he drawls, adding, "So come give me a hug." 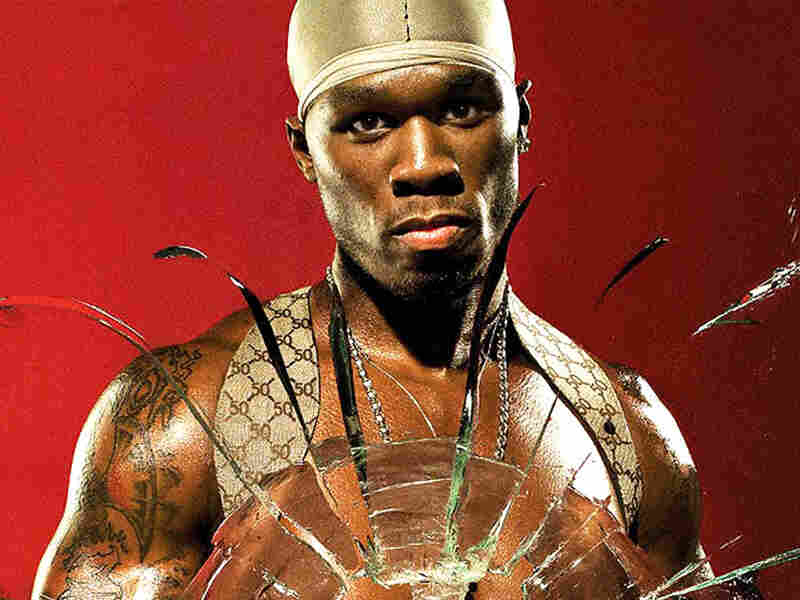 When he released the ubiquitous "In Da Club," rapper 50 Cent announced his dominance in a big way. courtesy of the artist hide caption 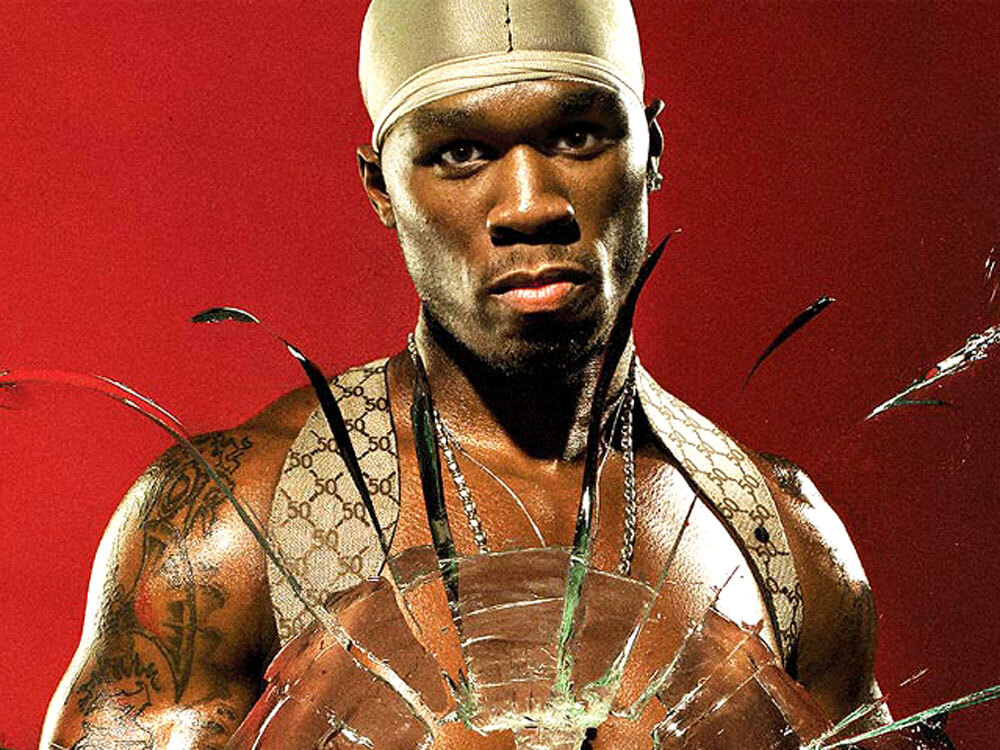 When he released the ubiquitous "In Da Club," rapper 50 Cent announced his dominance in a big way.

In the three years preceding 2003, 50 cent was an apparition: He had a presence, yet no one could see his face. There were rumblings that something big was coming — first, there was "How to Rob," a single in which he listed the major celebrities whose possessions he could lift easily. (A handful noticed enough to reply in song.) Then he caught heat — allegedly — for naming a who's who of Queens drug dealers on "Ghetto Qu'ran." Every mixtape guy was either hyping him like crazy or soft-selling his tapes.

When 50 signed to Interscope, it was with the backing of both Dr. Dre and Eminem, who were at that time the most influential musicians in rap music. (Having once been the future themselves, they thought they could predict it.) "Wanksta," from the No Mercy, No Fear mixtape, ended up on the 8 Mile soundtrack, and 50 was off to the races.

Get Rich or Die Tryin', released in February 2003, immediately set sales records. "In Da Club" was blasted on seemingly every commercial radio station, at every hour of the day. Despite his domination of the airwaves and the charts, he continued to squabble with other well-known rappers, most visibly Ja Rule, but 50 seemed sent from another planet. For one thing, he outweighed Ja Rule by a good 100 pounds; for another, his songs made him out to be a loveable, huggable roughneck the likes of which the ladies hadn't seen since Method Man. "I'm into having sex, I ain't into making love," he drawls, adding, "So come give me a hug."

The beat which drives "In Da Club" could fairly be called harsh or elegantly spare; it sounds as if it were built out of Duplos and the most Midi handclaps ever. Naturally, it helped set off the ringtone craze, becoming so ubiquitous that just two years later, it was a tongue-in-cheek, kind of retro move to still have it vibrating the table when your mom called. With a hook so chunky and flat-footed, it was hard to dance to, but 50 sounded as if he were rhyming with a smile on his face. What little slang he drops isn't obscure, and despite a swollen tongue — a byproduct of having been infamously shot in the face — his words are easy to understand. And, even though he's not talking about changing the world, he still sounds hungry here; he's out to prove something.

"In Da Club" marks the joyful, playful start of a depressing era of party rap somewhat akin to the hair metal situation of the '80s — a stretch that nonetheless yielded some gems (thanks Lil' Jon, Usher and Luda) and only now, at the end of the decade, seems to be drawing to a close.