Accessibility links
Phasing Out Pennies In A Bid For Change There been a long-running debate about the future of America's one-cent coin, and at least one store owner in Berkeley, Calif., has decided to take a personal stand. Alko Office Supply refuses to take any pennies. 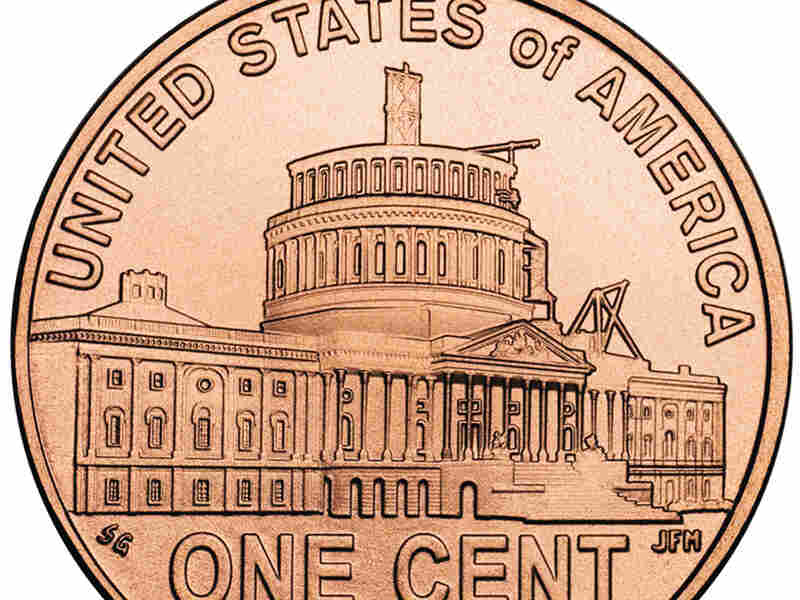 The last of four special Abraham Lincoln pennies released in 2009 was unveiled this month. Penny cheerleaders say the coin is useful for charity; naysayers say it's obsolete and wasteful. Courtesy of the U.S. Mint/AP hide caption 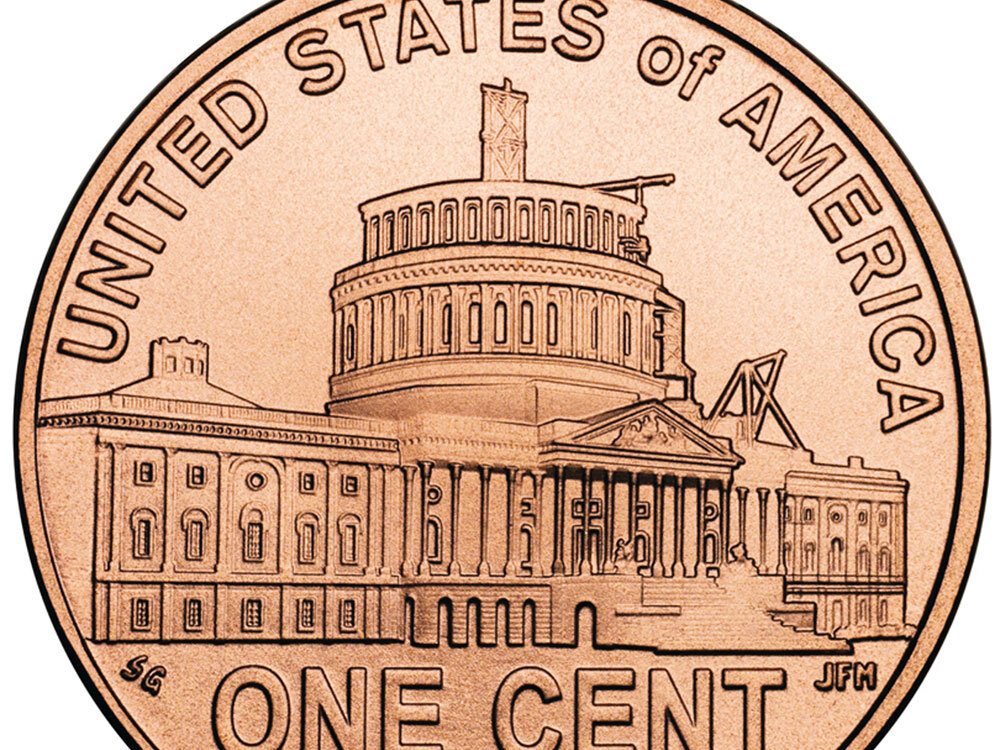 The last of four special Abraham Lincoln pennies released in 2009 was unveiled this month. Penny cheerleaders say the coin is useful for charity; naysayers say it's obsolete and wasteful.

Courtesy of the U.S. Mint/AP

Pennies By The Numbers

2.5: Percentage of a penny that is copper.

2: Number of U.S. Mint facilities that manufacture coins for circulation. They are located in Denver and Philadelphia.

25: Life span of the average coin, in years.

This month the U.S. Mint releases the last of four special Abraham Lincoln pennies, which coincide with the 200th anniversary of Abraham Lincoln's birth.

Not everyone is celebrating.

The future of America's one-cent coin has been the subject of much debate, and one store owner in Berkeley, Calif., has decided to take a personal stand.

Not Even One Red Cent

Alko Office Supply in downtown Berkeley is an average-looking store, with one exception. Hanging above the cash register, a sign reads: "We are a penny free store."

Cashier Andrew Allen says that with so many people using credit and debit cards, he only has to explain the no-penny rule about once a day. 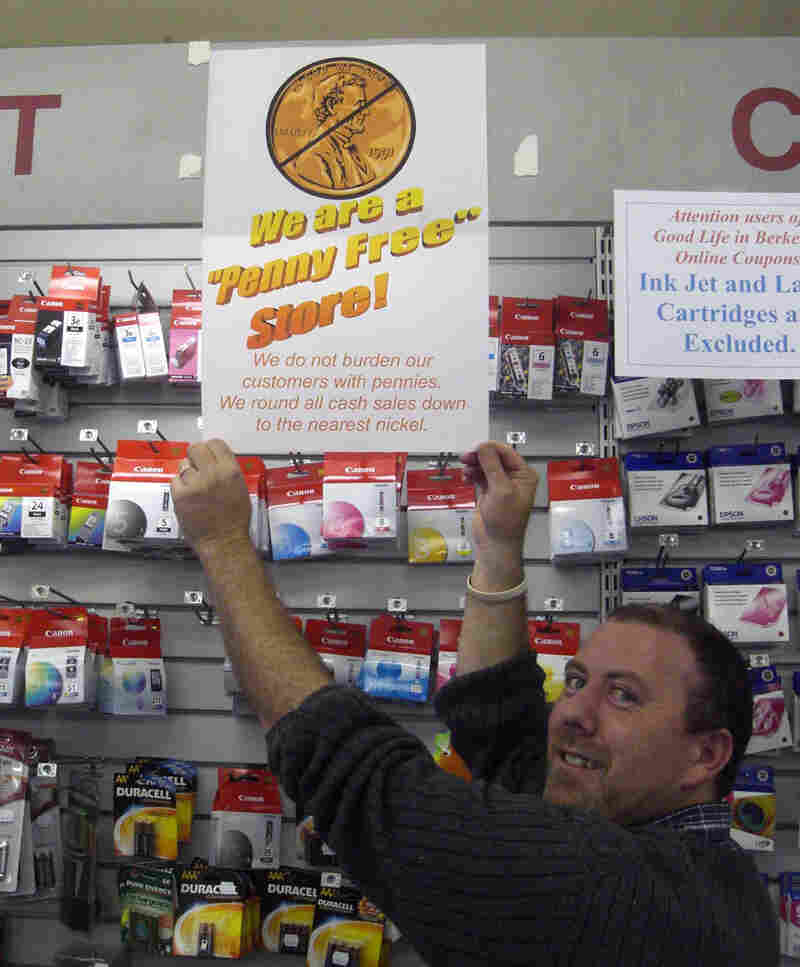 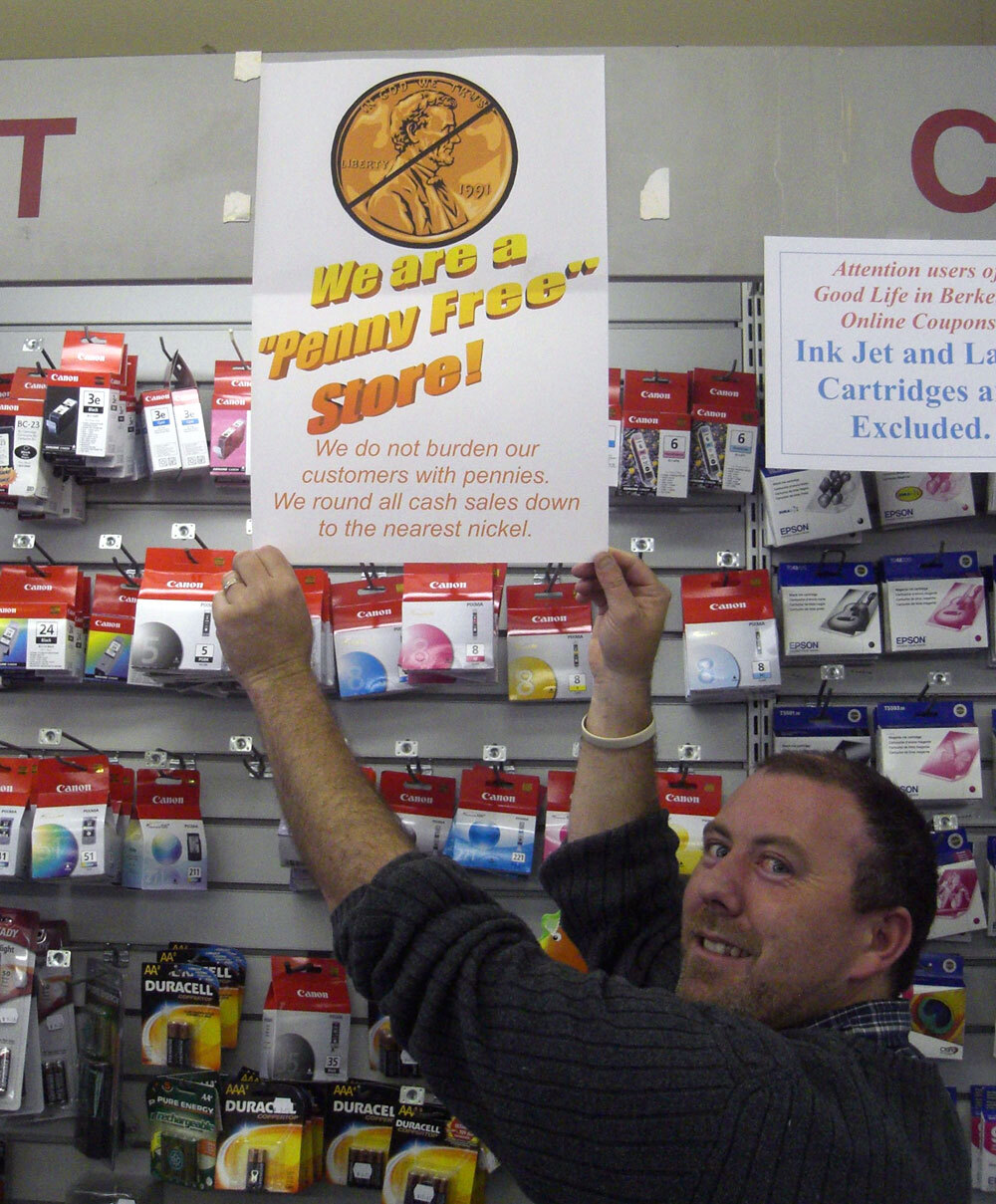 But Is It Legal?

While all U.S. currency is legal tender for paying debts, public charges, taxes and dues, the Treasury Department says private business can decide, as a matter of policy, whether to accept currency as payment, and if so, in which denominations. About a year ago, Gary Shows, the owner of Alko Office Supply, felt pennies were no longer worth the hassle for customers and cashiers.

"One evening, I had this idea," Shows says, "That if we went penny free and rounded everything down to the customer's favor to the nearest nickel -- if everybody was four cents, I decided that we would lose about $500 a year."

Shows says that the lost $500 is likely overcome by customers who remember the store and come back. For Shows, it was an issue of convenience. But there are other figures starting to stack up against the penny. For instance, since 2006, producing a penny has cost more than one cent due to the rising price of zinc, the main ingredient in the coin. Inflation is also an issue.

"It's important to separate the idea of something being used, and something being useful," says Jeff Gore, the founder of a group called Citizens for Retiring the Penny. Gore points out that every year, our currency is worth less.

"There's just a very natural process where we have to retire currency," Gore says. "The penny used to be a useful coin. But it hasn't been useful for many decades."

But the penny has some serious fans -- and lobbyists -- behind it. Mark Weller is the executive director of Americans for Common Cents. He represents zinc producers, coin manufacturers, coin collectors and various other penny-loving constituencies. Weller's economic theory is that if the penny is eradicated, prices of everyday goods will rise.

"The alternative to the penny," Weller says, "is rounding to the nickel, and that's something that will negatively impact working families every time they buy a gallon of gas or a gallon of milk."

Weller also argues that charities would suffer greatly without pennies.

Only a couple miles away from the penny-free office supplies store, Dagmar Serota is weighing the pennies collected by a class of pre-kindergarten boys at Linda Beach Cooperative preschool in Piedmont, Calif. She calls the pennies "good cents."

In 2005, Serota founded Good Cents for Oakland, a nonprofit organization that helps children raise money for charity. Since then, she's helped school children raise more than $35,000 for homeless shelters, soup kitchens and other charities by collecting pennies and other coins. This haul -- $159.54 -- will be donated to the local food bank.

"Pennies are easy to ask for and they are easy to give," Serota says. "And it's very easy for a child to say, 'Will you help me support this nonprofit, will you give me your pennies?'"

When Rep. Jim Kolbe, a Republican from Arizona, introduced bills in the House to quash the penny, charities such as Serota's came out in full force to object. The bills went nowhere, and Kolbe is no longer in office. So it doesn't seem that the Lincoln coin will be disappearing any time soon.

Penny lovers and haters have plenty of time to debate what makes sense -- one cent at a time.