Accessibility links
With Its Limp Remake, AMC Breaks 'The Prisoner' AMC's newest miniseries is an ill-advised attempt at a reboot of the cult-hit '60s spy series: A man known as Six (Jim Caviezel) finds himself trapped in a strange desert village, dogged by a mysterious watcher (Ian McKellen's elusive Two). Critic David Bianculli says that despite McKellen's captivating performance, the remake has none of the curious genius of the original. 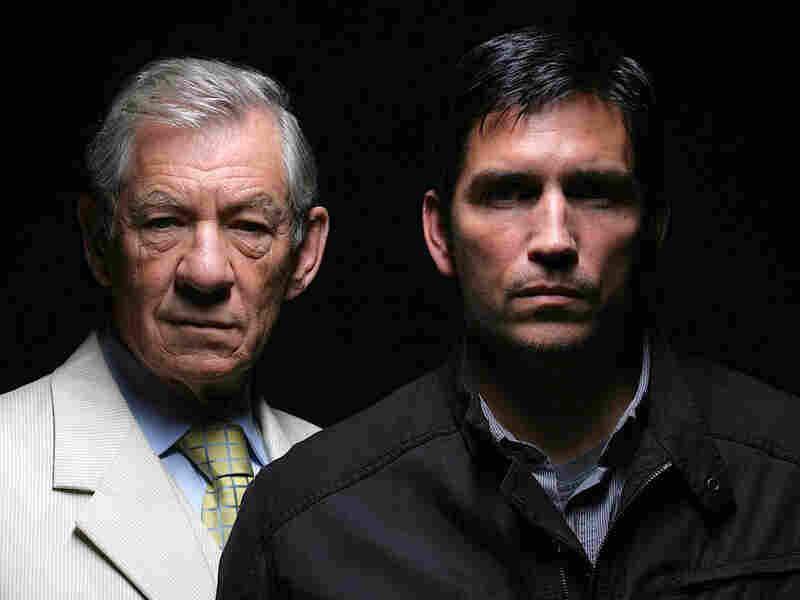 Two on a party: Ian McKellen (as the mysterious Two, at left) acts circles around an underwhelming Jim Caviezel in AMC's unbalanced remake of The Prisoner. Keith Bernstein/AMC hide caption 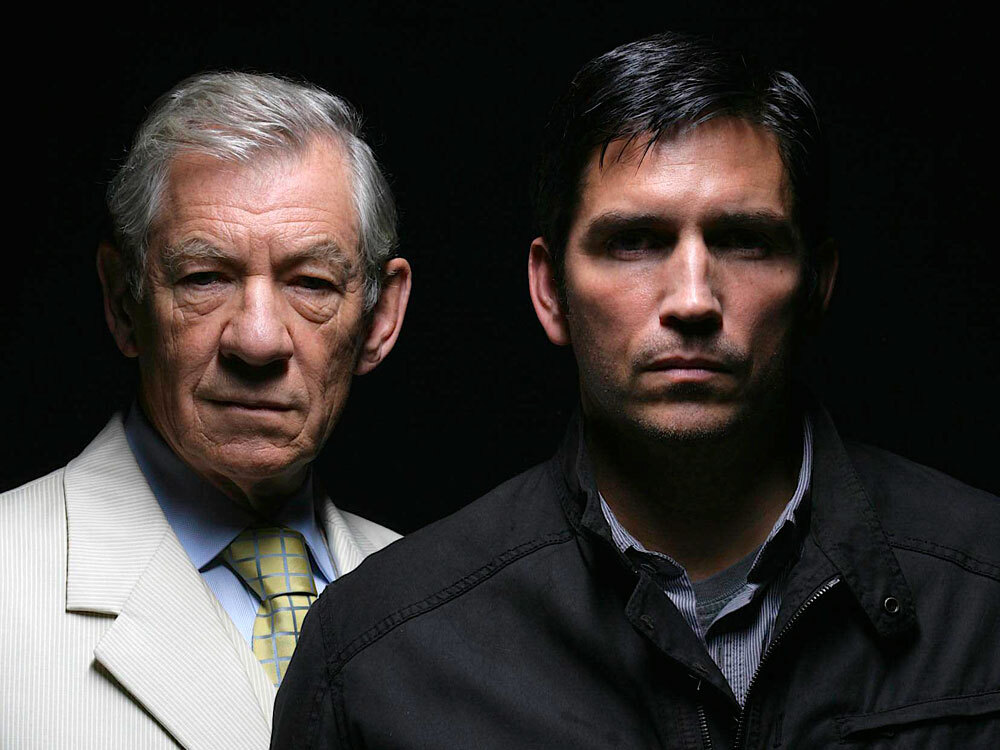 Two on a party: Ian McKellen (as the mysterious Two, at left) acts circles around an underwhelming Jim Caviezel in AMC's unbalanced remake of The Prisoner.

'I'm Not Your Brother'

'What If They Speak Out?'

The original British series The Prisoner, starring Patrick McGoohan as a secret agent hauled off to a remote and mysterious place known as The Village, made it to American TV in 1968. In a very volatile year, it was stunningly political. It questioned authority and championed independence. It was one of TV's first true miniseries, with a beginning, a middle and an end — even if that ending, the Sixties equivalent of the blackout finale of The Sopranos, infuriated as many viewers as it pleased.

And even though we never knew the name of the hero, it was easy to identify with him. For reasons unknown but doubtlessly noble, he has resigned his job as a spy, and the entire series is an attempt, by his Village captors, to uncover his true motives. Each week, a Village official known as Number Two tries to crack the hero using a different approach. Each week brings failure, and the following week a new Number Two. Meanwhile our hero, played by McGoohan, continues to rage against the machine, and even against his given identity in the Village: Number Six.

The original Prisoner was shown on CBS as a summer replacement for The Jackie Gleason Show. Needless to say, it was noticed, and still is, for being jarringly, daringly different. My interpretation of the controversial ending, by the way, is that it revealed Number Six as the Village's Number One — that we are all held captive by metaphorical prisons of our own design, that sort of thing. I could go on and on about the original Prisoner — and I'm tempted to, because the new version beginning Sunday on cable's AMC is such a disappointment.

AMC, in trying to make a name for itself as a presenter of quality TV, had a perfect record up to now. First it presented the Robert Duvall Western Broken Trail, then the superb drama series Mad Men (great season finale, by the way), and most recently another daring drama, Breaking Bad. Triple, home run, home run. And now, with its new Prisoner, an embarrassing strikeout.

Except for the casting of Ian McKellen as the two Number Two, this new six-hour TV version makes changes that weaken the concept, rather than playing to its strengths. For Prisoner fans, there's a lot to be irritated by. There's only one Number Two, rather than a succession of adversaries. And even the honorific prefix Number is dropped. The head of the Village is simply Two now, just as our captive hero, played in the new miniseries by Jim Caviezel, is Six. That just sounds wrong, like when the first adaptation of a 007 novel, made for American TV before the movies came out, referred to that spy as Jimmy Bond. Honest.

Writer-producer Bill Gallagher respects some of the old touches enough to keep them intact. A few villagers still end each conversation with, "Be seeing you." There's still a mysterious, oversized oval that serves as a sort of sentient watchdog. And one scene, in which Six tries to buy a village map, is still a strong nod to the original series premiere.

Each hour, Two tries to unearth Six's secrets, but this time Six is not even a spy, just a corporate middleweight. Most plots are original, though, and aren't improved by their originality. Instead of filming at the quaint yet modern resort on the coast of Wales where the original was filmed, this new Prisoner, set in the present, prefers a desert-and-mountain setting, filmed partly in Namibia. It's added lots of recurring characters, including a teen son for Two, named Eleven-Twelve, presumably intended to hold younger viewers. Another bad move.

The only scenes that work are the ones with McKellen. Where Patrick McGoohan was magnetic, Jim Caviezel, who played the title role in The Passion of the Christ, almost fails to register. Put the two actors in the same scene, as in one early interrogation between Two and Six, and you're in danger of rooting for the wrong side.

This new Prisoner tries to be mysterious and compelling, like ABC's Lost. But it's not so much Lost as Misguided. The original, despite its serious themes, had a great sense of fun. AMC's new Prisoner just seems glum — and seems a lot longer than six hours. My advice: Seek out the original. Skip the remake.