Accessibility links
Obama's Half-Brother Recasts Story Of Their Father One person who plans to meet with President Obama during his trip to China is his half-brother, Mark Obama Ndesandjo, who lives in China. Ndesandjo has recently released a semi-autobiographical novel, revealing the abusive nature of their father. 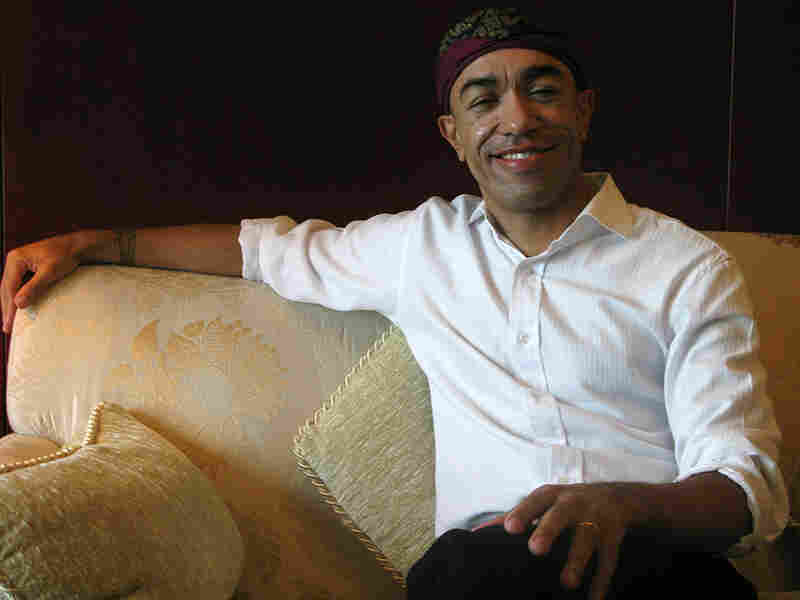 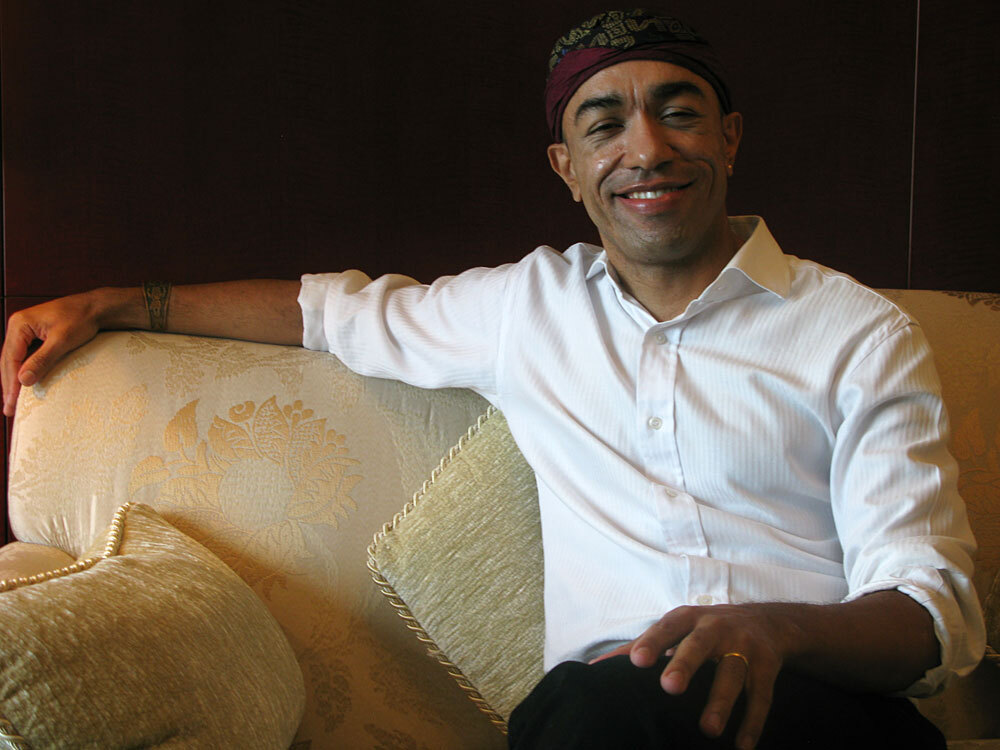 Mark Obama Ndesandjo and President Barack Obama share the same father. Ndesandjo, who lives in China, has just released a semi-autobiographical novel, Nairobi to Shenzhen, which includes details about life with Barack Obama Sr., a brilliant but abusive man.

It is a tale of two brothers, but no ordinary brothers. One is president of the United States; the other is his half-brother, who lives in China. As President Obama arrives this weekend in China, his half-brother recently released a semi-autobiographical novel, revealing the abusive nature of their father.

Mark Obama Ndesandjo's face bears an uncanny resemblance to his more famous sibling. His eyes are familiar, yet different.

Ndesandjo and Obama share the same father, but their lives have veered apart. Barack Obama hardly knew their father, who left when Barack was 2. But his younger half-brother Mark grew up in Kenya under the same roof as their violent authoritarian father.

"He managed to work his way up through ... sheer intellect, will and also, at the same time, persistence to go to Harvard and some very high levels in American society," Ndesandjo says of their father. "Then something happened. It was an explosive mixture of drink, maybe disappointment and an inability to understand his own demons that caused the domestic violence we had in our home."

Ndesandjo (pronounced de-SANZ-jo) wrestles with that legacy in his semi-autobiographical book Nairobi to Shenzhen. Like Obama, his mother was a white American, so the book describes his struggle with his multiracial identity. Like Obama, he went to university in the U.S., studying physics and math at Brown, then earning further degrees at Stanford and Emory.

But his academic success was overshadowed by those formative years in Kenya. He says the violence at home hardened him, making it difficult for him to forge relationships or even to look closely at himself.

"With me what happened is that I also didn't want anything to do with anything that had to do with my father. This could include aspects of African culture. It could be not wanting to be associated with the Obama name," Ndesandjo says.

After losing his marketing job in the U.S. after Sept. 11, 2001, Ndesandjo moved to China where he took refuge in music and community work. A gifted pianist, Ndesandjo recorded an album and he volunteers at a local orphanage. Last year, he married a Chinese woman.

But he says Barack Obama's election campaign turned his life upside down.

"I didn't want anything to do with American politics: It's scrappy, it's something that turns huge spotlights on everybody. But then slowly I began to see an atmosphere around the world that was moving from one which had been in fear towards one of hope," he says.

Indeed, the spotlight did turn on Ndesandjo. Last year he flew to Austin, Texas, using money he had been saving to buy a piano, to meet Barack Obama for the first time in many years. He says it was an emotional moment.

"Well, first I hugged him, and he looked at my moustache, and he said, 'Hey, what's this little thing here?' And I said, 'It's a moustache, dude.' Then he said, 'You have a little less hair than last time I saw you.' And I said to him, 'Well, so do you.' And he said, 'Oh I couldn't afford a haircut then.'"

His half-brother's election has allowed him to take pride in the Obama name, which he hadn't used for many years. Their father — who had six other children — died in a car crash in Kenya in 1982.

Barack Obama's 1995 memoir Dreams From My Father dwells on his absent father and how it shaped Barack's life story.

I didn't want anything to do with American politics: It's scrappy, it's something that turns huge spotlights on everybody. But then slowly I began to see an atmosphere around the world that was moving from one which had been in fear towards one of hope.

For Obama and Ndesandjo, their father's shadow looms large over their lives. Back in 2004, Barack Obama described that influence in an NPR interview.

"There's a wonderful saying by Lyndon Johnson that every man is either trying to live up to his father's expectations or making up for his mistakes. I guess I'm sort of doing both. I think in some ways I still chase after his ghost a little bit," Obama said.

These mirror-image reactions in a way reflect the relationship. These half-brothers have much that is shared — and much that is not. Ndesandjo is planning to meet his half-brother on his trip to China, which starts Sunday.

"I look at my brother — President Obama — and I'm so totally proud of all that he's been able to do. I'm extremely excited my brother is coming to China," he says.

In Dreams From My Father, Obama describes meeting Mark as being like "looking into a foggy mirror." All these years later, Ndesandjo says he finally hopes to wipe clean the fog from that mirror.