Accessibility links
Hafez Nazeri: From Iran, Music Beyond Politics On Nov. 14, Hafez Nazeri will headline at Carnegie Hall. The young Iranian musician has been attracting attention for "Sounds of Peace," an East-meets-West program inspired by a progressive political vision. Or is it?

On Nov. 14, Hafez Nazeri will headline at Carnegie Hall. The young Iranian musician has been attracting attention for "Sounds of Peace," an East-meets-West program inspired by a progressive political vision. Or is it? 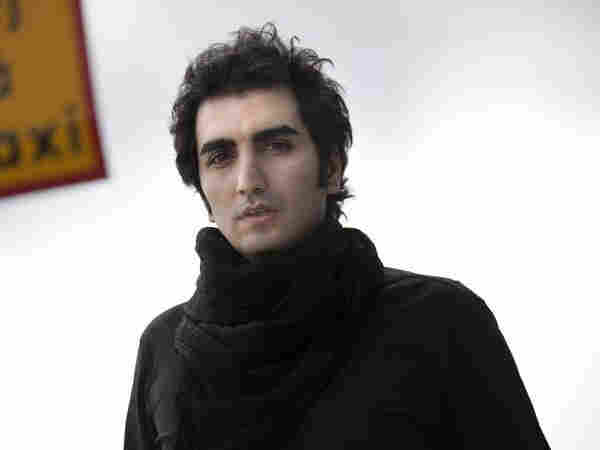 Hafez Nazeri's "Sounds of Peace" program will make him the first Iranian to headline Carnegie Hall. Courtesy of the artist hide caption 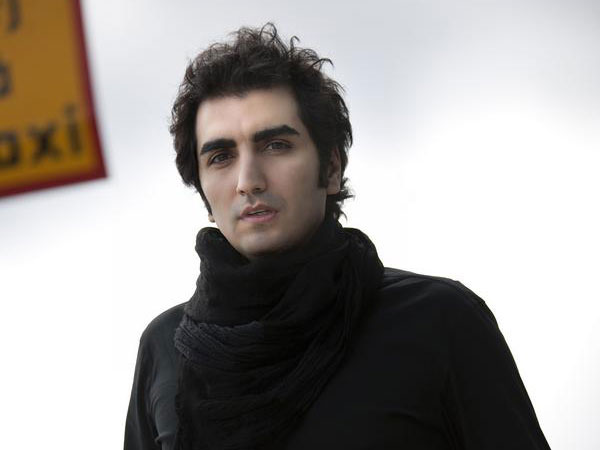 Hafez Nazeri's "Sounds of Peace" program will make him the first Iranian to headline Carnegie Hall.

Nazeri likes to think of himself as a troublemaker.

"I was always controversial, because whatever I do, I always wanted to make change," Nazeri says. "So many people, they don't like it. The conservative people don't want to see the change, and if you touch, it means you are destroying a tradition."

The 30-year-old has never been big on "Look but don't touch." Son of the famous vocalist Sharam Nazeri, young Hafez was only 3 when he started to play the setar, a traditional Persian lute. By 9, he was performing alongside his father at European festivals. In his latest ensemble, the Rumi Symphony Project, Nazeri is joined by his father, percussionist Hussein Zahawy and Western classical string players — a gesture symbolizing unity among cultures.

Nazeri became interested in creating this kind of musical mix when he came to New York and studied composition at Mannes College The New School for Music.

"Western composers, when they talk about Middle Eastern music, right away, they talk about quarter tones," Nazeri says. "You know, 'It's so cool. Yes, how does it work?' "

Those are notes that would literally fit between the white keys and the black keys on a piano, a characteristic feature that gives Persian music a melodic richness.

For the Rumi Symphony Project, Nazeri chose to play in a melodic mode that has almost no quarter tones in order to meld these traditions. It's hardly a radical solution, but then again, fusions between Persian and Western classical traditions are nothing new.

Stephen Blum, a Persian-music scholar and professor at the CUNY Graduate Center, says that military bands helped make Western music important in Iran in the late 19th century. He says that Western influences became controversial with cultural policies instituted after the Iran-Iraq war in 1988.

"The government was very opposed to what they called the cultural invasion of the West," Blum says, "so they encouraged indigenous classical music and also music of the regions, and started to have festivals in the mid-1990s."

The careers of musicians like Nazeri's father were able to blossom as a result. They were a select few, though, and it's even tougher to succeed today.

"Young musicians don't have enough opportunities to perform," Blum says. "It's very difficult to arrange concerts. And even when something has been approved, the approval can be taken away at the last minute."

On the Nazeris' "Passion of Rumi" tour in 2000, they performed to 140,000 people over four nights at Tehran's Saadabad Palace, former home of the shah. Having had the experience of living in New York for the better part of a decade, the younger Nazeri still doesn't see much difference between being a musician in Iran and the West.

"Of course, in Iran, we have certain laws and rules and limitations, but I don't think that's a huge difference," Nazeri says. "For instance, a limitation is that woman can't sing in public. When you are releasing a recording, or if you are going to have a concert, you have to get permission from the cultural minister, whoever represents music in Tehran. They have to know about the poetry you use."

Not a big difference? Maybe not, if you're descended from musical royalty.

"Sometimes they let you do it; sometimes they don't," Nazeri says. "I don't think that happens to me and my father, that they don't allow us to do something because my father is an icon there. They respect him very much."

Vocalist, composerand performance artist Sussan Deyhim was born in Iran but has lived in the U.S. since 1980.

It's been a while since she has taken the stage at Carnegie Hall, but she packed Le Poisson Rouge in Greenwich Village for a protest and solidarity concert. It was Sept. 24, the same day Iranian President Mahmoud Ahmadinejad was greeted by protesters at the U.N.

Nazeri wants to use Rumi's poetry to create a music beyond politics, to help create a more positive image of Iran than what he sees in the American media.

Deyhim, who had always been skeptical of activism, says that Iranians have already begun to change that image themselves.

"When the image is a bunch of penguin-looking dark-veiled women with bearded men, you know that whole thing," she says. "Then, suddenly, you see this whole new generation of young people who are so Internet-savvy, so cyber-eloquent ... it's liberating."

These may not be the sounds of peace, but for many people, that was the whole point of coming together after the election.