Accessibility links
Polk Miller: An Unlikely African-American Music Historian One hundred years ago this past Friday, a bandleader named Polk Miller put together an unusual recording session. Miller — who was white — recorded seven songs with a black vocal quartet. But the man who led these sessions was no civil rights activist. 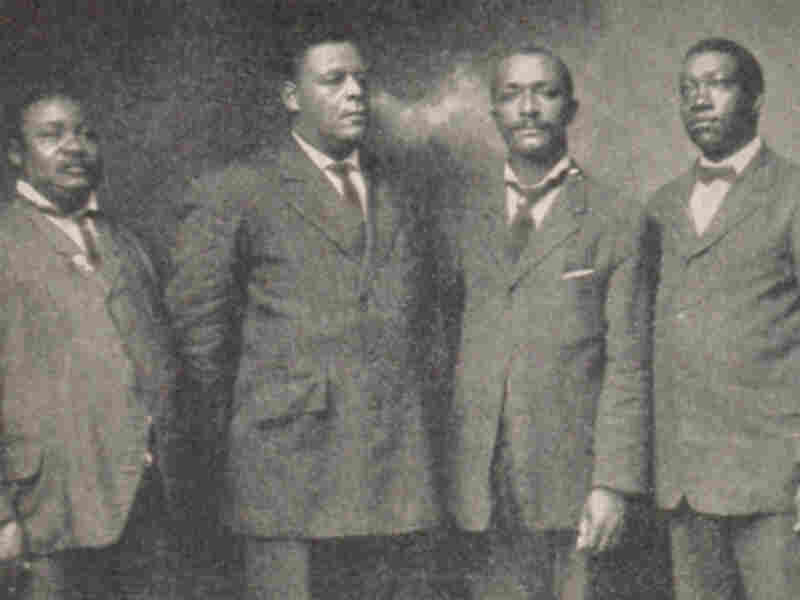 To date, only two of the many members of Polk Miller's Old South Quartette have been identified. Valentine Historical Museum hide caption 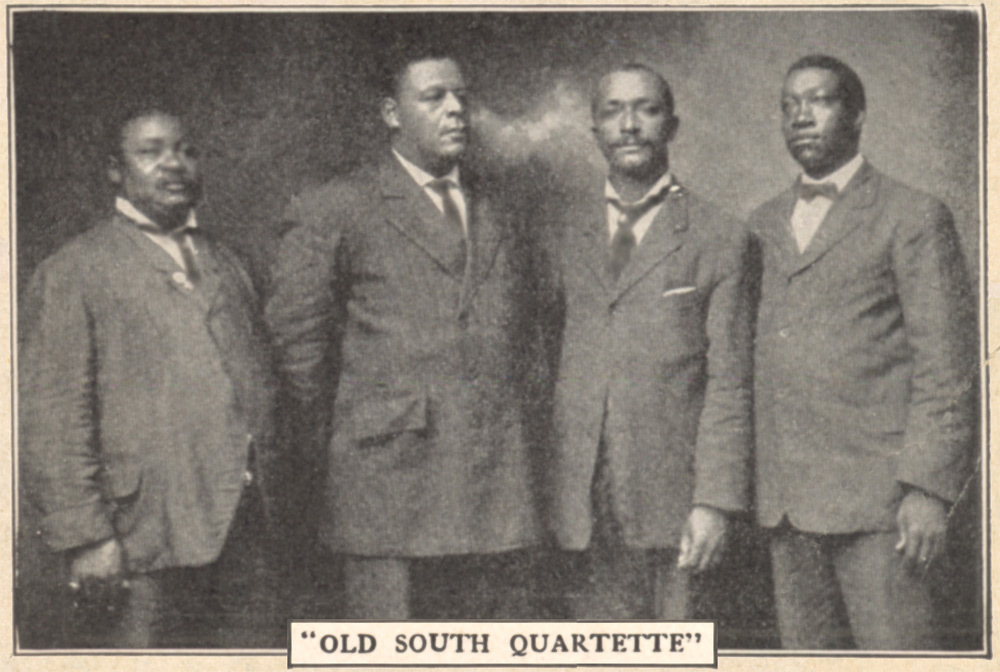 To date, only two of the many members of Polk Miller's Old South Quartette have been identified. 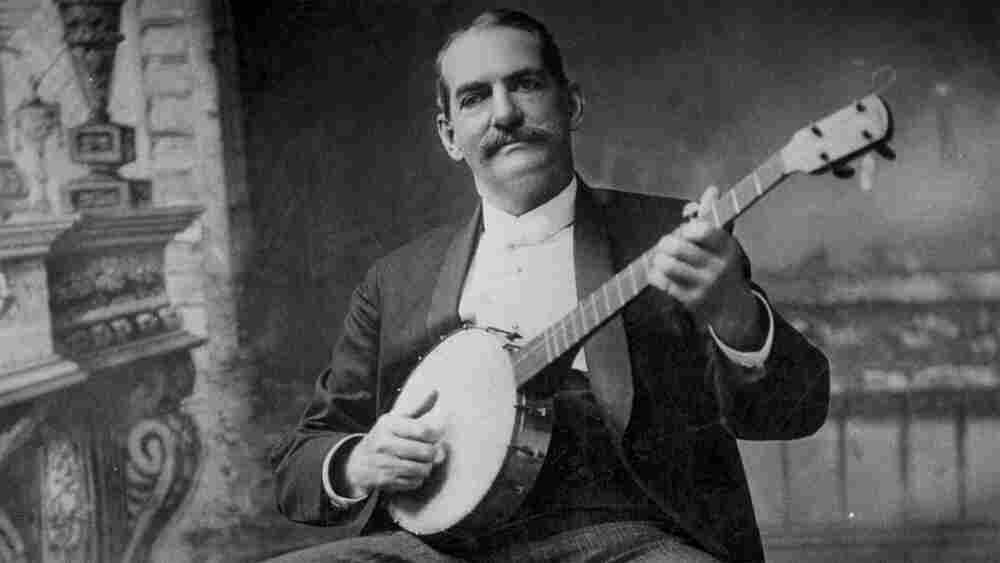 Even though he made the first interracial recording, Polk Miller was no civil rights activist. Valentine Historical Museum hide caption

One hundred years ago this past Friday, a bandleader named Polk Miller put together an unusual recording session. Miller — who was white — recorded seven songs with a black vocal quartet. These groundbreaking records have been reissued, offering a rare chance to hear an almost unknown part of African-American musical history. But the man who led these sessions was no civil rights activist.

Engineers from the Edison company hauled their equipment from New Jersey to Richmond, Va., which was a big deal in 1909. There, they documented one of the first interracial recording sessions in American history.

Flaherty produced the CD reissue of these recordings. He says you'd have a hard time finding a more unlikely champion of African-American music than Polk Miller.

"He glorified black music, while at the same wearing the stars and bars, standing up for the legacy of the Confederacy," Flaherty says.

Miller fought for the Confederacy in the Civil War. He even made his quartet accompany him on a confederate marching song, "The Bonnie Blue Flag."

Miller grew up on his father's plantation in Virginia, where he learned how to play banjo from listening to slaves. He made a fortune in the pharmacy business after the war. In the 1890s, when he was in his 50s, Miller handed the business over to his son and went back to his first love: African-American music. Flaherty says he took it seriously.

"Nobody at the time was really trying to collaborate with blacks," Flaherty says. "It was all cake-walking, minstrel-singing, blackface comedy."

Miller didn't play black music and culture for laughs, as most white performers did at the time. His performances were an anomaly, says Tim Brooks, author of the book Lost Sounds: Blacks and the Birth of the Recording Industry.

"He was the leader. He would play a song, and he'd have the quartet sing a song. Then he'd talk about it — where this song came from," Brooks says. "It was a combination of education and entertainment, I guess you'd say."

The act was a hit, in part because of the endorsement of Miller's friend, Mark Twain.

I think that Polk Miller, and his wonderful four, is about the only thing the country can furnish that is originally and utterly American. — Mark Twain

"They played Carnegie Hall, Cleveland, Louisville, Detroit. They were immensely popular," Flaherty says. "And I have receipts that were 50 cents a person to get in, which was a considerable amount of money at the time."

Still, Miller did not use his platform to call for black equality. On the contrary: Miller used the N-word frequently. And he was openly nostalgic for the days of slavery. Nevertheless, Brooks says Miller did future generations a favor.

"He was preserving what this culture of black America was really like and what it sounded like in the 1840s and 1850s, and no one else was doing that," Brooks says.

Miller broke up his quartet in 1911, when he decided it was too dangerous to keep touring with an interracial group. He died two years later. The music they recorded in 1909 fell out of print for most of the 20th century. And while Miller has been rediscovered, his vocalists remain largely anonymous. Out of the 20 or so singers who worked with him in the Old South Quartette over the years, only two have ever been identified by name.