Accessibility links
Sports and the Celebrity Spotlight When photos of Tiger Woods' new baby landed in all the papers, it was just the latest sign that athletes are part of the entertainment world. Hollywood and its stars have long been intertwined with sports figures.

Listen
Sports and the Celebrity Spotlight 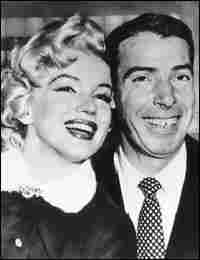 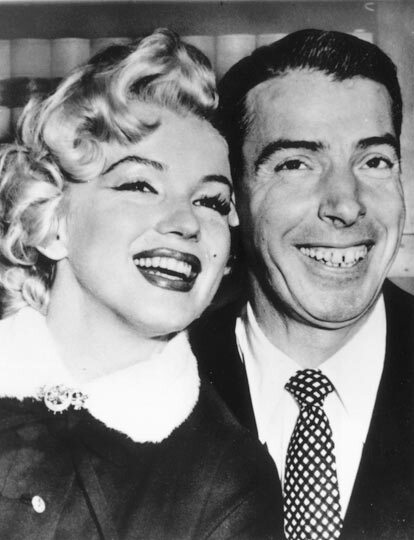 Did you see the photos of Tiger Woods' new baby? They were in all the papers. Now, leaving aside my astonishment at why showing baby pictures of celebrities' newborns is suddenly all the rage — Hey, I want to see stars canoodling and throwing tantrums; I don't want to see their babies that look like everybody else's babies — it occurred to me that this is yet another step up for athletes, crossing over into the entertainment world.

A previous high-water mark in this category occurred a quarter-century ago, when the British tabloid press suddenly began mining Wimbledon for gossip fodder. In particular, John McEnroe's behavior had placed him in the raw-meat column category usually reserved for the mistresses of Cabinet members.

And so it was, in 1981, after McEnroe's semifinal, his press conference descended into an inquisition of matters totally unconcerned with backhands and volleys.

When the gossip gazetteer from the Mirror asked McEnroe if he and his girlfriend were "splitsville," this led one of the exasperated tennis reporters — Charley Steiner, now the Dodgers' announcer — to complain. And so one of the London newspapermen, Nigel Clarke, jumped Steiner, and as a bemused McEnroe looked on, right before him, the two journalists scuffled on the floor there in the interview room.

But now the Rubicon has been crossed to America. Good grief, Alex Rodriguez of the Yankees actually went from the back page to the front page of the tabs when a photographer caught A-Rod entering a hotel elevator late at night with a pretty lady other than Mrs. Rodriguez. Most sports reporters were aghast at this breach of jock journalism etiquette. It's still pretty much accepted in the sports fraternity that what players do off the field stays off the paper. Now, here is the paparazzi peeping in on pinstripes.

And what was the wedding of the year? Tony Parker, playmaker of the San Antonio Spurs, to Eva Longoria, siren of the Desperate Housewives.

Of course, athletes and actresses have long been attracted to each other. Going back a century ago when Turkey Mike Donlin, star of the New York Giants, married the beautiful sweetheart of the stage, Mabel Hite. Jane Russell and Bob Waterfield. Edith Piaf and Marcel Cerdan. Marilyn Monroe and the Yankee Clipper. Laraine Day and Leo "The Lip" Durocher. Janet Jones and Wayne Gretzky. Halle Berry and David Justice. Brooke Shields and Andre Agassi. Tom Brady and various and sundry supermodels.

And now, coming to a stadium near you to save the sport of soccer, will you please give a great big American welcome to Posh Spice and David Beckham. Soccer apologists are sure that Beckham, who has been signed by the Los Angeles Galaxy, will, along with his has-been wife, give soccer the glamour here that it has never had before.

I've spent time with Beckham. He's a lovely guy and the sport couldn't ask for a better ambassador. But soccer people on the incipient success of soccer are like President Bush on victory in Iraq. It's always just around the corner. There's no doubt, as current events show, that sports has never been more intertwined with celebrity. But Beckham and Posh are, I'm afraid, just the American soccer surge.