Accessibility links
Marketers Sink Teeth Into 'New Moon' New Moon, the latest movie in Stephenie Meyer's Twilight vampire saga, is sucking in marketers, who are using the franchise's characters to sell everything from bottled water to late-model luxury cars. 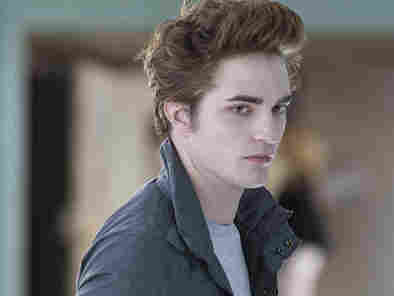 The prospect of a new Twilight movie doubtless has built-in anticipation for teenage girls. But a surprising number of marketers are banking on the belief that the Nov. 20 release of Twilight: New Moon will make audiences hungry for all sorts of objects of desire — and they're tying as many of their products as possible to the popular book and movie series.

It makes sense for the Goth teen clothing chain Hot Topic to plan a Twilight movie tie-in. But Vitamin Water?

Vampires don't even drink Vitamin Water. Cheeseburgers aren't usually on their menu, either, but that hasn't stopped Burger King from creating a New Moon meal deal.

"Essentially, the marketing machine is tapping every possible mode of influence and every possible key point, to pull in the widest possible audience it can," she says.

Gallop, former chairman of the international creative agency BBH, says the New Moon vampires can appeal to even the most safety-conscious parents. That explains why adults and kids are being encouraged to drive the same late-model Volvo that Edward drives in the movie. 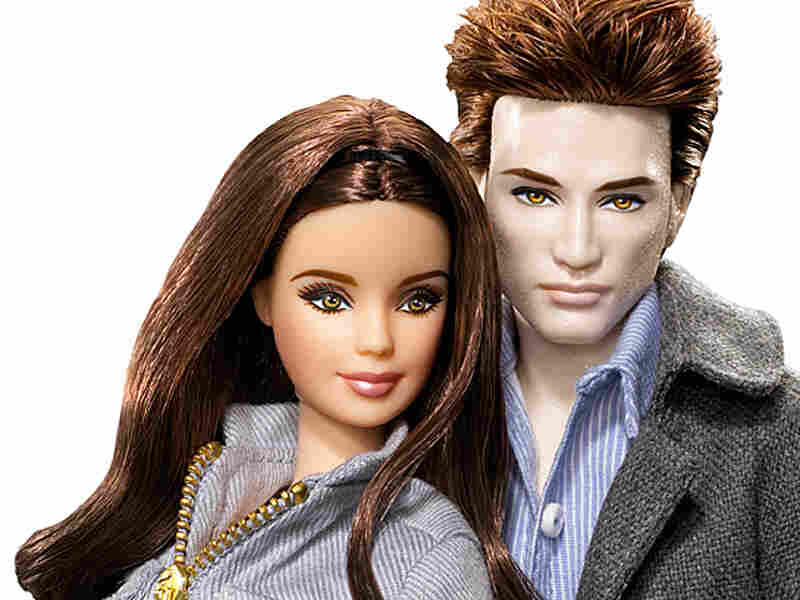 Plastic People of the Vampire-verse: Edward and his girlfriend Bella get the full Barbie treatment. hide caption 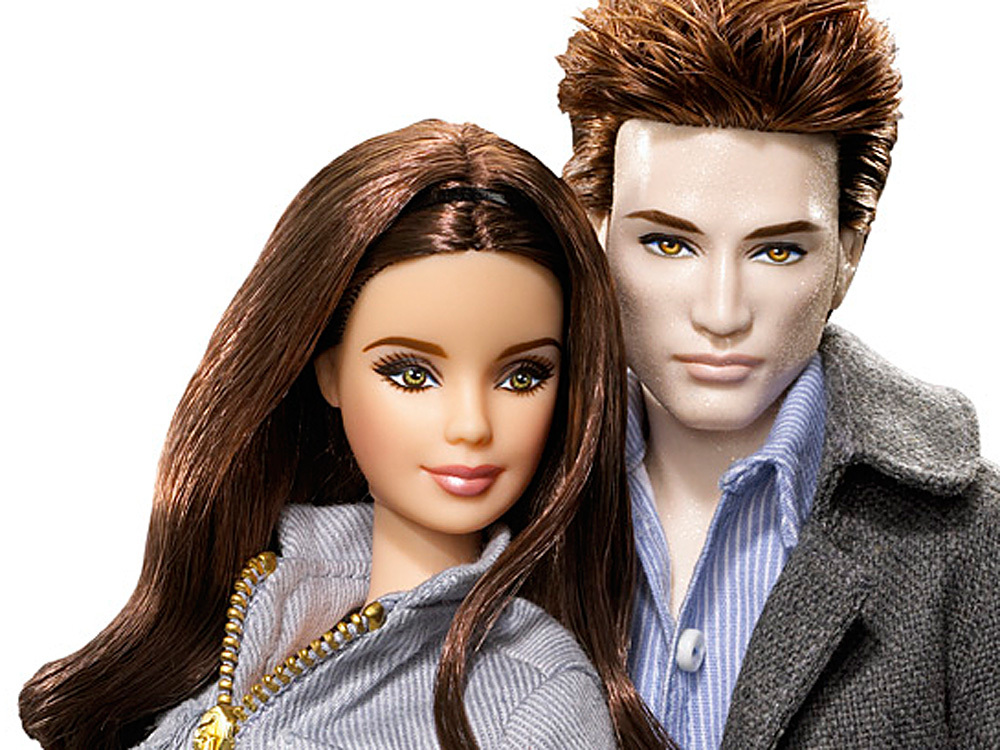 Plastic People of the Vampire-verse: Edward and his girlfriend Bella get the full Barbie treatment.

The Ten Most Annoying Things About Being A Vampire's Girlfriend Nov. 17, 2009

"Their whole partnership with Volvo ... has been very effectively leveraged, and has brought Volvo to the attention of a much younger market than would generally be interested in it," Gallop says. If you're the lucky fan who solves the puzzle on WhatDrivesEdward.com, you'll take home a Volvo just like the moody vampire hero's.

Malls across America, meanwhile, are hoping to repeat the success of last fall's Hot Topic Twilight Tour, which took the first film's cast members to retail palaces around the country for fan meet-and-greets. This time, Nordstrom joins the fray. But there's a catch: You have to spend money in one of the stores to earn the coveted wristband that grants access to the tour.

Max Schreck Among The Mall-Rats?

The appeal of the Twilight vampires is a proven commodity, but Joseph Laycock, the author of the book Vampires Today, doesn't believe that an insatiable appetite would exist for Edward's literary great-great grandfather in the nation's shopping malls.

"Dracula, of course, has no sex appeal," Laycock says. "He is hideous, and he is often described as being sort of a leech, and has hairy palms and bad breath."

(Think of Nosferatu, played in the 1922 classic by Max Schreck.)

By contrast — in the words of Twilight author and creator Meyer — Edward Cullen's character has "a voice that drips like honey from his lips, his eyes the color of golden butterscotch and his skin sparkles in the sunlight."

"If you build a seriously engaged, seriously involved, seriously loyal hardcore community around your brand, they will do your selling for you," says Cindy Gallop. "And I think that's what the first Twilight movie did very effectively: It absolutely took its loyalist fan base ... and it used them to get to everyone else. And that's what they continue to do with New Moon."

Laycock notes that such broad-gauge marketing comes with some real risks.

"You can make the vampire more and more appealing, and more and more friendly, but eventually, if there's nothing monstrous at all about it, then you've sort of killed it," he says. "By the time you have a vampire Ken doll, you're pretty close."