Accessibility links
Actor Jason Schwartzman Plays 'Not My Job' Jason will play a game called: "Turns out, Mr. President, the Chinese DO have a phrase for it, but you wouldn't have wanted to say it." Three questions about idioms that Obama might find useful on his next trip to Asia. 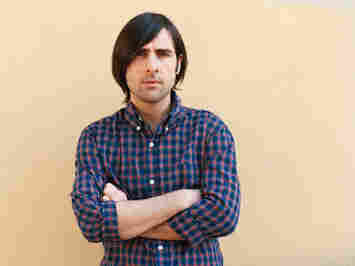 Jason Schwartzman stars in HBO's Bored to Death and is the voice of Ash in the stop-motion film Fantastic Mr. Fox. hide caption

Jason Schwartzman knows a thing or two about being misunderstood — he made his film debut 10 years ago in Rushmore, a misunderstood high school misfit classic. So we've asked Jason to play a game we're calling: "Turns out, Mr. President, the Chinese DO have a phrase for it, but you wouldn't have wanted to say it."

While in China earlier this week, the President found himself looking for a Chinese equivalent of the phrase: "You made your bed, now sleep in it." We'll ask Jason three questions about Asian idioms that Obama might find useful in his next trip to Asia, provided to us by idiom expert Jag Bhalla, author of I'm Not Hanging Noodles on Your Ears.