Accessibility links
Mammogram Wars: Experts Feel The Backlash A firestorm erupted this week after an expert panel released recommendations that yearly mammograms aren't necessary for all women younger than 50. The criticism isn't surprising, given the emotional valence of breast cancer. But not everyone thinks the panel is wrong. 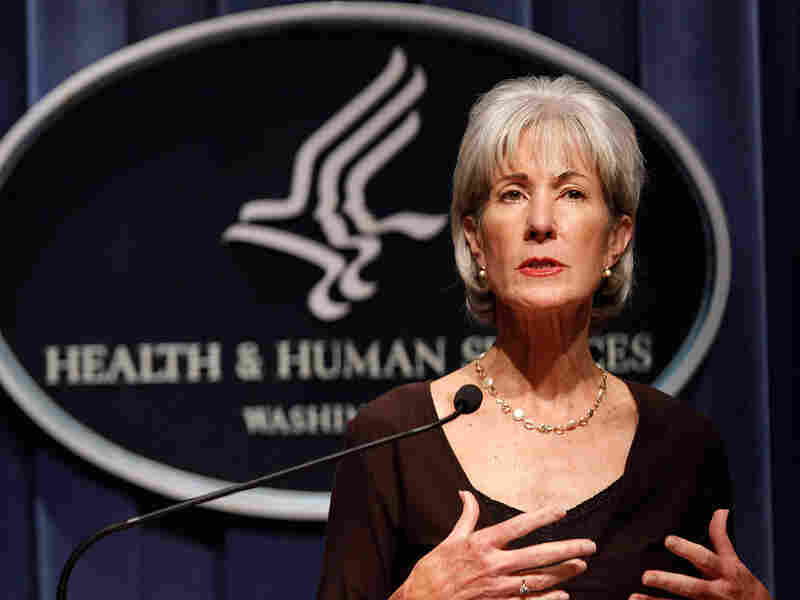 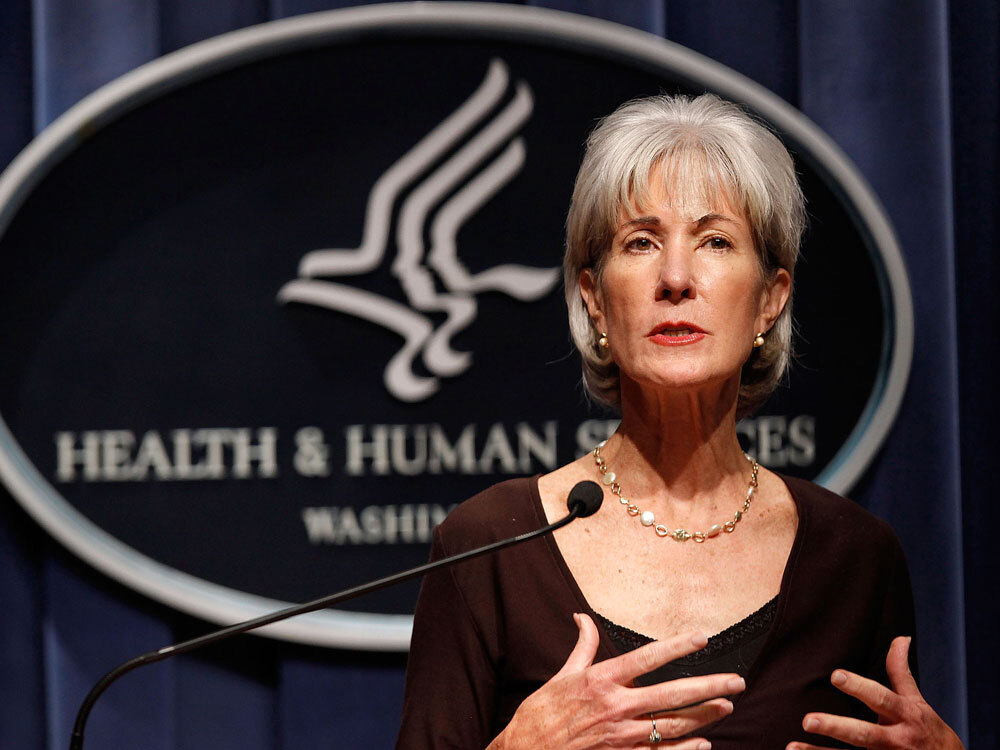 Health and Human Services Secretary Kathleen Sebelius says she'd be surprised "if any private insurance company changed its mammography coverage" because of the mammogram guidelines.

Angry reaction to new government-funded guidelines on mammography has grown so hot that Kathleen Sebelius, the secretary of health and human services, is trying to put out the fire.

The guidelines came from the U.S. Preventive Services Task Force, an independent group of experts convened by Sebelius' agency.

Sebelius says the new guidelines won't change federal coverage of mammograms. She reassured critics Wednesday that the task force "does not set federal policy, and they don't determine what services are covered by the federal government."

Not everybody thinks the expert panel was wrong when it declared this week that yearly mammograms are no longer necessary for all women younger than 50. (Women with a family history of breast cancer or other risk factors are a different story.)

The task force, after a stringent review of evidence it considers solid, also said most women ages 50 to 75 need mammograms only every two years. It makes no recommendation for women older than 75.

The storm of criticism is not surprising, given the emotional valence of breast cancer and the fact that American women over 40 have been told for a long time that they ought to report for yearly mammograms.

I've been getting a lot of vitriol. Just people exploding with rage, basically. 'How dare they deprive me of my life or try to deprive my daughter of her life!' and that kind of thing.

Dr. Susan Love is among those who don't think the guidelines are wrongheaded. Her reaction was, "It's about time!"

Love is a former breast cancer surgeon who has authored a popular book on the subject and now heads a Los Angeles foundation dedicated to finding the cause of breast cancer.

"I was never convinced that mammography screening worked that well in younger women," Love said in an interview. "And I've always suggested that women should start at age 50."

Love says mammography has been oversimplified as a lifesaving strategy for all women.

It's based, she says, on the notion "that all cancers are the same — they grow to a certain size, and then they get out of control and spread. So if you get them in time, you can save lives."

That's largely untrue, Love asserts. "There are five or six different types of breast cancer," she says. "They don't grow in a nice, orderly way. They spurt, they rest, and some are so fast-growing that you're never going to find them in time."

Love says universal mammography has been "oversold, as if every cancer could be found early. I wish that were true, but it's not."

But when Love expressed her support for the new guidelines in her blog, it was not very popular.

"Have you lost your freaking mind?" wrote one 42-year-old woman. "How dare you! May God help you sleep at night for the death call that you have just trumpeted!"

P.J. Hamel has been seeing a lot of similar outbursts. She's a patient advocate and blogger for a Web site called HealthCentral Network.

"I've been getting a lot of vitriol," Hamel says. "Just people exploding with rage, basically. 'How dare they deprive me of my life or try to deprive my daughter of her life!' and that kind of thing."

Hamel is struggling to understand the new guidelines. She finds herself pulled in two directions. She knows researchers deal in statistics. But she identifies with the plight of individual women.

"My heart is going out to all the women who I know will die because they followed these new guidelines," Hamel says. "On the other hand, my mind is saying they've done the analysis. They've put these guidelines out there. They did their job."

One thing you should know about Hamel: At the age of 47, she had a suspicious mammogram, and a biopsy showed advanced cancer.

That was eight years ago. Today she's fine.

Hamel says mammography saved her life. So, like many women, she doesn't understand why the guideline writers place so much emphasis on the downsides of mammograms — the anxiety and unnecessary surgery that false alarms can cause.

"It's almost apples and oranges," she says. "I mean, life and death is obviously very important. Whether you're worried for a few days or have some needless surgery, isn't that worth your life? To me it would be. To me, it was."

Hamel says she's going to keep telling all women to get yearly mammograms — including women younger than 50.

Robert Smith, director of cancer screening for the American Cancer Society, says his organization also is sticking with the current guidelines "because we not only looked at the evidence that the task force looked at, but we also looked at newer, modern data."

Smith says a good part of the current disconnect is due to the rules of evidence used by the U.S. Preventive Services Task Force. It's a rigorous system that values above all else the "gold standard" of large randomized trials of screening tests such as mammography.

That's all well and good, he says, but mammography screening has reached the point where these expensive trials are vanishingly rare — if not practically and ethically impossible.

Smith cites a very recent study from Sweden, where mammography has a long history and record-keeping is meticulous. It's not a randomized trial of mammography, but instead compares breast cancers diagnosed in different time periods among women who were screened for cancer with mammograms and women who weren't. "It includes hundreds of thousands of women examined over many, many years," he says.

That's very different from the U.S. task force's estimate. It says the evidence indicates that mammograms reduce breast cancer deaths by 15 percent among women ages 40 to 49.

Still, Smith acknowledges that mammography advocates may have given American women unrealistic expectations about mammograms.

"We want women to understand the shortcomings of screening," he adds, "but we don't want to be dissuading them from doing it."

Data wars are endless, of course. But this current uproar, if nothing else, might give everybody a more realistic idea about the pros and cons of mammograms.