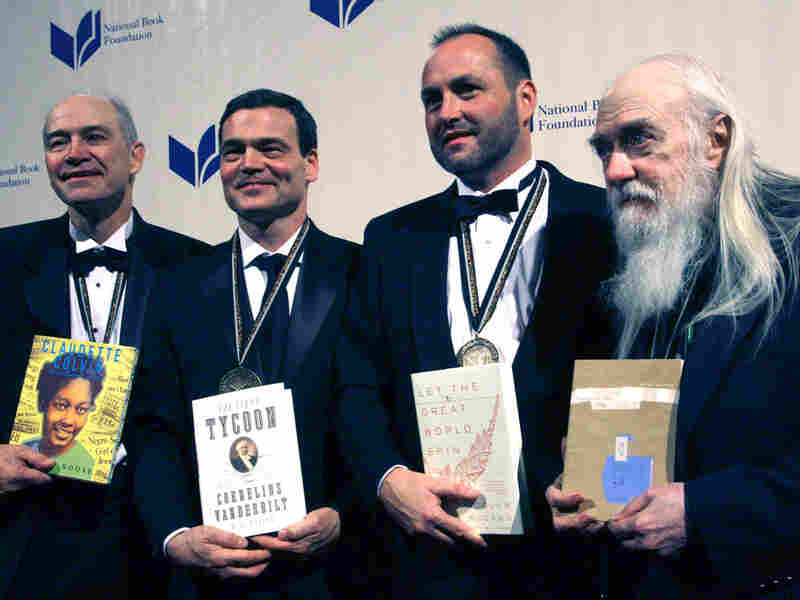 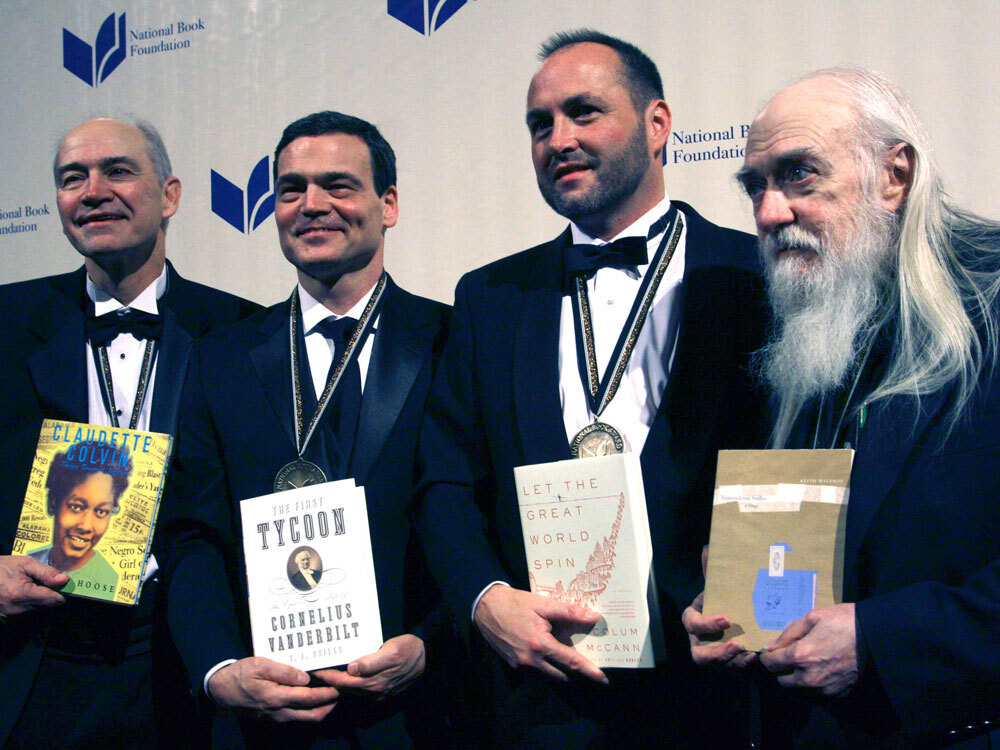 Colum McCann won the National Book Award for fiction Wednesday night for his novel Let the Great World Spin. At an event that was shadowed with uncertainty about the future of publishing, many of the winners voiced optimism about the future of writing.

Among those other winners, T.J. Stiles was awarded the nonfiction prize for The First Tycoon: The Epic Life of Cornelius Vanderbilt; Keith Waldrop won the poetry award for his collection Transcendental Studies: A Trilogy; and Phillip Hoose won the award for young person's literature for his biography Claudette Colvin: Twice Toward Justice

With the increasing popularity of electronic books and the threat they pose to traditional books, a sense of doom can seem to pervade the world of publishing. Those fears were in the air from the moment the awards began. Authors, editors, publicists and publishers all gathered for the book world's most glittery event, dressed in their finest, but despite the festive air, the emcee, Comedian Andy Borowitz, tapped into the deepest fears of the publishing world by joking that everyone in attendance was on a sinking ship.

But the publishing world won't go down without a fight from the people who write the books. Author Dave Eggers, who runs 826 National, a nonprofit organization dedicated to teaching kids to write, was honored for outstanding service to the American literary community. In accepting the award, Eggers was unabashedly upbeat about the present and future of publishing.

"I feel like this is a golden time for publishing," he said. "I am an eternal optimist. I think that this is the most exciting time. It's the most democratic time. There's a pluralism in publishing that I think is unprecedented, and I think there are so many signs of great things to come."

When Stiles won the nonfiction award for The First Tycoon, his biography of Vanderbilt, he thanked a long list of people, including publicists, production managers, editorial assistants, editors, warehouse managers and bookstore owners, even book reviewers — all of whom, Stiles said, are needed to get a book into a reader's hands.

"I suspect that the advent of the e-book is fooling some people into believing that none of these people are necessary anymore or perhaps do not even exist," Stiles said. "If they cease to exist, then e-books will only be worth the paper they are not printed on. One of the great virtues of a prize like this is that it makes us all stand up and say, 'Really, what about this book?' The very arbitrariness of picking just one reminds us that the book is alive and well in our digital age."

McCann's Let the Great World Spin tells the stories of 10 New Yorkers on a summer day in 1974 when a tightrope-walker spun above the city on a slender strand between the towers of the World Trade Center. McCann, an American citizen who was born in Ireland, paid eloquent homage to the openness of the literary world in his adopted country.

"It seems to me that American literature is able to embrace, and American publishing is able to embrace, the other," McCann said. "I believe in the power of the word. I believe, as Dave Eggers said, you've got to take this honor as a challenge. And as fiction writers and as people who believe in the word, we have to enter the anonymous corners of the human experience and to make that little corner right."

Hoose, the young people's literature award winner for his book about Claudette Colvin, a black teenager who refused to give up her seat on a bus a year before Rosa Parks, said it was his job to pull her story out from under history's rug. Colvin joined him at the podium to accept the award.

Also honored at the ceremony was author Gore Vidal, who won the medal for distinguished contribution to American letters.