Accessibility links
Do Long Island Police Ignore Hate Crimes? With the Latino population booming in Suffolk County, N.Y., so is anti-immigrant sentiment. Illegal immigrants see a rise in the kind of violence that took Rosario Lucero's son, but often won't report it for fear of the police and deportation. Now the Justice Department is probing whether local police are turning a blind eye.

Second of a two-part report

On a cold November night in Patchogue, Long Island, about 200 immigrants, activists and clergy cluster around a small stage. Hanging over an arrangement of candles in the shape of a peace sign, a poster shows a smiling 37-year-old man named Marcelo Lucero. He was an immigrant from Ecuador who was stabbed to death on this site one year ago. 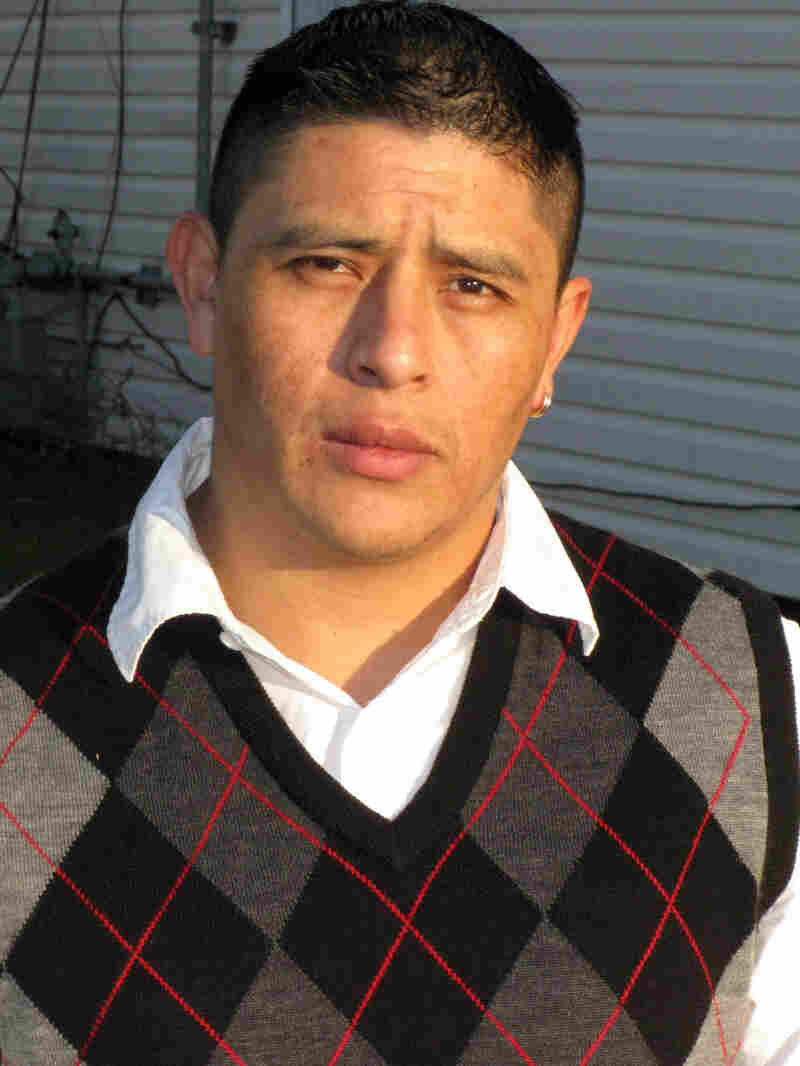 Joselo Lucero stands at the site where his brother, Marcelo, died a year ago. Seven high school students are accused of the crime; one of the accused has said the group went out about once a week looking for immigrants to bash. Ari Shapiro/NPR hide caption 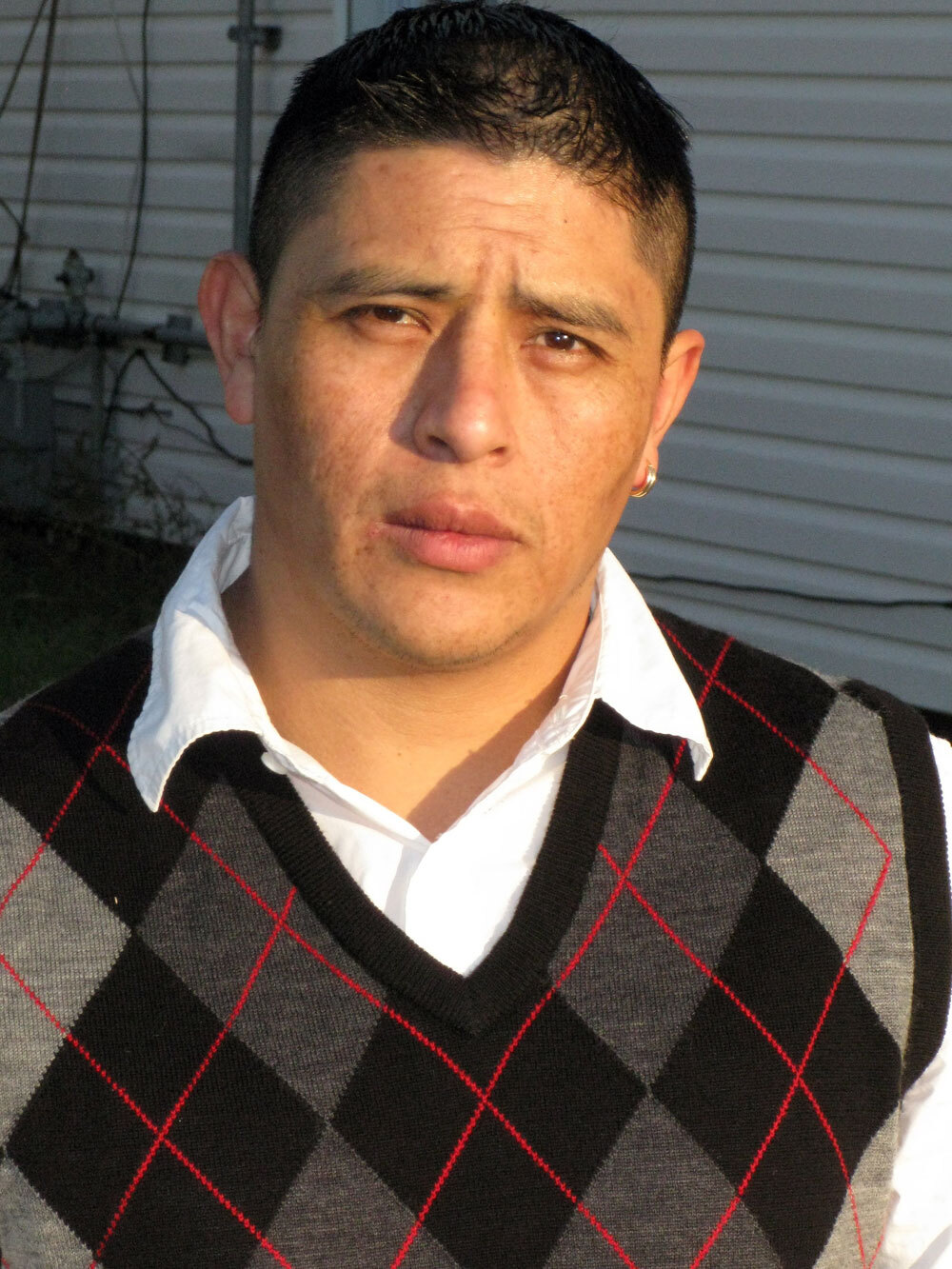 Joselo Lucero stands at the site where his brother, Marcelo, died a year ago. Seven high school students are accused of the crime; one of the accused has said the group went out about once a week looking for immigrants to bash.

Lucero's mother, Rosario, has flown in from Ecuador to mark the anniversary of her son's killing. In a quavering voice, she says in Spanish, "The pain that I feel, God will take care of this. I don't feel any hate, nor revenge."

The defendants in the crime are a group of high school students who have said they were out to bash immigrants on a night of what they called "beaner hopping." In this community where the Latino population has grown 40 percent since the new millennium, immigrant advocates say the Lucero murder was the culmination of a growing pattern of immigrant abuse and mistreatment.

Now the Justice Department is investigating whether Suffolk County police here have a pattern of ignoring hate crimes.

"This is the place where he was bleeding most," Joselo Lucero said in an interview shortly before the vigil, pointing to the stain on the sidewalk where his brother died.

Joselo has lived in Patchogue for 14 years, as thousands of undocumented workers transformed this community. Immigrants have always been afraid that if they report violence, they'll be deported, he says.

More On This Report

"When I found out my brother got killed for no reason, the first thing I thought was, I'm not going to let it happen any more," Joselo says.

A police car rolls by and, noticing people talking with microphones and headsets, the officer rolls down his window.

"Hi, there. How you doing?" asks Officer Victor Cruz.

Cruz clearly knows who Joselo is. The two men chat in Spanish about plans for the evening's vigil. 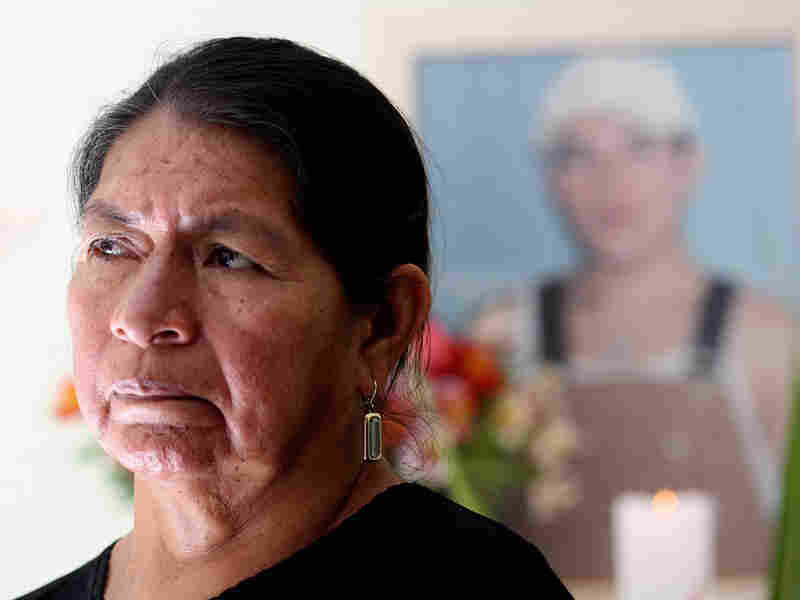 Rosario Lucero poses by a small memorial for her son Marcelo, at her home in Gualaceo, Ecuador. Ana P. Gutierrez/Newsday hide caption 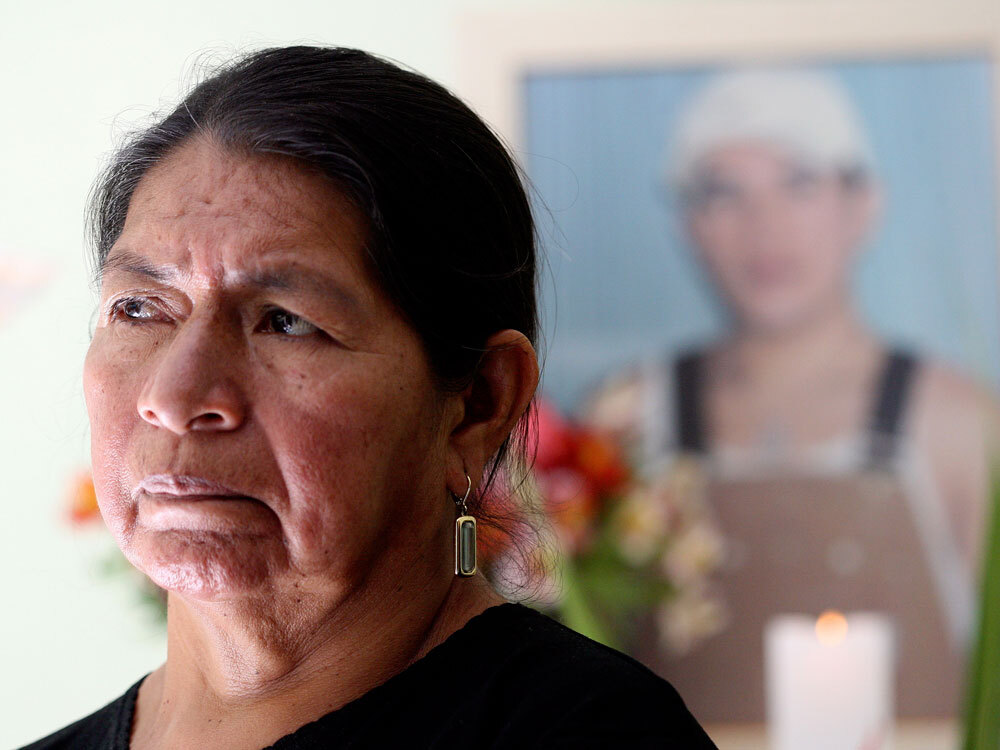 Rosario Lucero poses by a small memorial for her son Marcelo, at her home in Gualaceo, Ecuador.

After the Lucero killing, Dormer promoted an officer named Lola Quesada to be his point person on immigrant issues.

"Nothing is easy when it comes to trust," Quesada says.

Even when she convinces immigrants to trust her, they may be reluctant to trust the police department as an institution.

"Sometimes they call me on their cell phone to my cell phone" for greater anonymity, Quesada says. "They usually ask me, 'I'm having trouble with this,' and then I tell them, 'OK, I understand your concern, but I want you to call 911.' "

While the police say they are working hard to build bridges to the immigrant community, some immigrant leaders don't see it.

"There is a lot of talking, but we would like to see the result," says Matilde Parada. Ten years ago, she created the group Human Solidarity to advocate for undocumented workers.

"Politicians don't teach to tolerate the immigrants," says Parada. "They bring a hate message to the community. And that's why Marcelo Lucero was killed."

She sees a direct link between anti-immigration rhetoric and anti-immigrant violence. The man she blames most is the area's top elected official, County Executive Steve Levy.

Levy has taken a strong stance against illegal immigration, but he rejects efforts to connect those policy positions with acts of violence against Hispanics.

The population of Latinos, as part of the total population in Suffolk County, has grown from 10.7 percent to 13.7 percent since 2000.

Levy points out that even cities that welcome illegal immigrants struggle with crimes of racial hatred.

But Phil Ramos, who represents eastern Long Island in the New York State Assembly, says Levy does not appreciate that his words have violent consequences.

"If you say the word 'illegal' enough times as buzzwords in your speeches, these people cease to be human beings," says Ramos. "And that's what leads a group of six or seven young men to hunt an Ecuadorean man on the street like an animal, and just stab him and kill him."

Ramos was a police officer here for 20 years before he retired and ran for public office.

In 2000, he investigated a major hate crime against immigrants.

"It was like something out of a horror movie," Ramos recalls. "Two day laborers were picked up off the street, promised a job, they were brought to an abandoned factory, and they were ordered to dig two holes. And those two holes were to be their graves."

The men were nearly clubbed to death. They eventually escaped.

The official number of hate crimes in Suffolk County has dropped in the past decade. But Ramos says that's because the police feel pressure not to report incidents.

"I know the procedures from within," he says. "You have elected officials pressuring the police department to keep the numbers low, because if hate crime numbers go up, those elected officials are going to get blamed for inflaming racist sentiment."

"That's a pretty scurrilous statement," Levy says. "If he has proof of that, go send it to the district attorney."

This allegation is exactly what the Justice Department is investigating.

In September, lawyers from the department's Civil Rights Division sent Levy a letter announcing what's known as a "pattern or practice" investigation. It's an inquiry into whether police here routinely mishandle hate crimes. These sorts of investigations are big — and under the Bush administration, they were rare. Generally these cases are solved through collaboration rather than court battles. The police commissioner and Levy both say they are eager to work with the Justice Department.

For immigrants, the allegation that police ignore hate crimes is just one more reason to stay in the shadows.

"I live in fear. Everyone lives in fear because of what's happened here," says Mariano Barahona, a carpenter from Honduras.

This is the deal immigrants make, says Sister Margaret Smyth, a Roman Catholic nun who works in the immigrant community. You get work, but you may also face discrimination or abuse.

"They accept it as part of the package that comes with having to live here," Smyth says.

On a recent sunny afternoon, Smyth hands out lunches to people in need. She explains that immigrants experience abuse in many forms, not just violence. Slumlords may cram people into houses, or employers may refuse to pay workers.

"In the very beginning, practically nobody would ever tell me this," says Smyth. "But now we've built up their strength because they see we can go after the employers."

Chuckling, she says, "We go after them all the time. The bosses call us up, some of them, and scream at us and call us names."

Smyth even framed a letter on top of her desk where one employer called her "a misguided older nun."

"I love it!" she says with a burst of laughter.

Life for immigrants on Long Island may in fact be changing. That's Joselo Lucero's hope, too.

"We always have a second chance here," he said at his brother's vigil. "We always try to prove we can change."