Accessibility links
Price Fight: Coke Isn't It At Costco If you're a member of Costco, the nation's largest wholesale club, you may be surprised to learn that Coca-Cola's products are no longer on the shelves. The two companies are locked in a rare public dispute over the price consumers pay for beverages. 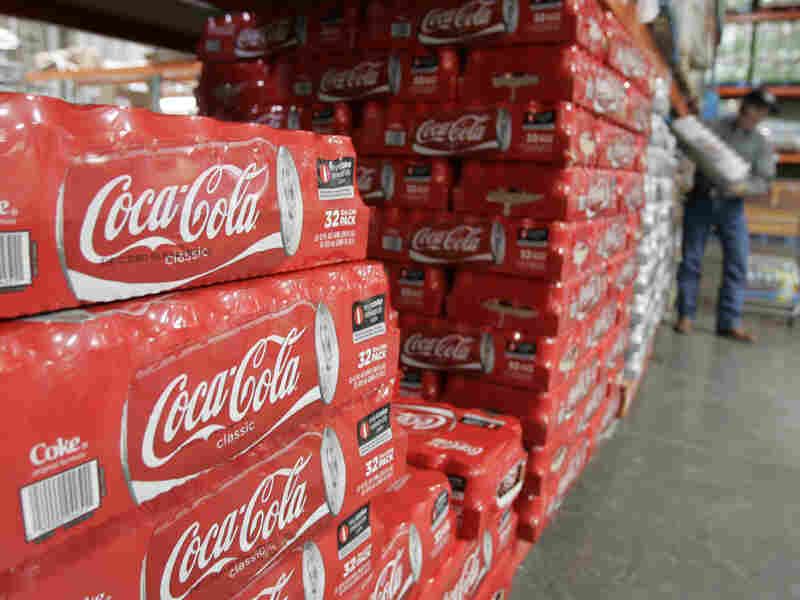 A shopper buys Coca-Cola at Costco in Mountain View, Calif., in April. Costco, which pulled Coke from its shelves this month, has also removed other products when it got into a dispute with the manufacturer over price. Paul Sakuma/AP hide caption 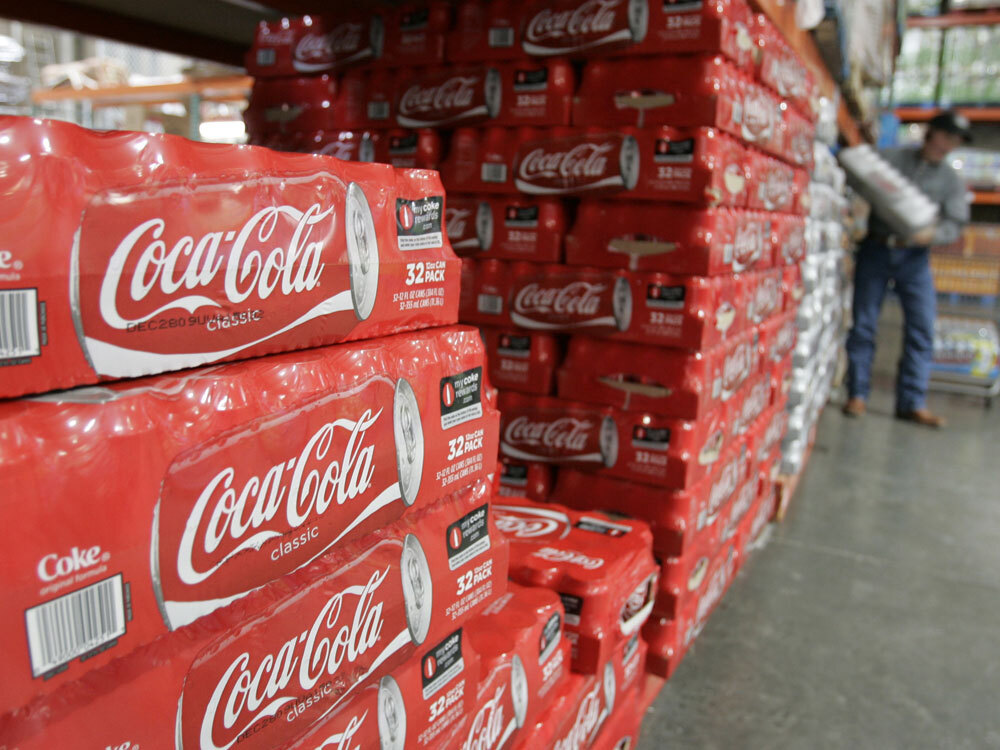 A shopper buys Coca-Cola at Costco in Mountain View, Calif., in April. Costco, which pulled Coke from its shelves this month, has also removed other products when it got into a dispute with the manufacturer over price.

If you're a member of Costco, the nation's largest wholesale club, you may be surprised to learn that Coca-Cola's products are no longer on the shelves. Costco yanked the soft drinks to make a point. The two companies are haggling over the price consumers pay for the beverages.

The unusual public squabble demonstrates the tension between retailers and product makers.

This week, Costco posted signs in its soft drink aisle that said: "At present we are not carrying Coke products because we cannot provide the value our customers deserve."

Tim Rose, a senior vice president for Costco, says his company was justified in the public posting even as negotiations continued: "We are having some pricing disputes with Coke and have removed Coke products from sale at Costco."

And the warehouse club's customers don't seem to mind. "I guess they're looking out for us," says Dave Danis.

He was at a Costco in Coke's hometown of Atlanta, loading up his Jeep with early Christmas presents for his daughters. He's a regular at Costco and says that while he enjoys Coke, it's not all he drinks. "I drink Pepsi. I mean, I go to Taco Bell and they don't serve Coke," he says. "I either get Pepsi or Dr Pepper."

But some customers are loyal to Coke products. "My husband drinks it daily — at least three to four cans a day of Sprite," says Michelle Kelley, a frequent shopper at Costco.

Earlier this year, Costco temporarily pulled Capri Sun, a juice drink, from the shelves after Kraft Foods reduced the amount of juice per pouch and apparently raised prices.

Gerry Khermouch, the editor of the trade publication Beverage Business Insights, says there's a power struggle going on between retailers and suppliers as the retail sector consolidates. "You know, Costco really has a reputation for throwing its weight around," he says, adding that megastores are getting bolder.

But Coke is no lightweight either. Its products have what analysts call close to 100 percent penetration. That means almost every U.S. household buys some kind of Coke product. So Coke knows retailers need its products.

John Sicher, editor of Beverage Digest, says that's why this dispute is remarkable.

"Usually these kinds of negotiations between Coke and Pepsi and a Costco or a Walmart or a Sam's Club play out in private," Sicher says. "What was unusual was the public nature of this."

Coke is not commenting on this dispute or its pricing structure. Khermouch says the beverage giant's goal in megaretail negotiations is to protect its bottlers.

"And Coca-Cola has to be very careful not to offer Costco such a good deal that the small retailers who might otherwise go to the local Coke bottler find himself or herself compelled to go to Costco to buy Coke products instead," Khermouch says.

Squabbles between large retailers and suppliers could become more common. In this economy, consumers are looking for the best bargain, and retailers want to be in a position to offer it. Meanwhile, product marketers are not seeing their costs go down.