Accessibility links
Genetic Testing Reveals Devastating Illness Journalist Charles Sabine watched his father die from the degenerative illness Huntington's disease. After watching his brother struggle with the disease for years, Sabine decided to be tested. "Nothing that I've experienced compares with that test in terms of the terror that it inflicted on me," he says. Sabine says his young daughter does not have the Huntington's gene. 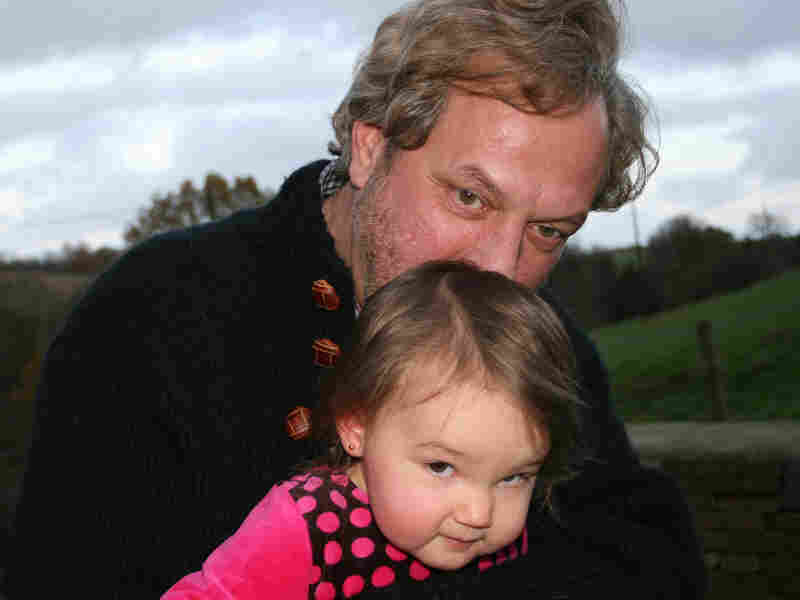 Charles Sabine knows that he has the genetic illness Huntington's disease. He and his wife made the decision anyway to have a child last year, his 17-month old daughter, Breezy, who does not have the Huntington's gene. Courtesy of Charles Sabine hide caption 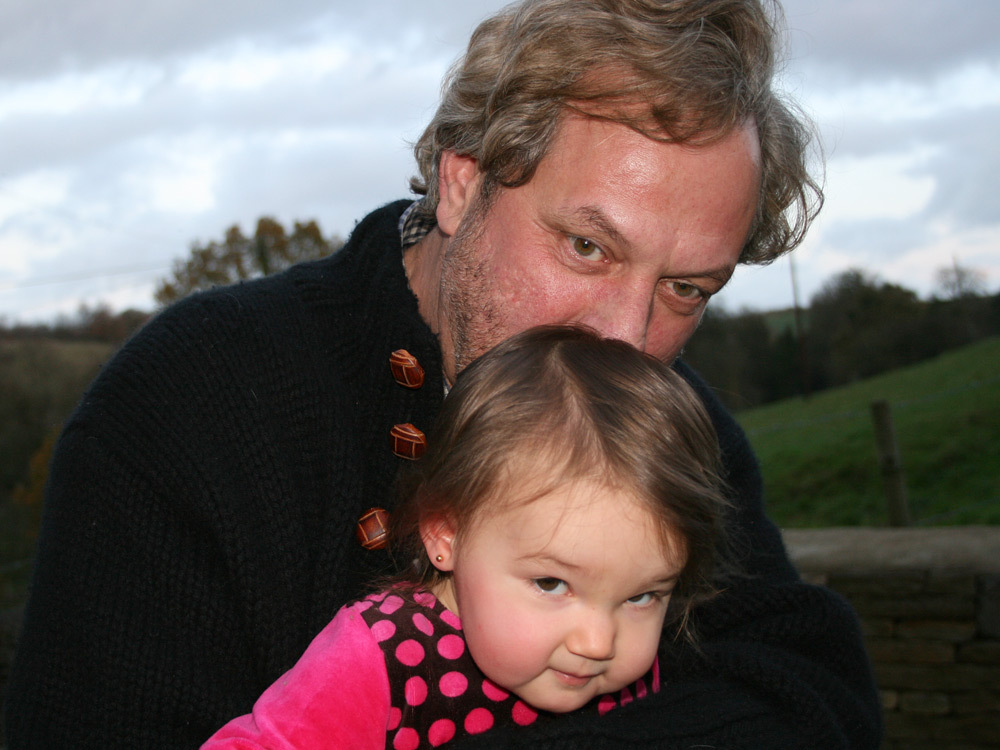 Charles Sabine knows that he has the genetic illness Huntington's disease. He and his wife made the decision anyway to have a child last year, his 17-month old daughter, Breezy, who does not have the Huntington's gene.

Charles Sabine was a war correspondent with NBC for 25 years, covering dozens of conflicts and disasters around the world — from Bosnia to Baghdad, from the Rwanda genocide to the Indian Ocean tsunamis. His reporting earned him an Emmy and many other journalism awards during his long television career.

But four years ago, Sabine's life changed. He decided to get a genetic test that would tell him how he's likely to die. The test specifically checked for a disease that runs in Sabine's family — Huntington's disease, a deadly degenerative disease that destroys a person's nervous system.

Sabine says that he's seen a lot of death, destruction and suffering throughout the world during his life, but "nothing that I've experienced compares with that test in terms of the terror that it inflicted on me."

The test told Sabine, with cold certainty, that he indeed had the gene for Huntington's and that he would likely die of the disease.

Like all genetic stories, this one begins at least a generation back with Sabine's father, in 1994, "when we discovered that he had something I had never heard of, something called Huntington's disease," Sabine says.

First, Sabine's father lost his ability to walk normally. "It looks like someone is drunk," says Sabine. "This is one of the terrible things about the disease, that it's so acutely embarrassing for the people who have it, because people often look like they're drunk. But in fact, of course, they're not," he says. "They're just simply exhibiting the problems with the motor skills that are the early symptoms of this disease."

Within a few years, Sabine's father had lost all of his motor control and his ability to speak. Then, his mind declined into dementia. He died soon after. Huntington's disease is incurable and essentially untreatable. But it's even worse than that, as Sabine knows all too well.

"The worst part, of course, as far as my father was concerned, was that he was effectively going to pass this on to my brother and I," Sabine says.

Sabine and his brother each have a 50-50 chance of inheriting the disease. If either son has inherited the disease gene from their father — and a blood test can determine this — then he will, inescapably, get the deadly disease.

Sabine's older brother, John, was a successful lawyer in England. He decided to get genetically tested right away because he had four children and wanted to know what lay ahead for his family. The test revealed the worst: He had inherited his father's Huntington's gene.

Soon, symptoms began for John — first the jerking arm movements, the drunken walk. And then a steady, progressive downward slide of losing motor coordination and function. John had to stop working at 42, giving up his law practice. He is now entering the advanced stages of Huntington's.

After watching his brother struggle for several years, Charles Sabine held off on getting the gene test. He did not want to know. Four years ago, however, he changed his mind.

"I reached a point in my mid-40s when I decided I needed to have the empowerment of having that knowledge, because I wanted to make decisions about having a family, relationships and having children," Sabine says.

In 2005, Sabine left Baghdad — where he was covering the war for NBC — and flew to London to be tested. He then returned to Baghdad to work and waited for the results. Six weeks later, he found out that he had the gene.

"I, too, now know that I will be taken by this disease," he says. "I hoped desperately that the results would be different," he adds. "When you go into the test, you think that perhaps you're going to be the lucky one. But I was not."

For a long time, Sabine kept his genetic test results a secret from friends and family. He didn't tell his mother for almost three years, knowing the grief the news would cause her. She knew intimately the anguish of this disease. She had insisted on keeping her husband home and nursing him until the end. At one point, she broke both her wrists lifting him out of the bath. The collateral damage of this disease on his mother, as she watched her husband decline, is immeasurable, says Sabine.

"She buried him with this disease, and she's now going to bury my brother and then me, most probably," he says.

In early 2008, Sabine and his wife made the momentous decision to have a child. Today, they have a 17-month baby girl, Sabrina, whom they've nicknamed "Breezy." Sabine happily reports that Breezy does not have the Huntington's gene. And she has clearly changed his life. "It's been such a lesson to me to see what having a child can do in terms of healing your own person," he says. "It really has been an extraordinary experience, even in the darkness of this terrible disease."

Sabine no longer does any news reporting for NBC. He now works tirelessly to get word out about Huntington's disease, giving lectures around the world, drumming up research dollars, and volunteering for genetic studies and other research.

"People like me are valuable because we can be the guinea pigs for the future," he says. "It might be too late for me, but I might be able to provide the testing ground to find something that can prevent this awful disease affecting generations to come."

By going public about his very personal struggle with Huntington's, Sabine hopes to put a human face on this genetic disease that afflicts an estimated 30,000 individuals in this country and the families who care for them.

"I wouldn't say anyone can be a television correspondent and go to Baghdad, but more or less anyone can do that," Sabine says. "Not anyone can do what I'm doing now. And it just struck me that there was nothing else that I should be doing for as long as I can do this, because it serves a much greater purpose.

"So while I can still put a sentence together, I shall go and do my bit to talk about this disease and raise awareness about it."