Accessibility links
Chicago School Board Chief's Death Raises Questions Michael Scott was found shot in the head Monday, his body partially submerged in the Chicago River. The medical examiner ruled the death a suicide, but so far police have not reached that conclusion, and there's widespread disbelief among the mayor and others that Scott would have killed himself. 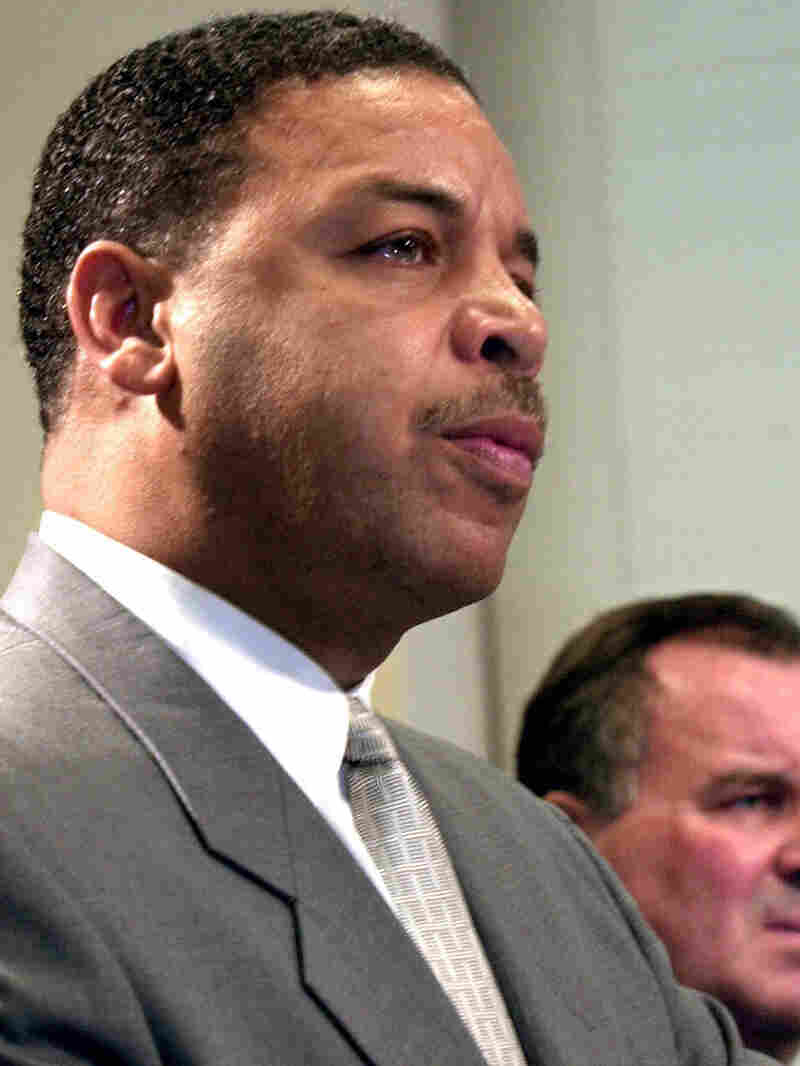 Chicago Board of Education President Michael Scott, seen here in 2001, was found dead in the Chicago River on Monday. The medical examiner ruled the death a suicide, but many in the city have doubts Stephen J. Carrera/AP hide caption 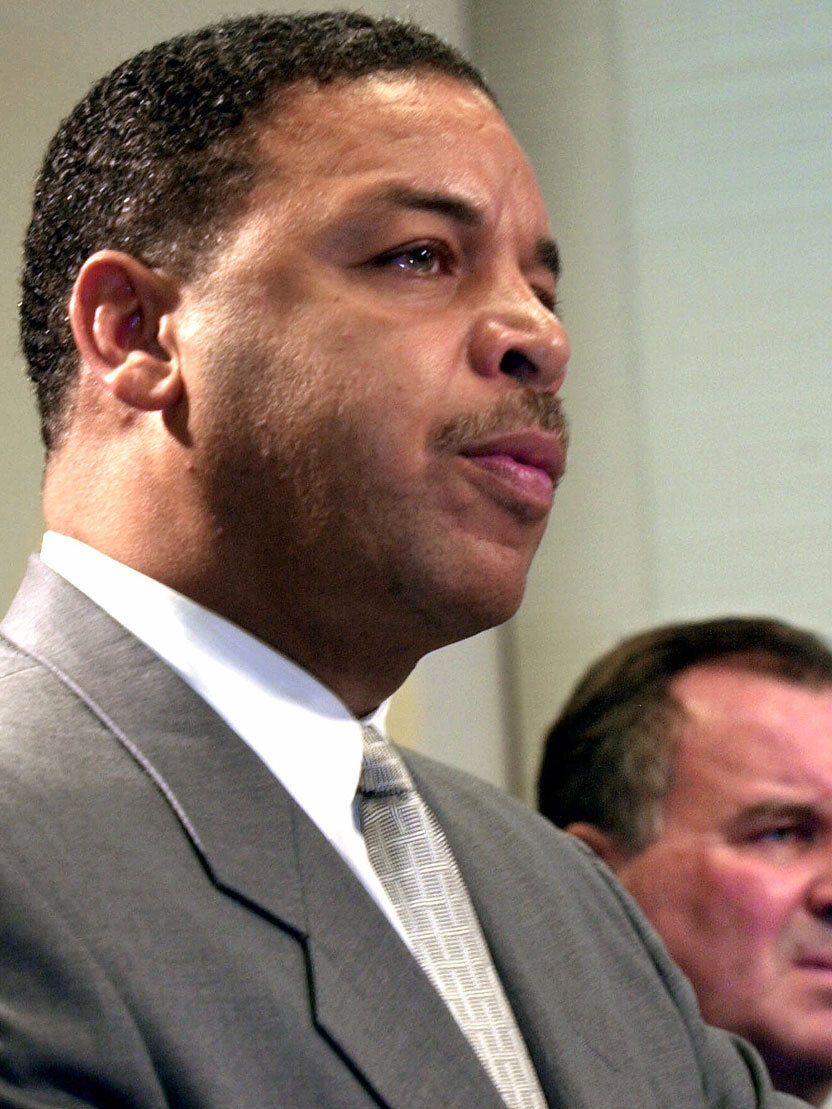 Chicago Board of Education President Michael Scott, seen here in 2001, was found dead in the Chicago River on Monday. The medical examiner ruled the death a suicide, but many in the city have doubts

Mourners paid tribute Friday to the president of the Chicago Board of Education, whose body was found partially submerged in the Chicago River. The death of Michael Scott has touched some raw nerves. Mayor Richard Daley is lashing out at the medical examiner, who ruled the death a suicide, and others suspect foul play.

There's still yellow crime-scene tape near the riverfront where Scott was found shot once in the head. Although the Cook County medical examiner ruled the death a suicide, so far Chicago police have not reached that conclusion.

Daley publicly chastised the medical examiner, who on Tuesday held a rare news conference defending the suicide finding. Since then, Police Superintendent Jody Weis has tried to downplay the rift between the two departments.

"I don't have any complaints or any conflicts with the medical examiner's call on this matter," Weis said. "We, of course, will consider that when we make our final determination.

"It's really like comparing apples to oranges. We handle investigative modes, and she's dealing heavily with forensics."

The police are awaiting ballistics test results. Scott's gun was found at the scene, and authorities ruled out the possibility of robbery after finding his money clip in the water.

Scott, 60, had a high public profile. He had served on the school board three times, and this was his second stint as president. Avis LaVelle, a former press secretary for Daley who once served as a school board vice president under Scott, says he had a talent for negotiating thorny issues.

"You need people like Michael on the Board of Education who are able to really listen to people on all sides and help forge a consensus," LaVelle said. "That is a very special skill."

Scott was one of Daley's go-to guys — a member of his inner circle who would take on tough civic jobs. In recent months, he had come under public scrutiny, however, and was subpoenaed as part of an investigation into admission practices at selective enrollment high schools in Chicago. He was also a member of the committee that unsuccessfully lobbied for the 2016 Olympics. There were questions about real estate dealings near one of the proposed sites for the games. Scott seemed to brush off those concerns, as did Daley.

This week, the mayor responded angrily when he was asked whether Scott's death would harm him politically.

"It's a personal thing. It has nothing to do with my public career," Daley said. "That's an insult to me. ... What a silly question to ever ask anybody."

There is widespread disbelief in Chicago that a man as successful and prominent as Scott could have taken his own life. Some suspect foul play, and some Chicago clergy and activists are calling for state and federal law officials to get involved. Meanwhile, police continue their investigation.

"I hope that there is as in-depth an evaluation of this as possible," LaVelle said. "There are so many of us looking for answers, and I don't think we're satisfied with the answers that we have been given to this point."

Memorials honoring Scott's life were scheduled for Friday and this weekend, as many people continue to struggle with the uncertainty surrounding his death.