Accessibility links
Bon Jovi Doesn't Need A Prayer To Make It On NBC Bon Jovi is at the top of the album charts this week, riding an unprecedented publicity push. His record label struck a deal with the conglomerate NBC Universal for an exclusive presence on their many TV networks, including appearances on Today, Inside the Actors Studio and The Tonight Show. 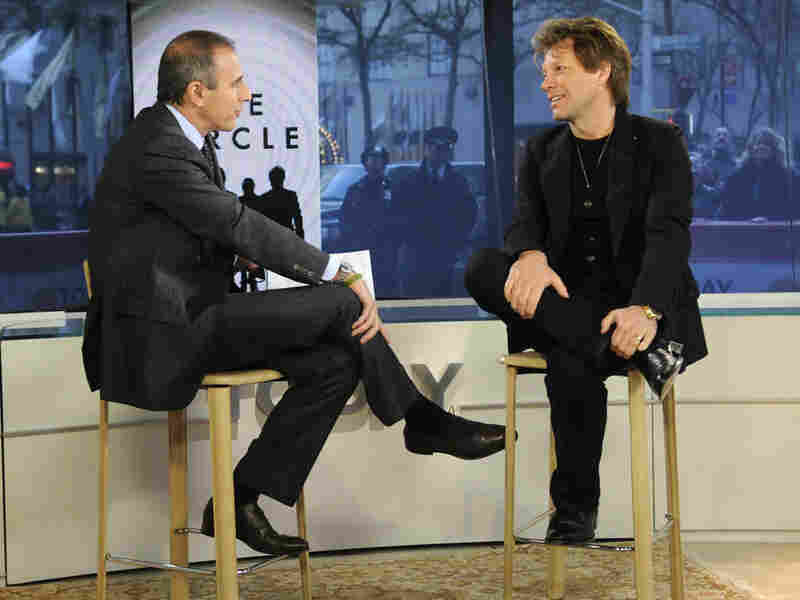 Jon Bon Jovi's interview with Matt Lauer on NBC's Today is the first of a series of appearances on NBC programs. Peter Kramer/NBC NewsWire/AP hide caption 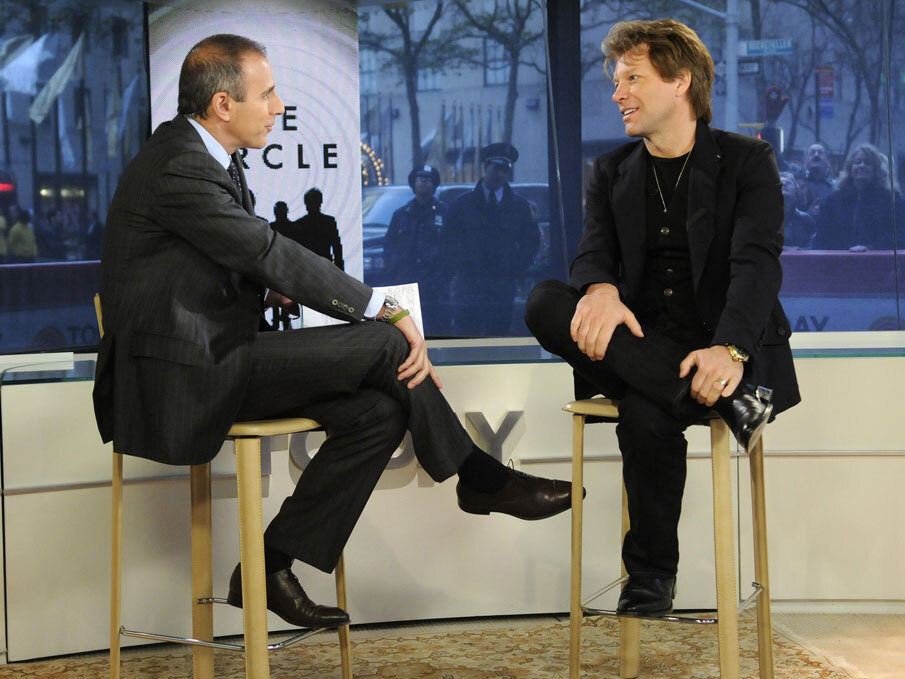 Jon Bon Jovi's interview with Matt Lauer on NBC's Today is the first of a series of appearances on NBC programs.

It all started with an announcement on the Today show, where host Matt Lauer welcomed the group's leader, Jon Bon Jovi.

That was just the beginning. Over the course of this month and next, Bon Jovi will have spent more time on NBC than the peacock logo, with appearances on The Jay Leno Show, The Tonight Show with Conan O'Brien and Saturday Night Live, to name a few. That doesn't include the band's time on cable networks owned by NBC Universal, like USA Network and Bravo.

Bon Jovi was even featured on Inside the Actors Studio, which is kind of weird considering he isn't exactly Meryl Streep. A rock star on a series for master thespians — that's right, folks, Bon Jovi can be shoehorned into any show. NBC calls him an "artist in residence." "Shills on the shelf" is more like it. I know: It's just TV. But the problem is that it doesn't stop at entertainment.

Andrew Wallenstein is an editor at The Hollywood Reporter. hide caption

NBC has even booked Bon Jovi on the evening news for a segment about the band's charity project. I'm sure it's a swell cause, but it makes me want to take up a collection for the preservation of traditional news values. A slot on the evening news should not be for sale. But if this marketing arrangement tells us anything, it's that the rules of old no longer hold.

The days when a band looked to TV as a place to buy a 30-second ad have been replaced, where the content and the commercial are one in the same. The least NBC Universal could have done was try some interesting integrations. I'd like to see Bon Jovi flip any one of his luxury homes on Bravo's Million Dollar Listing, or at the very least stand trial for crimes against decent music on Law & Order.