Accessibility links
Shakira: Just Following The Pack? On She Wolf, Shakira teams up again with songwriter-producer Wyclef Jean, but it sounds as if they're trying to recapture the magic of her global smash "Hips Don't Lie." The duo replaces the Latin and Middle Eastern beats with generic dance-pop diva moves.

"Hips Don't Lie" was the incandescent single by Shakira and songwriter-producer Wyclef Jean that made her inescapable in 2005. The two return on Shakira's new album, She Wolf, with a song called "Spy." 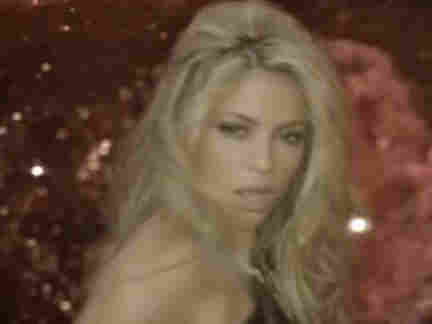 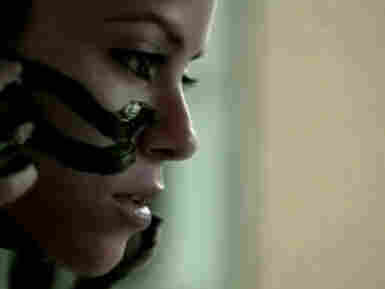 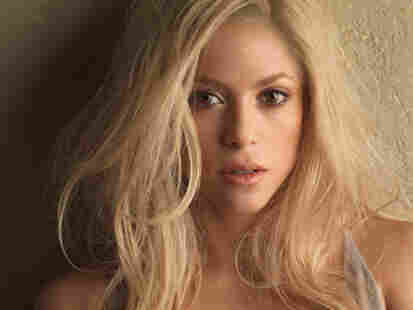 It seems to me that Shakira and Wyclef Jean are trying to grab the same magic that worked last time. Like much of the plasticky, overproduced She Wolf, "Spy" falls flat. One reason is in the rhythm: Shakira replaces the Latin and Middle Eastern beats that marked her previous efforts with generic dance-pop diva moves.

That's not all. Though she was once known for poetic, if slightly offbeat, expressions of love, Shakira has dumbed down the lyrics. Way down. Here's the not-quite-profound refrain from a tune called "Gypsy":

But there are times on She Wolf when Shakira's brilliance comes through. Take "Why Wait," which features her passionate vocals over a roaring Egyptian orchestra.

There's been much to admire on Shakira's previous records: By exploring new rhythms and sound combinations, she's expanded the parameters of dance pop. A few tracks on She Wolf do that, but most of the time, it seems Shakira is serving up what she knows will work commercially and nothing more. She might talk, in these songs, about being a bold, independent-minded woman. But when you get right down to it, she's mostly just following the pack.