Accessibility links
Nancy Cunard: Rebellious Heiress, Inspired Life For the beautiful heiress to the Cunard shipping fortune, a life like Paris Hilton's wasn't an option. Though she partied with celebrities and had many lovers, Cunard dedicated her life to fighting for the oppressed. A new book shines a spotlight on her complex life. 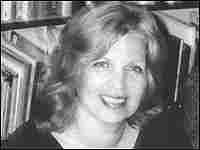 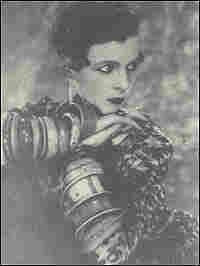 Nancy Cunard photographed by Man Ray. Cunard was known for wearing dozens of African bracelets on both arms. Library of Congress hide caption 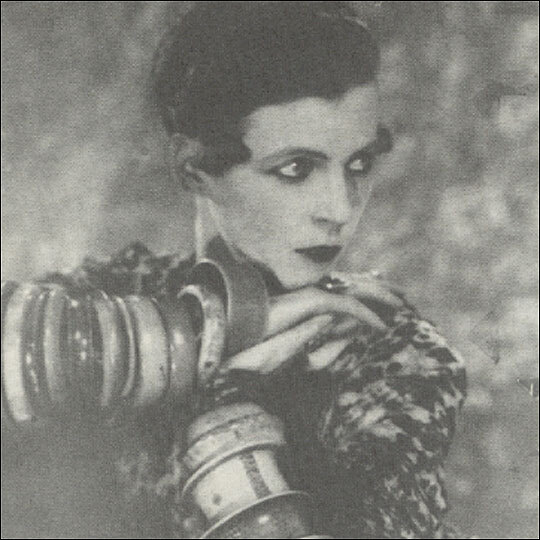 Nancy Cunard photographed by Man Ray. Cunard was known for wearing dozens of African bracelets on both arms.

For Nancy Cunard, the beautiful heiress to the Cunard shipping fortune, a life like Paris Hilton's wasn't an option.

Though she partied with celebrities and had many lovers, Cunard rejected her privilege and fortune to fight for the oppressed. She was a poet, a publisher and a paramour of many writers of the 1920s and '30s.

And though she died penniless and alone in 1965, she was a pivotal player in many historical events of her era.

In her new biography, Nancy Cunard: Heiress, Muse, Political Activist, author Lois Gordon shines a spotlight on a woman history seems to have forgotten. Unhappy with a life of privilege, Cunard rebelled early from a lonely childhood and took up with writers such as Ezra Pound, T.S. Eliot and Wyndham Lewis. Dazzled and inspired by these men who became lovers, Cunard eventually published her own books of poetry.

But she could never truly settle down anywhere or with anyone. Her restlessness brought took her to France, where she encountered Ernest Hemingway and William Carlos Williams, as well as the Dadaists and Surrealists, who shared her views about art and the influence of the ruling class.

It was black jazz pianist Henry Crowder who changed the course of her life. Cunard's relationship with Crowder opened her eyes to the racial injustice blacks were experiencing, and she dedicated her life to civil rights, though it would cost her both her family and her fortune. She edited and published Negro in 1934, with contributors including Zora Neale Hurston, W.E.B. Du Bois and Langston Hughes.

She also fought fascism on the battlefields of Spain and reported firsthand on the atrocities of the French concentration camps. Cunard established shelters for camp survivors and even begged on the streets of Paris for starving children in Spain.

Despite her accomplishments, Cunard was self-destructive and alcoholic — traits that led to her death.

Gordon tells Jacki Lyden about Cunard's fascinating life and times, and what led to her downfall. 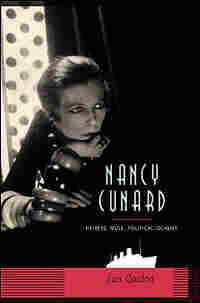 About fifteen years ago, I went into a small shop in Paris to buy a few mementos. My eye was instantly drawn to a picture postcard near the door and the image of a beautiful woman wearing dozens of distinctive and handsome African bracelets on both arms, from her wrists to her shoulders. The African rings on both her hands emphasized her delicate fingers, which were clasped at her left shoulder. Although the bracelets seemed to dominate the photo, I couldn't take my eyes from her face. She was looking away from the camera, as though reticent to detract from her adornments and the unusual fashion and cultural statement she was making. But her face was mesmerizing; it looked like that of a child with perfect features, and her enormous, light eyes were highlighted by dark makeup. When I noticed that the photo had been taken by the great Man Ray, I realized that the young woman identified as Nancy Cunard must have been posed in this way. As I much later learned, Ray, a good friend of Nancy's in Paris, understood her well: he had captured her beauty, intensity, and, above all, her commitment to her ideals—in this instance, the brilliance of African art.

I bought the card of this still-mysterious woman for myself, and it has remained on my dresser, where I have looked at it daily over all these years. During this time, I wrote two books on Samuel Beckett, and, as I had written in my Beckett biography and forgotten, Nancy Cunard was the first person to publish Beckett. For whatever reason, it had never occurred to me to associate the author of Waiting for Godot with the woman on my dresser. If anything, I associated the name "Cunard" with majestic ships. Later, when writing a book on Godot, I realized that the word "Cunard" appeared several times in a long, climactic speech in Beckett's play. The full significance of the Nancy– Beckett relationship occurred to me only after another Beckett scholar related my convictions about Beckett's politics to the articles Beckett had translated for Miss Cunard's anthology, Negro.

Yes, Nancy Cunard was a publisher, but that's just the tip of the iceberg.

Nancy Cunard (1896–1965) was one of the most unusual women of the twentieth century and perhaps of all time. Great-granddaughter of the founder of the Cunard Line and child of an American beauty and a British aristocrat, Nancy abandoned the life of a celebrated socialite for a lifelong battle against social injustice. Her astonishing beauty, intelligence, and seductive powers led to romances with many of the greatest writers of the era, including three Nobel Prize winners. Indeed, she might have become the queen of England had she returned the ardent interest of the Prince of Wales. She became a popular icon and trend setter of the Jazz Age, and she was the model for major characters in the works of writers such as Ezra Pound, T. S. Eliot, Aldous Huxley, Evelyn Waugh, Samuel Beckett, Ernest Hemingway, Louis Aragon, Tristan Tzara, Pablo Neruda, and the first modern super best-seller, Michael Arlen. Greta Garbo, Constance Bennett, Tallulah Bankhead, and Katharine Cornell played Nancy's character in films and on stage.

Nancy was also a prolific poet, publisher, translator, and journalist. Her long poem Parallax (1925) was favorably compared with Eliot's The Waste Land. She originated the Hours Press and was the first to publish, in her own hand-printed editions, Beckett, Laura Riding, and Pound's A Draft of the XXX Cantos. In 1927, she fell in love with a black American jazz pianist who educated her about racism in the United States. She closed her press and after extensive research and travel published Negro (1934), a mammoth work that was the first comprehensive study of the achievement and plight of blacks throughout the world. Her contributors included Langston Hughes, W.E.B. Du Bois, Zora Neale Hurston, Theodore Dreiser, and Beckett, among scores of other admired figures. She was ridiculed and rejected by both family and friends.

Her courage as a journalist and humanitarian aid worker during and following the Spanish Civil War transformed her into a hero of that war. As the only eyewitness reporter for the Manchester Guardian, she trudged to battlefronts in the midst of artillery fire; she later walked through aerial bombardment alongside the refugees in their exodus to France. She subsequently exposed the atrocities of the French concentration camps, the "holding centers," for Spanish refugees and Republican soldiers. In Authors Take Sides, she created a unique political literary genre, calling on famous writers to take a side for or against fascism. She continued her anti-fascist efforts during World War II as a writer and broadcaster of coded material for the Supreme Headquarters, Allied Expeditionary Force (SHAEF). After the war, she fought tirelessly to rescue Spanish refugees from the Franco regime and to find them a homeland in Latin America; she eventually joined a guerrilla movement to restore democracy in Spain. Throughout, she continued writing poetry, essays, and news reports.

Because of her involvement in the life of her times, exploring Nancy Cunard's life allows one an opportunity to revisit some of the major historical, social, and artistic events and movements of the first half of the twentieth century. At the same time, one learns from diaries and extensive correspondence that Nancy's public achievements and vivacious demeanor belied a lifelong struggle with loneliness, insecurity, and physical illness. Her many letters to and from friends also reveal an immense kindness, wit, and stoicism, as well as an often flamboyant, determined defiance of prejudiced social conventions that made her headline news on both sides of the Atlantic.

The great poet William Carlos Williams called Nancy "one of the major phenomena of history"; another friend said that "to be in the presence of Nancy was more like coming to grips with a force of nature. . . . It was impossible for her to work quietly for the rights of man; Nancy functioned best in a state of fury in which, in order to defend, she attacked every windmill in a landscape of windmills." My goal is to give Nancy Cunard what seems to me to be her rightful place in history.

Cunard
Nancy Cunard Collection at the University of Texas, Austin 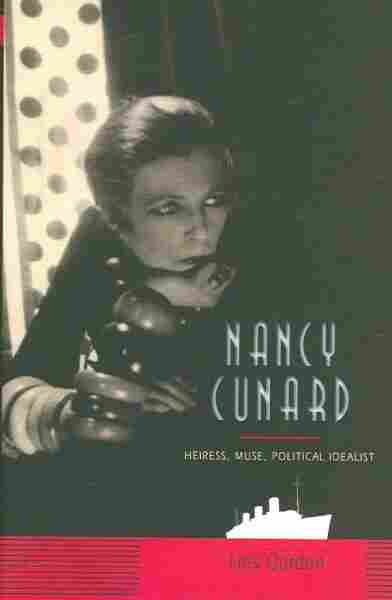