Accessibility links
A Cape Cod Connection In 'The Outermost House' When she needs inspiration for writing about the natural world, author Lucinda Fleeson opens Henry Beston's 1929 classic: The Outermost House: A Year of Life on the Great Beach of Cape Cod. 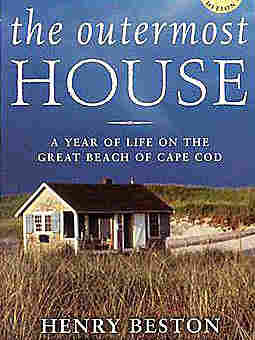 The Outermost House: A Year of Life on the Great Beach of Cape Cod
By Henry Beston
Paperback, 256 pages
Holt Paperbacks
List price: $15

On a recent trip to Cape Cod, I bundled up against the wind and wandered off the path along sand dunes. Bits of crimson, like rubies, lay at my feet among scrub forests and shallow marshes. Cranberries. Everywhere! Millions of them, lying low, snuggling into shrubs. I gathered enough for a Thanksgiving sauce. After all, here, perhaps on this very spot, the first pilgrims came ashore on Nov. 21, 1620. They took a quick look around at the frigid land bereft of any other edibles, and left after only a couple of weeks. Eventually they settled in Plymouth.

New England author Henry Beston helped me see the glory of a Cape winter in all its desolation and rawness. I had rented an old farmhouse in Truro for a month's writing retreat and picked up a bunch of library books. I almost dismissed Beston's The Outermost House: A Year of Life on the Great Beach of Cape Cod. At first I thought it was just another chronicle of escape to the countryside. But Beston's writing stirs our primal need for nature at its most wild and pure. He reminds us that we still live on an untamed planet.

Beston had built a weekend retreat — a cabin, really — on Coast Guard Beach. He arrived in September, planning to stay only two weeks. But he found himself lingering on, so possessed by the "beauty and mystery of this earth and outer sea" that he could not leave. For a year, he recorded his observations, writing at a kitchen table.

His words cast a spell over me. It was as if I, too, could see the skunk's tiny paw prints on a solitary November morning. Or the young deer marooned in icy waters. I cheered when three coast guards rescued her. The author was not only teaching me how to write about nature, but also showing me how to think about our estrangement from it. He wrote: "The world today is sick to its thin blood for lack of elemental things." 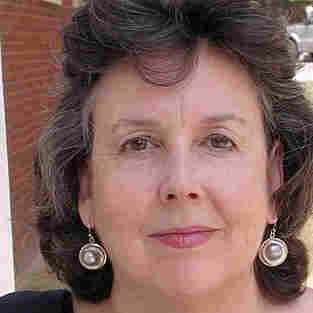 Lucinda Fleeson is the author of Waking Up In Eden: In Search Of An Impassioned Life On An Imperiled Island. Courtesy of Lucinda Fleeson hide caption

Here's my favorite passage, though: "Nature is part of our humanity, and without some awareness and experience of that divine mystery, man ceases to be man. When the Pleiades and the wind in the grass are no longer a part of the human spirit, a part of very flesh and bone, man becomes a cosmic outlaw."

We can't all stay on the beach through the bleakness and grandeur of winter. Yet we yearn for a connection with the elements — and an author who can make us see and feel them.

You must read this: Henry Beston's The Outermost House: A Year of Life on the Great Beach of Cape Cod.

Lucinda Fleeson's book, Waking Up In Eden: In Search Of An Impassioned Life On An Imperiled Island recounts her two years working in a botanical garden on the Hawaiian Island of Kauai. She now oversees a program for international journalists and teaches at the University of Maryland's Merrill College of Journalism. 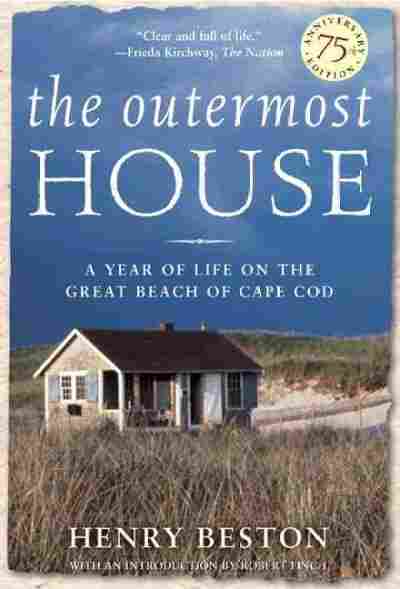 A Year of Life on the Great Beach of Cape Cod