Accessibility links
Renaissance Music With A Serious Groove On his new album, Diminuito, Rolf Lislevand and his lute spin the traditions of the Italian Renaissance in surprisingly fresh directions. He and his group of musicians sound, at times, more like a jazz combo than an early-music ensemble.

Renaissance Music With A Serious Groove

Diminuito, the title of a new CD from Rolf Lislevand, refers to a Renaissance practice of embellishing a melody through improvisation. Much as a jazz group might do today, Renaissance musicians improvised tunes familiar to audiences of the time. With this new CD, Lislevand and his group have created a recording that sounds both old and new. 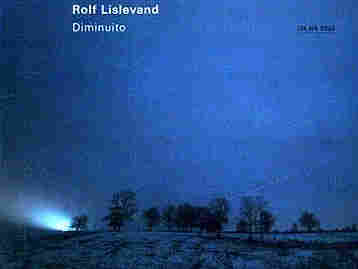 Although based in the Renaissance, Diminuito is sometimes hard to place. It's classical music, certainly, but influenced also by folk and world music traditions heard today. ECM Records hide caption

Improvisation combines musical thinking with musical imagination. When both meet on equal ground, as they do on this recording, the result is powerful and poetic.

Rarely do I encounter a CD on which each successive track becomes a favorite. But not only does every piece on the album instantly strike the ear as compelling; each also becomes part of a longer journey. There's a sense of narrative here, a sense of storytelling, if only in the imagination.

If you think of lutes as producing only delicate plucked tones, you'll be surprised by their forceful sound in this ensemble, which also includes other stringed instruments, a small pipe organ and an array of exotic percussion. David Mayoral is the extraordinary percussionist in Lislevand's ensemble, and his tasteful, energetic rhythms provide the backbone of the sound.

The acoustics of Diminuito swirl in contrasting timbres and lush harmonics. Occasionally, singers join the ensemble, floating above the instruments — an ethereal effect that lends a sense of timelessness to the music. Although based in the Renaissance, Diminuito can be hard to place. It's classical music, certainly, but influenced also by folk and world music traditions heard today.

Additionally, the musicians use modern recording technology to create the album's rich, layered sound. Lislevand and his musicians play with a true pancultural sensibility, drawing upon musical energies around them. While these influences may deprive the album of some historical authenticity, they speak to a deeper authenticity: a creative process responsible only to pure imagination.