Accessibility links
Nuclear Radiation Worries? There's A Pill For That Fear turns out be a very good thing for certain businesses. When North Korea or Iran mentions the word "nuclear," orders pour in to NukePills.com — a Web site that sells potassium iodide. The government also stockpiles this FDA-approved drug. 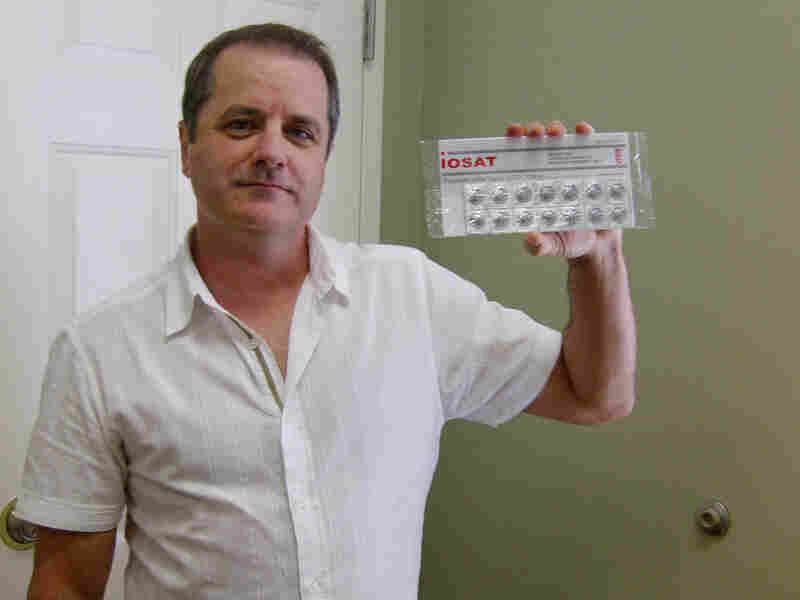 Troy Jones, who runs NukePills.com, holds a package of potassium iodide pills. Jones brokered a $1 million deal with the Ministry of Health in Kuwait earlier this year. Julie Rose for NPR hide caption 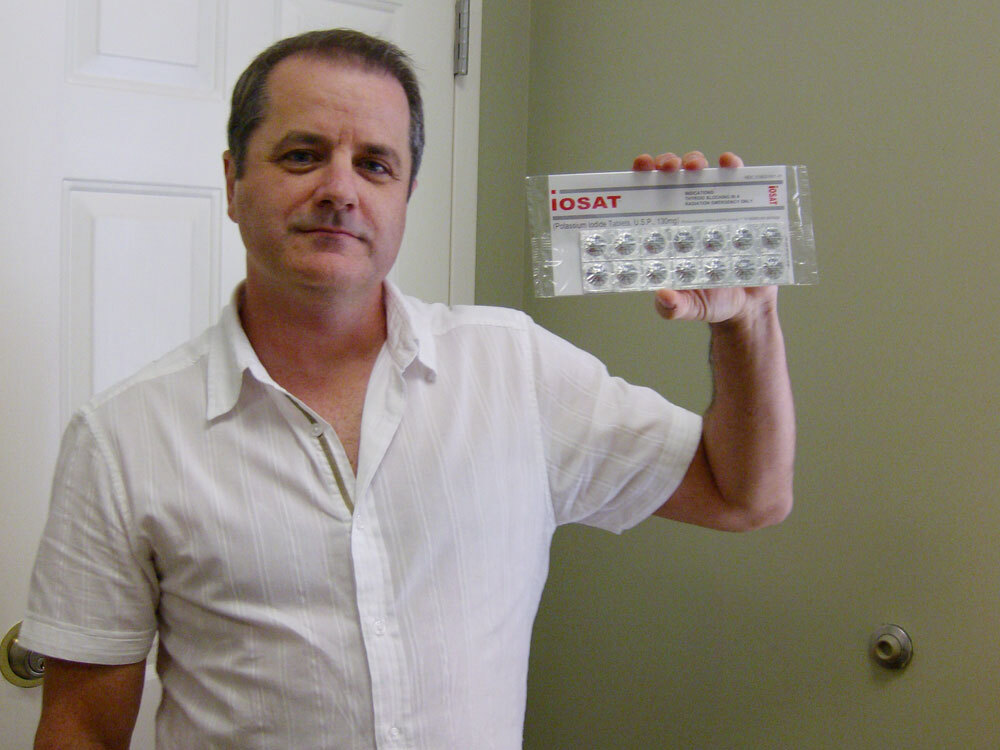 Troy Jones, who runs NukePills.com, holds a package of potassium iodide pills. Jones brokered a $1 million deal with the Ministry of Health in Kuwait earlier this year.

Fear turns out be a very good thing for certain businesses. When the National Weather Service warns of a hurricane, there's a run on plywood and water. A crime spree can send people to the gun store. And when North Korea or Iran mentions the word "nuclear," the orders pour in to a Web site in North Carolina.

Just the name NukePills.com might raise an eyebrow. It sounds like a site for conspiracy theorists. But Troy Jones says most of his customers are actually prudent people who "recognize a product that in this day and age they should probably have in the emergency kit."

The product behind NukePills.com is officially known as potassium iodide. It's an FDA-approved drug that blocks the thyroid gland from absorbing radioactive iodine released in a nuclear incident. The federal government stockpiles it. Local governments give it to people who live near nuclear plants.

Jones first learned about it in the newspaper when he moved to the Charlotte, N.C., vicinity in 1999. There's a nuclear plant just a few miles from his house.

"There was one paragraph about this tiny white pill that they said might save your life one day," Jones says. "And Y2K was coming, so that piqued my interest, and that's when I got into it."

Jones couldn't find the pills at the pharmacy. So he called the manufacturer and started buying in bulk, thinking he'd get rich off the Y2K panic when people thought the changeover to the year 2000 might cause computers to crash, leading to blackouts or worse. That didn't amount to much. But the Sept. 11 attacks did.

Today, Jones buys more potassium iodide from the manufacturers than nearly anyone else in the world, next to the federal government. He pays about 35 cents a pill and resells it online for twice that.

Google "potassium iodide," and NukePills.com is always near the top, along with the U.S. Nuclear Regulatory Commission. But Jones says his Web site has just as much information about the pills, plus he's available to answer customer questions about them.

A call to the NRC to inquire about where to get potassium iodide tablets led to the commission's public information office, which suggested contacting the local health department — which recommended a trip to the public library.

The public library is one of several locations where people can get free potassium iodide pills in the Charlotte area, but only those who live within 10 miles of the two nuclear plants qualify.

County preparedness coordinator Bobby Kennedy says those who live outside that zone should have plenty of time to evacuate and probably don't need the pills. For those who still want the pills, however, he says potassium iodide is not a prescribed drug and is widely available on the Internet.

Jones runs a one-man operation at NukePills.com. He spends about two hours a day packing orders. He won't say how much he's making, but it's clearly enough to keep him comfortable. About 80 percent of his orders are from individuals. The rest come from government agencies, hospitals and power companies like Duke Energy, which buys the pills for workers at its nuclear plants.

"We have not had to have any of our staff take it at any of our facilities," says Valerie Patterson, a spokeswoman for Duke Energy.

The NRC says there has never been an emergency in the U.S. that required the use of potassium iodide.

Many health agencies say the pills probably helped prevent millions of children in Poland from getting thyroid cancer after the Chernobyl nuclear plant disaster in 1986. More recently, nuclear concerns in the Middle East have been good for NukePills.com. Jones brokered a $1 million deal with the Ministry of Health in Kuwait earlier this year.