Accessibility links
Women's Sports, Title IX And The Cheerleader Option It may get harder for athletic programs to adhere to the Title IX mandate that athletic representation on campuses mirror student enrollment. Frank Deford notes that if colleges make cheerleading a sport, they might stave off budget cuts to male-dominated sports programs — but at what cost to other female athletes? 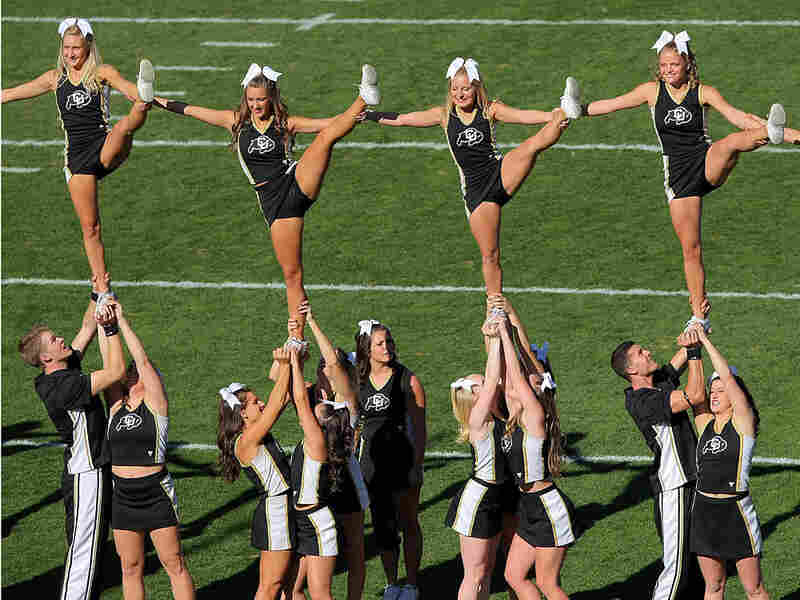 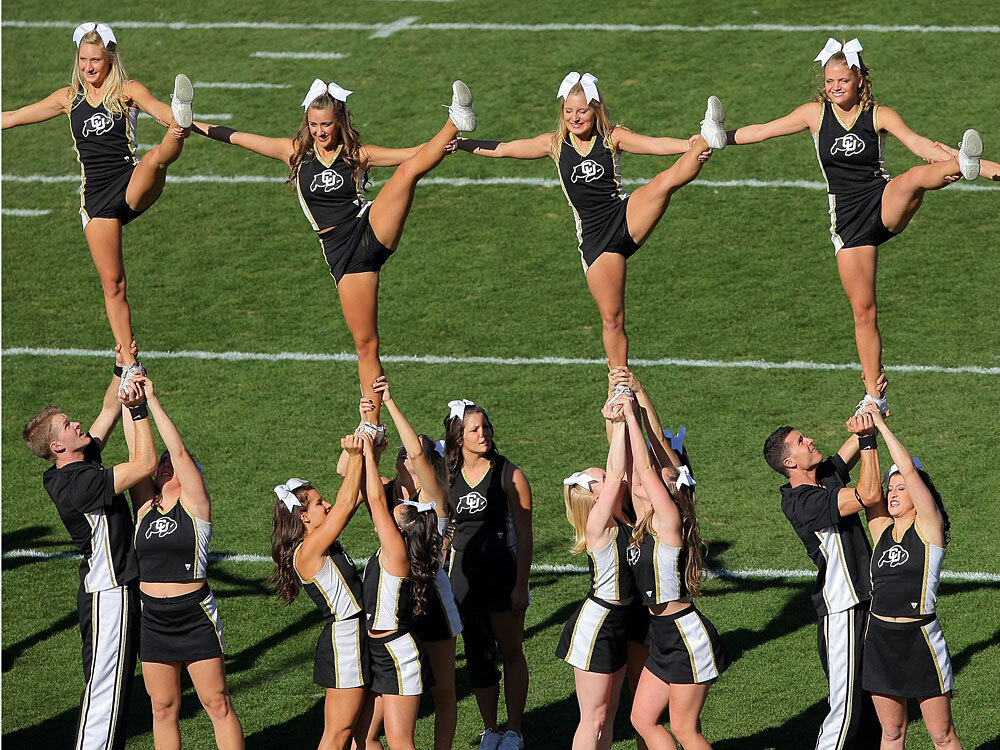 Purists love to play the game, "Is that a sport?" They'll ask, is synchronized swimming really a sport? Is a dog show? Is poker? Is Ultimate Frisbee? And, the most controversial of all: Is cheerleading a sport?

But it isn't just the usual arguments that are raised when cheerleading is the issue. Cheerleading, you see, is deeply embroiled in gender politics, and given the demographics of college attendance, cheerleading is surely going to remain a flashpoint.

It all traces back to Title IX, the 1972 law which mandates that, in sports, athletic representation on campus must mirror student enrollment. As the percentage of collegians tilts more and more female, this means, simply enough, that some men's sports must be eliminated.

Today, at least 57 percent of all American college students are female, and that number is expected to rise. On average in college, there are already 8.7 women's teams for every 7.8 men's teams.

The issue is further complicated because of football, invariably the most expensive and numerically largest sport — and one of the few without a female analog. Football just takes up so much of the allotted space on the men's side — especially at a time when economics are forcing budget cuts.

In fact, the Florida High School Athletic Association wanted to make substantial reductions in all sports except two: football and cheerleading. If you can believe this, the association tried to justify this by claiming that football, like cheerleading, was a co-ed sport because, of the thousands of football players in the state, three were girls.

Not surprisingly, this bizarre logic didn't fly. A federal lawsuit forced the association to accept a settlement to apply cuts equally across the board to all sports.

Most cheerleaders, of course, are female. After all, that's certainly what those people waving pom poms for the Dallas Cowboys are. But appearances can be deceiving. Competitive cheerleading requires precision and teamwork, and it can be a perilous exercise, as well. Almost two-thirds of all catastrophic injuries to females in high school and college occur in cheerleading.

And so, if cheerleading can be accepted as a legitimate sport instead of just as an "activity," then colleges can eliminate another, more traditional, more expensive women's sport. In this way, male-dominated athletic departments can — for at least a while longer — put off the inevitable addition of women's sports.

This has put women's sports leaders on the spot. On the one hand, they don't want to denigrate cheerleaders. On the other hand, as Nancy Hogshead-Makar, a former head of the Women's Sports Foundation, told me: "We can't allow schools to recast cheerleading as a sport in name only so as to allow schools to provide fewer athletic opportunities for girls."

Unfortunately, as long as our American boys don't go to college in the same ratio as our girls, then Title IX will only create more tension between the sexes. And that's not a sport. That's supposed to be a war, isn't it?