Accessibility links
For First Lady, Protocol Critical For State Dinner The Obamas host Indian Prime Minister Manmohan Singh on Tuesday night at the most formal of all dinners. First lady Michelle Obama said she and the president will be like swans, gliding with poise and serenity — while paddling furiously to get things right. 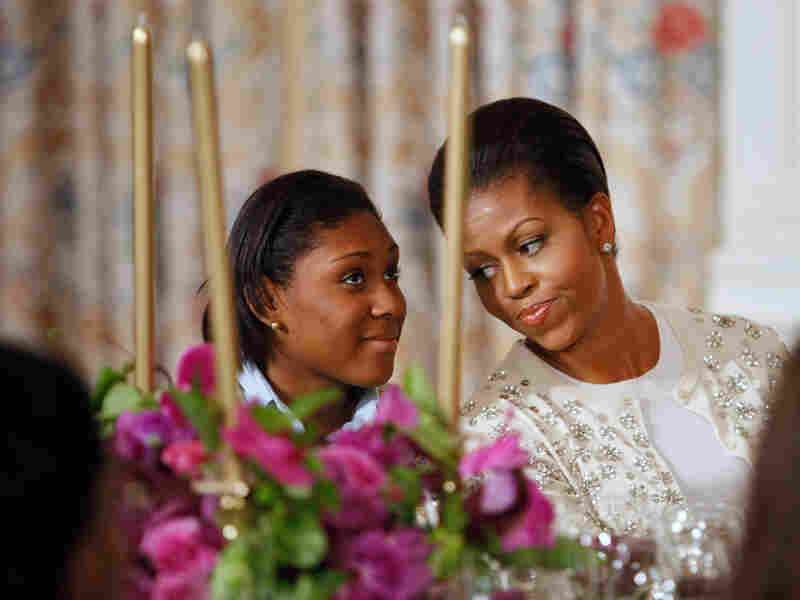 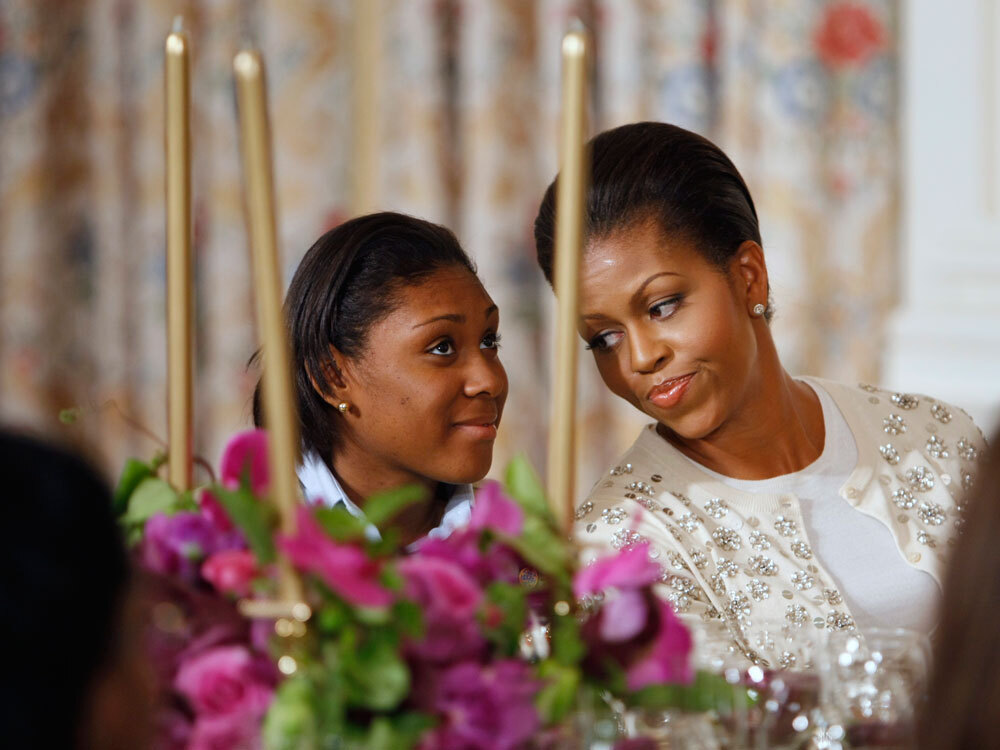 First lady Michelle Obama explains the history and protocol surrounding official state dinners with a group of young women from the White House Leadership and Mentoring Program on Tuesday.

In the first official state visit of the Obama administration, President Obama on Tuesday greeted India's Prime Minister Manmohan Singh in an official welcoming ceremony that was full of pomp and circumstance.

"Your visit, at this pivotal moment in history, speaks to the opportunity before us to build the relationship between our nations ... into one of the defining partnerships of the 21st century," Obama told Singh at the ceremony.

Later in the evening, Singh will be the guest of honor at a state dinner, another first for the Obamas. In preparation, the White House bustled with activity all day for the most formal of all dinners.

The star-studded guest list includes A.R. Rahman, who won two Oscars for music in Slumdog Millionaire. The movie, which was set in India, tells the story of a poor young Indian man who wins millions of rupees on a game show.

First lady Michelle Obama said she and the president will be like swans, gliding with poise and serenity — while paddling furiously to get things right.

"Protocol is critical. Protocol — how you stand, how you sit, who walks where — all of that is really important," the first lady told a group of young women from the White House Leadership and Mentoring Program. The high school girls were the first to see the table settings and taste the desserts — pumpkin pie tart, pear tatin with whipped cream and caramel sauce.

Michelle Obama told the group that state dinners are a way for nations to confirm their partnership in building peace and prosperity across the world. 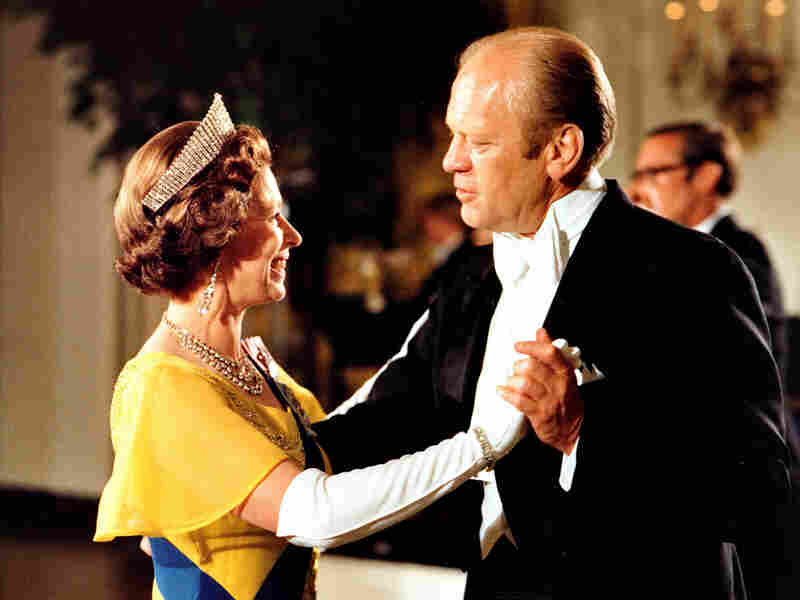 Queen Elizabeth II dances with President Gerald Ford during a state dinner held in her honor in 1976. State dinners are considered to be an expression of goodwill and hospitality, in addition to being a demonstration of influence and culture. Ricardo Thomas/Gerald R. Ford Library hide caption

"What we figure out from these visits is that, all across the world, no matter what our religions or races are, that we are all building that future together," she said. "And building the future is not just the job of any one country alone."

The afternoon preview revealed that the tables for the dinner would be draped with lush, apple green linens, with purple and fuchsia flowers in the centerpieces. Golden taper candles and golden silverware set off the gilded rims of the official state china.

The first lady said every detail of the decorations has meaning. The flower arrangements of roses, hydrangea and sweet pea blossoms were meant to evoke the classic American garden, while the rich, plum colors paid homage to India's state bird, the Indian peacock.

These tables will fill a tent on the South Lawn of the White House, where the walls will be decorated in verdant branches of locally grown magnolia, ivy and nandina. They are meant to reflect the Obamas' dedication to green and sustainable living.

The first lady told the girls that the president kept a picture of India's famed political and spiritual leader Mohandas Gandhi in his office when he was a senator, "because Gandhi inspired so many people in India and around the world with his example of dignity and tolerance and peace."

She said Gandhi challenged each person to practice the changes he or she wishes to see in the world. "We are that change," she said.