Accessibility links
Expansion May Be On Tap For Craft Beer Maker A provision in the federal stimulus bill waiving the closing costs of an SBA loan allowed a Colorado brewery owner to buy an additional beer fermenter, which increased the amount of beer he could brew. More beer led to more jobs and more customers, and now Kevin DeLange is looking for more space. 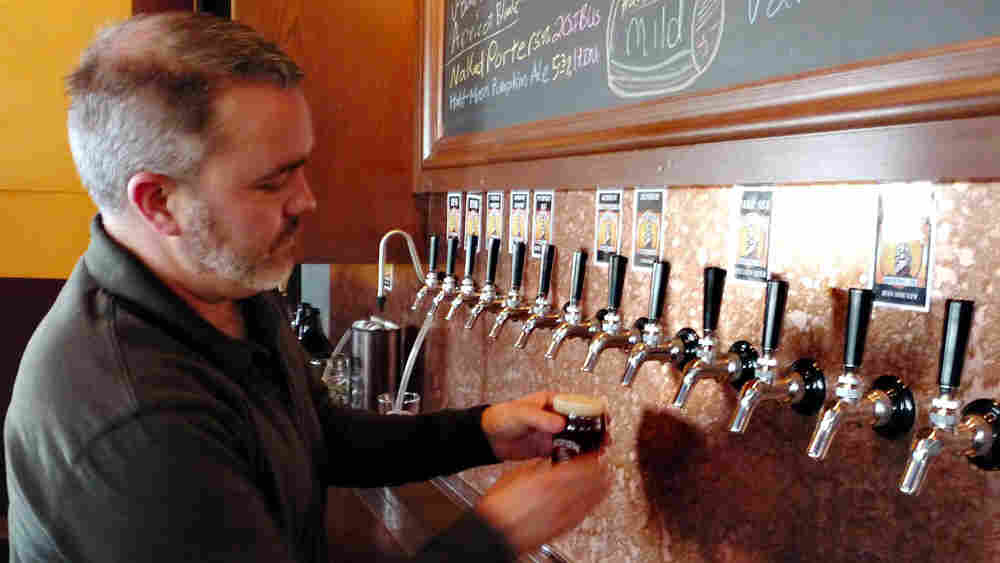 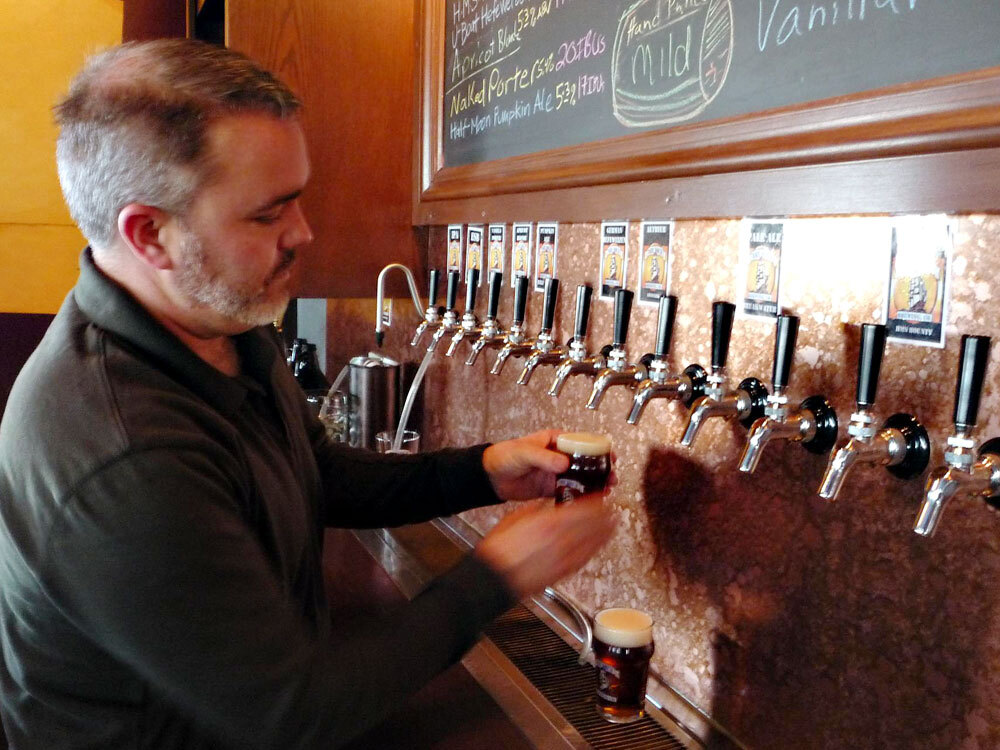 Kevin DeLange, the owner of Dry Dock Brewery, a craft beer maker in Aurora, Colo., says business has soared since he bought a sixth fermenter to brew beer.

At Dry Dock Brewery, a craft beer maker tucked away in a strip mall in the Denver suburb of Aurora, business is booming.

Owner Kevin DeLange beams as he stands next to the shiny, silver 15-foot-high tank, explaining how he makes his extra special bitter ale.

"It will spend the next two weeks in the fermenter, and that's when the yeast really works its magic," he says. "It eats that sugar and turns into alcohol and carbon dioxide."

And then it turns into beer.

DeLange is making a lot more beer now that he's bought a sixth fermenter for his brewery. In this business, he says, you can make only as much beer as you have room to ferment at one time.

And DeLange is making more room. This summer, he expanded into a bigger space. Then he took advantage of a provision in the federal stimulus bill that waived the closing costs of a Small Business Administration loan. All he had to do was promise to reinvest the money in his business. The $20,000 he saved happened to be the cost of a new fermenter.

The fermenter has had a ripple effect on his business. Because he's making more beer, he has had to hire a half-time brewer.

"And then more customers come in, [and] we need more bartenders. We've gotten so busy that now I need a full-time bar manager to handle that," DeLange says, adding that he may also hire a bookkeeper so he can focus on strategy and marketing.

The brewery now employs seven full-time workers. His head brewer, Bill Eye, was hired over the summer after being laid off from a nearby chain brewery.

"When I was looking for a job, I talked to everybody," Eye says. "And when I say everybody, we're talking 15 places, 10 places — there's just not that many breweries."

"It's excellent beer," says Dry Dock customer Tobin Anderson, as he sips an India pale ale in the brewery's spacious new bar. "You pay a little more, but it's worth it to me, plain and simple."

Dry Dock is not only enjoying nice profits; it's also getting recognition. It won the "Small Brewery of the Year" award at the annual Great American Beer Festival in September. DeLange thinks that was due to the brewery's impressive four-year run. He says sales have grown at least 30 percent a year, and he's thinking about expanding again — possibly into a warehouse space so he can start bottling and shipping beer around the state.