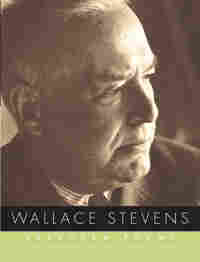 In the uncertain light of single, certain truth,
Equal in living changingness to the light
In which I meet you, in which we sit at rest,
For a moment in the central of our being,
The vivid transparence that you bring is peace.

No other poet I know of has written so elegantly and so persuasively about the beauty and significance of poetry in everyday life. We find these declarations not only in Stevens's poems but also in his essays, most of which originated as invited lectures on the subject of poetry. In these essays, Stevens seduces us with his enchanting prose to believe in the spiritual importance of poetry. The imagination — frequently synonymous with the act of the mind, or poetry, for Stevens — is what gives life its savor, its sanction, its sacred quality. In a passage from "The Noble Rider and the Sound of Words," he stresses the importance of poetic language by evoking our human craving for the sound of words:

"The deepening need for words to express our thoughts and feelings which, we are sure, are all the truth that we shall ever experience, having no illusions, makes us listen to words when we hear them, loving them and feeling them, makes us search the sound of them, for a finality, a perfection, an unalterable vibration, which it is only within the power of the acutest poet to give them."

Noting that the imagination (poetry) must be based on reality, and furthermore that the interdependence of the imagination and reality is crucial, Stevens goes on to isolate poetry's inherent distinctiveness: It bestows nobility, a quality he defines as "our spiritual height and depth." Nobility emerges from the press of the imagination against a world that seems chaotic, crass, violent, and banal. The task of the poet is to transmit his imaginative power to others. Stevens sees the poet fulfilling himself "only as he sees his imagination become the light in the minds of others." Simply put, the poet's role "is to help people to live their lives."

One could cite other essays that make Stevens's case for poetry, but the real question is: How well does his own poetry measure up to his ideal? After all, the telling phrase in the opening line of the invocation to "Notes Toward a Supreme Fiction" is "except for you." Since the "you" refers to the creative faculty of the mind, it excludes everything else, including, of course, people. At the very least, such devotion to art rather than another person might strike a reader as odd. It has certainly struck many readers as cold and impersonal. With such observations as the following, Stevens has done little to alter that impression: "Life is not people and scene but thought and feeling;" "Life is an affair of people not of places. But for me life is an affair of places and that is the trouble;" "I have no life except in poetry."

There is an abstract feature to much of Stevens's poetry that distinguishes it from that of most other poets. Modern lyric poets, for example, usually write about more tangible topics, often using the first-person singular. One thinks of the speaker contrasting his neighbor's view of walls with his own in Robert Frost's "Mending Wall," or the persona's sudden reversal of perspective toward a rather ugly, lice-infested fish in Elizabeth Bishop's "The Fish," or even the paralyzing insecurity of T. S. Eliot's J. Alfred Prufrock, dreading a social encounter ("In the room the women come and go / Talking of Michelangelo"). Each of these poems has a well-defined speaker and a clear setting. Each invites the reader to identify with or relate to the principal human figure in the poem.

By contrast, Stevens's poems frequently seem bizarre, theoretical, and detached. What is one to make of lines such as "The only emperor is the emperor of ice-cream"; or "A. A violent order is disorder; and / B. A great disorder is an order"; or "There it was, word for word, / The poem that took the place of a mountain"? In addition, Stevens often employs strange characters, such as the mountain-minded Hoon, Professor Eucalyptus, and Canon Aspirin. He seldom uses the first-person form in his poetry, and when he does, it is likely to be in the plural form of "we." Although he occasionally chooses the second-person "you," he usually resorts to an anonymous third-person "he" or "she," or to the even more remote "one."

How then do we explain Stevens's subject and elucidate his greatness as a poet? The answer is simple: His major achievement is the expression of the self in all its amplitude and, in fact, teasingly beyond it. In this respect, he writes in the grand tradition of romantic poetry.

Ironically, his strategies of distancing — his use of odd characters, his opening philosophical gambits, his impersonal voice — serve to objectify and make authentic deeply personal sources of feeling and thought. To borrow Eliot's phrase, Stevens's poems become objective correlatives of various states within the reader, not only of heart and mind but also of being.

By analogy, consider what happens when one reads a poem such as Walt Whitman's "Song of Myself." Given the title, one naturally assumes that this is Whitman's personal declaration, his own song. After all, he begins rather explicitly: "I celebrate myself, and sing myself." But as one continues to read — as one absorbs the language, the sounds, the images, the rhythms — a revelation emerges: This is not Whitman's song of self at all, but rather "mine." Whitman's song of self has subtly transformed itself into the reader's. One realizes, sometimes with a jolt, that the title, "Song of Myself," is a play on words: it has a double and much more personal meaning.

Similarly, when Stevens writes, "And for what, except for you, do I feel love?" we, as readers, respond to the language, to our "need for words to express our thoughts and feelings." We search their sound "for a finality, a perfection, an unalterable vibration" that expresses not Stevens's self but ours. It is we who "press the extremest book of the wisest man / Close to [us], hidden in [us] day and night"; it is we who "sit at rest, / For a moment in the central of our being"; and it is we who discover that the "vivid transparence that [poetry brings] is peace." We are like the invisible audience in Stevens's "Of Modern Poetry" that listens "Not to the play, but to itself, expressed / In an emotion as of two people, as of two / Emotions becoming one." The poet, the metaphysician in the dark," has created the music that gives "Sounds passing through sudden rightnesses." Stevens touches and moves our deepest and most private sense of self. In doing so, he fulfills his goal of making his imagination ours.

The houses are haunted
By white night-gowns.
None are green,
Or purple with green rings,
Or green with yellow rings,
Or yellow with blue rings.
None of them are strange,
With socks of lace
And beaded ceintures.
People are not going
To dream of baboons and periwinkles.
Only, here and there, an old sailor,
Drunk and asleep in his boots,
Catches tigers
In red weather.

"Anecdote of the Jar"

I placed a jar in Tennessee,
And round it was, upon a hill.
It made the slovenly wilderness
Surround that hill.

The wilderness rose up to it,
And sprawled around, no longer wild.
The jar was round upon the ground
And tall and of a port in air.

It took dominion everywhere.
The jar was gray and bare.
It did not give of bird or bush,
Like nothing else in Tennessee.

"A Dish of Peaches in Russia"

With my whole body I taste these peaches,
I touch them and smell them. Who speaks?

I absorb them as the Angevine
Absorbs Anjou. I see them as a lover sees,

As a young lover sees the first buds of spring
And as the black Spaniard plays his guitar.

Who speaks? But it must be that I,
That animal, that Russian, that exile, for whom

The bells of the chapel pullulate sounds at
Heart. The peaches are large and round,

Ah! and red; and they have peach fuzz, ah!
They are full of juice and the skin is soft.

They are full of the colors of my village
And of fair weather, summer, dew, peace.

The room is quiet where they are.
The windows are open. The sunlight fills

The curtains. Even the drifting of the curtains,
Slight as it is, disturbs me. I did not know

That such ferocities could tear
One self from another, as these peaches do.

"The Plain Sense of Things"

After the leaves have fallen, we return
To a plain sense of things. It is as if
We had come to an end of the imagination,
Inanimate in an inert savoir.

It is difficult even to choose the adjective
For this blank cold, this sadness without cause.
The great structure has become a minor house.
No turban walks across the lessened floors.

The greenhouse never so badly needed paint.
The chimney is fifty years old and slants to one side.
A fantastic effort has failed, a repetition
In a repetitiousness of men and flies.

Yet the absence of the imagination had
Itself to be imagined. The great pond,
The plain sense of it, without reflections, leaves,
Mud, water like dirty glass, expressing silence

Of a sort, silence of a rat come out to see,
The great pond and its waste of the lilies, all this
Had to be imagined as an inevitable knowledge,
Required, as a necessity requires.

From Selected Poems by Wallace Stevens, edited by John N. Serio. Copyright 2009. Published by Knopf. Used by permission of the publisher. All rights reserved. 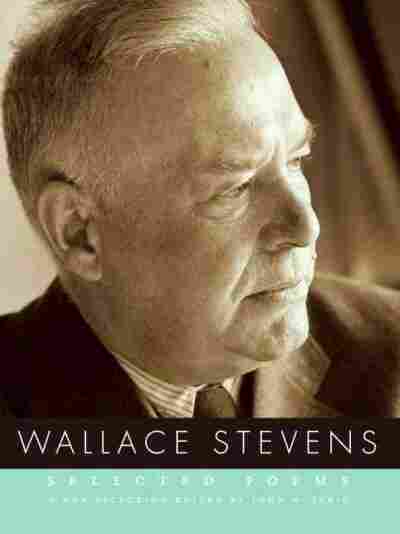