It's a wonder Mike Reed has time to get behind his drum kit at all, let alone lead two of Chicago's best bands. When he's not booking indie-rock groups, dealing with agents, organizing travel or handling logistics for the city's world-famous Pitchfork Festival, Reed turns to his primary love, jazz. 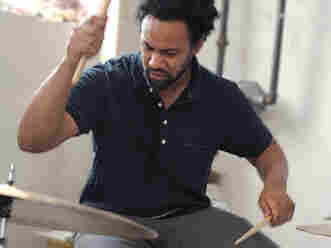 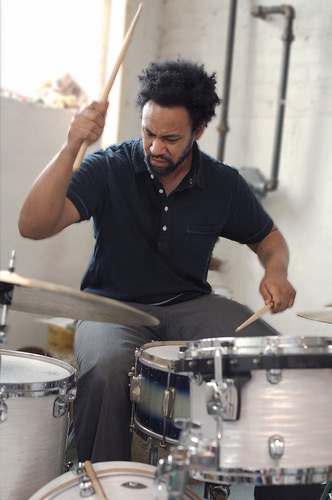 When Reed started People, Places & Things, he was determined to pay homage to forgotten or overlooked Chicago music from six decades ago. And, indeed, the group's first album focused on tunes associated with the likes of bassist Wilbur Ware, saxophonist John Jenkins and drummer Wilbur Campbell — quintessential Chicago artists who played on classic recordings, yet never made it big. Their music was at once progressive and classic, embracing the hard-charging energy and complexity of bebop while retaining the city's trademark blues sound. Reed continues to honor that spirit with his new release, About Us.

"Big and Fine" features the big, brawny tenor sound of David Boykin, one of Chicago's most fiercely independent and sonically ferocious players. Yet, as intense and free as his music can get, he remains deeply connected to jazz's taproot. It's one of several pieces on the new album made with leading lights of Chicago's contemporary scene. After visiting the city's musical past on his debut, Reed uses the new album to focus on pieces written by group members and their guests. Another of those is written by guitarist Jeff Parker, a member of the instrumental rock band Tortoise.

From the start, Reed never wanted a repertoire band. He created dynamic new arrangements for the old nuggets that drew upon a contemporary vocabulary and emphasized intense group interplay among band members.

The record title — About Us — refers to the four members of People, Places & Things, but it also refers to Chicagoans, past and present. In the music, you can hear those generations coming together to look ahead.