Accessibility links
Rectangles Vs. Triangles: The Great Sandwich Debate You've got a lot of decisions to make as you build that leftover turkey sandwich. One decision you'll probably make with ease is whether to cut the sandwich into triangles or rectangles. If you go for the diagonal slice, you're in good company. Chefs, foodies, an architect and even a mathematician all told us: Diagonal rules. But why? 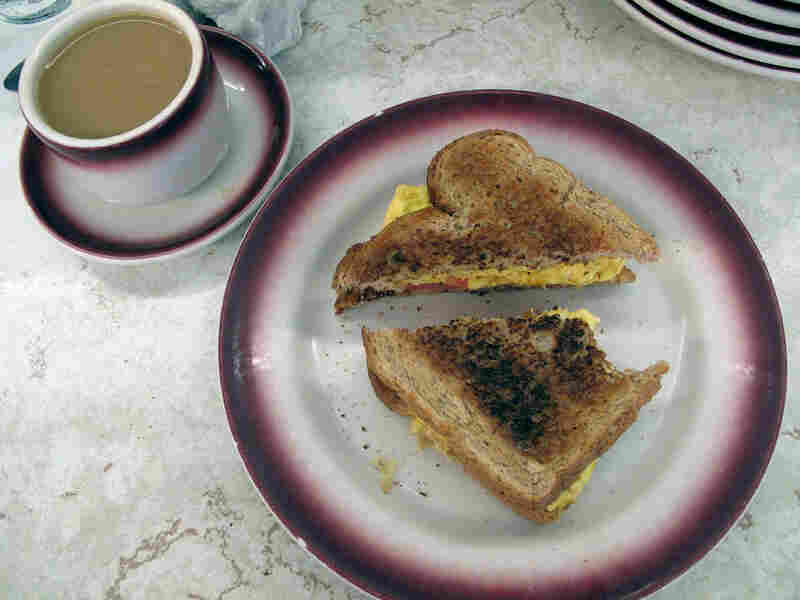 Customers and staff at the Tastee Diner in Bethesda, Md., say "sailboat sandwiches" are the way to go. Alice Winkler/NPR hide caption 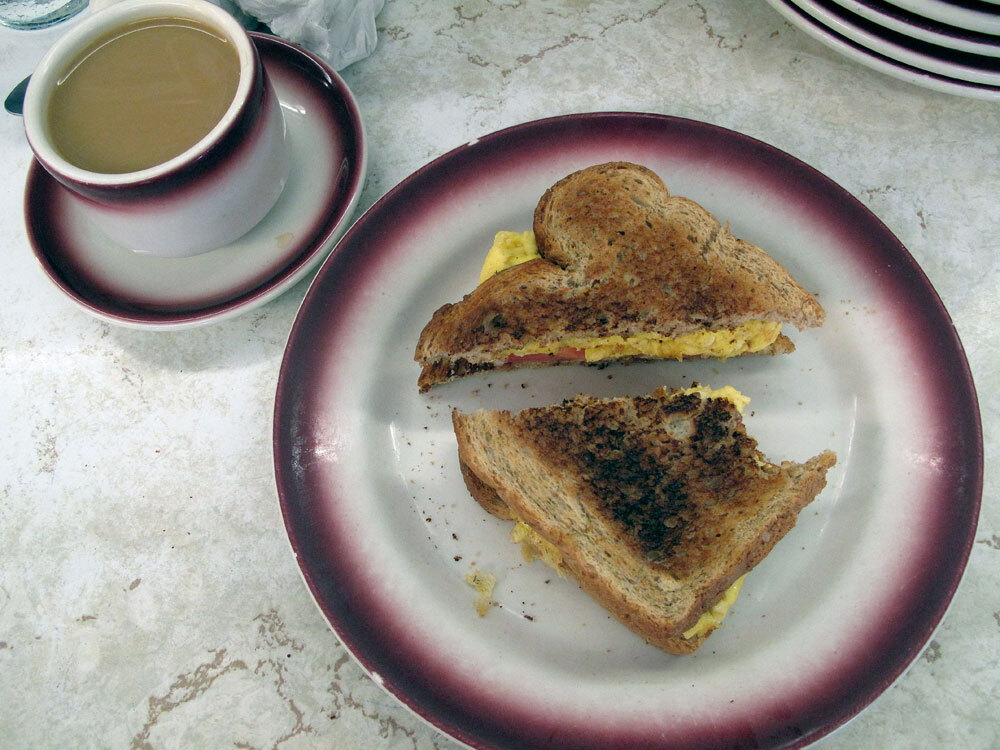 Customers and staff at the Tastee Diner in Bethesda, Md., say "sailboat sandwiches" are the way to go.

You've got a lot of decisions to make as you build that leftover turkey sandwich. White or wheat? Mustard or mayo? How about cranberry sauce? One decision you'll probably make with ease is whether to cut the sandwich into triangles or rectangles. If you go for the diagonal slice, you're in good company. Chefs, foodies, an architect and even a mathematician all told us that diagonal rules. But why?

The Look And Feel

Since the time of the pyramids, architects have always understood the supremacy of the diagonal line, says Kevin Harris. He designs houses in Baton Rouge and knows his angles. Harris says the diagonal cut exposes more of the interior of the sandwich, "and by exposing the interior, it engages more of your senses before you take the first bite.

Aesthetics are also at the heart of Bonnie Moore's argument. The chef de cuisine at The Inn at Little Washington, Moore says the human eye is always searching for symmetry. It's a lot easier to find fault with a four-sided shape like a rectangle than it is with a three-sided shape, she says, so a triangle is just easier on the eye.

Kemp Minifie believes the diagonal cut creates the illusion that your sandwich is bigger. Minifie was the executive food editor for the recently deceased Gourmet Magazine, and she offers a tip to prove the triangle's superiority. Prop one half of the sandwich up against the other half to give the plate an elegant vertical dimension.

The triangle isn't just more pleasing to look at, Minifie adds — it's better eating. First, there's the narrower corner, which can be delicately placed in the mouth — or shoveled in, when lunchtime is limited. And if you are not a crust lover, rejoice: The long, crustless hypotenuse gives you a very ample entrance into the softer, meatier part of the sandwich.

My mother used to cut her sandwiches in half cross-wise. And I never liked that. The diagonal is what you got in the deli, in the coffee shop, the diner. And I used to love to watch them make it — say the grilled cheese. They'd have it on the griddle, and they'd slide it off, and with that one swift stroke, cut it in half. Diagonally.

But triangles aren't just for haute foodies. You won't catch short-order cook Nathan "Spanky" Lewis cutting a sandwich into rectangles. He's been making sandwiches at the Tastee Diner in Bethesda, Md., for 16 years and has one word for why triangles rule: "Reputation."

Especially on a BLT or a club sandwich, he says. "If it's squared off, it doesn't even look like a sandwich." Tastee customers and waitresses rush to agree. "Sailboat sandwiches" are just the way to go.

It All Comes Down To Math

Consider the numbers, advises Paul Calter, emeritus professor of mathematics at Vermont Technical College. The amount of crust on a sandwich, he says, does not change, no matter how you cut it. But the amount of surface area without crust can change, depending on how many times you cut it and in which direction.

If your bread is square, and if each side is 4 inches long, you have 16 inches of crust. Cut that bread down the middle, and you get 8 inches of crust-free surface. Cut that same bread diagonally, Calter calculates, and you end up with almost 11 inches of crustless surface. That's a substantial increase.

The number 3 has always been more popular than 4, says Calter, who writes about the intersection of math, art and culture. Three is mother, father and child, he says. Three is the beginning, middle and end. Three is birth, life and death. Without three, there could not be a best — only a good and a better.

Plus, Calter argues, the triangle has big fans. Plato declared the isosceles triangle to be the basic building block of the universe in his Theory of Everything. And, of course, there's the Holy Trinity and the six-pointed Star of David. As Calter points out, "a triangular sandwich can be a way of thanking the lord without actually saying grace."