Accessibility links
Series to Keep Kids (and Adults) Under Books' Spell What will youngsters read when Harry Potter is over? The popularity of the boy wizard suggests parents might suggest other series: Shelves in book stores are loaded with them.

Listen
Series to Keep Kids (and Adults) Under Books' Spell

What will youngsters read when Harry Potter is over — assuming they keep reading at all?

There's some debate about kids' reading habits, but if nothing else the popularity of the boy wizard suggests parents might want to explore other series. Shelves in book stores are loaded with them.

We ask two experts for recommendations — and explore the question of whether Potter's popularity has helped inspire kids to read more. 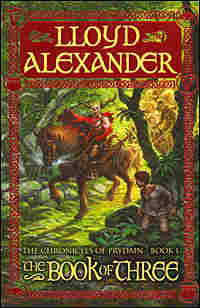 Dara LaPorte, children's books manager at the Politics & Prose bookstore in Washington, D.C., suggests these series; the first title in each collection is in parentheses.

The Chronicles of Prydain by Lloyd Alexander, ages 10-14 (The Book of Three)

Percy and the Olympians by Rick Riordan, ages 8-12 (The Lightning Thief)

Ranger's Apprentice by John Flanagan, ages 10-14 (The Ruins of Gorlan)

Winnie by Jennifer Richard Jacobson (Winnie Dancing on Her Own)

Akimbo by Alexander McCall Smith (Akimbo and the Lions)

Jenny the Cat by Esther Averill (Jenny and the Cat Club)

Secrets of Dripping Fang by Dan Greenburg (The Onts)

Ziggy and the Black Dinosaurs by Sharon M. Draper (The Buried Bones Mystery) 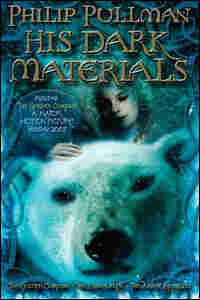 Author and kid-lit expert Anita Silvey, whose own books include 500 Great Books for Teens and 100 Best Books for Children, recommends these titles:

Lord of the Rings series by J.R.R. Tolkien

A Wrinkle in Time series by Madeleine L'Engle

The Chronicles of Narnia series by C.S. Lewis

The Cat in the Hat and other beginner books by Dr. Seuss

A Series of Unfortunate Events by Lemony Snicket

Half Magic series by Edward Eager

Percy Jackson and the Olympians series by Rick Riordan

The City of Ember series by Jeanne DuPrau

The Song of the Lioness, The Immortals, the Circle of Magic, and The Protector of the Small series by Tamora Pierce

The Lost Years of Merlin by T. A. Barron

The Bartimaeus Trilogy by Jonathan Stroud

The Giver and other books by Lois Lowry

The Abhorsen Trilogy by Garth Nix