Accessibility links
Director Jason Reitman Finds His Feet 'Up In The Air' Director Jason Reitman may be young, but he comes from Hollywood stock — his dad is Ghostbusters creator Ivan Reitman — and he has already directed two well-received feature films, Juno and Thank You For Smoking. His latest is Up in the Air, starring George Clooney. Reitman says it's his first really mature work as a moviemaker. 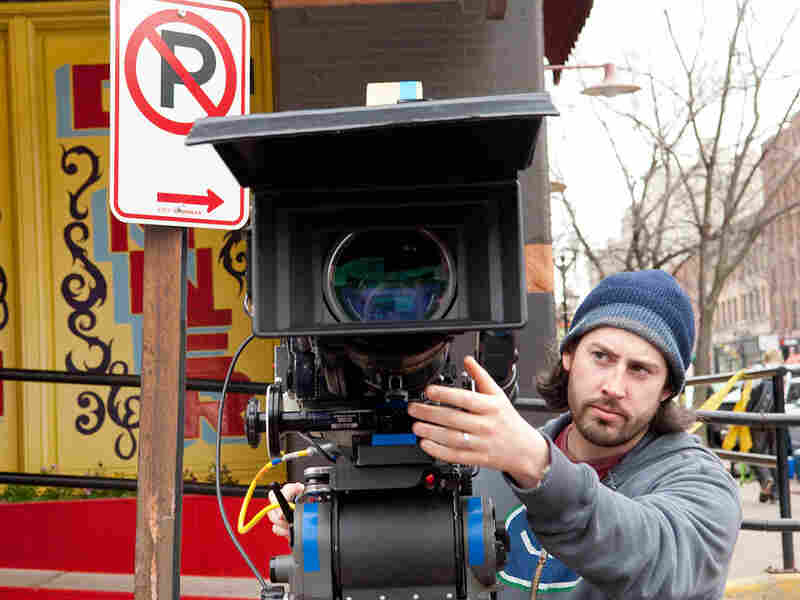 Jason Reitman began writing Up in the Air six years ago but put it aside to write and direct his first major feature, Thank You For Smoking. Dale Robinette/Paramount Pictures hide caption 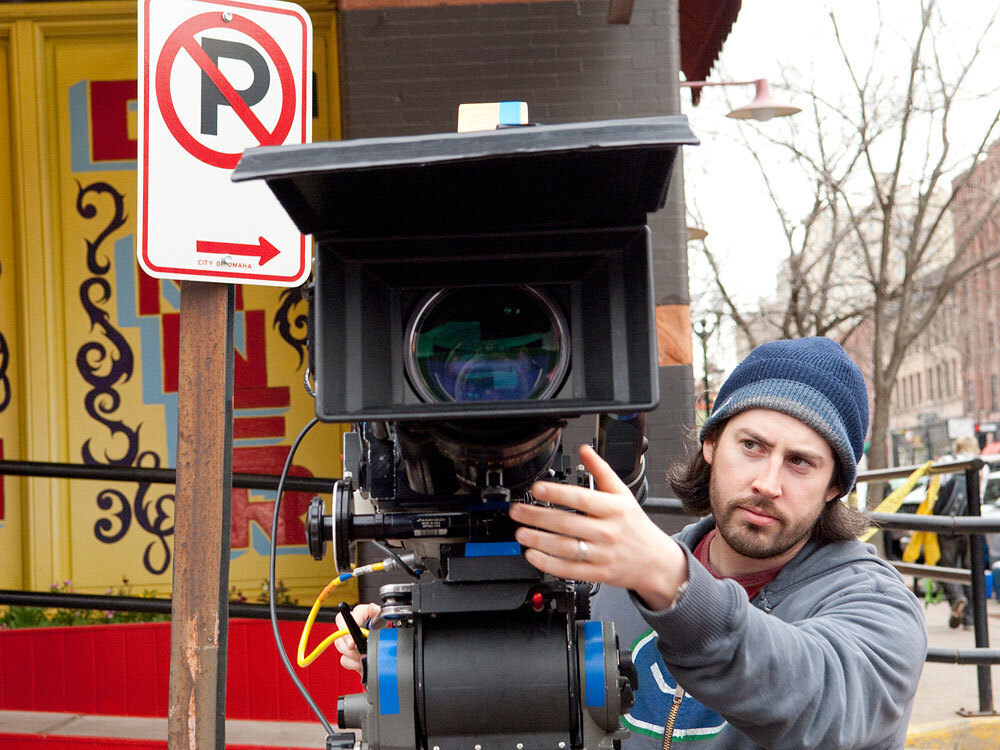 Jason Reitman began writing Up in the Air six years ago but put it aside to write and direct his first major feature, Thank You For Smoking.

Accusations of nepotism were only to be expected for director Jason Reitman: His father, Ivan Reitman, was the director-producer behind the Ghostbusters films, a boldface Hollywood name for decades.

But Reitman, who directed the 2007 hit Juno and the new George Clooney film Up in the Air, notes that his famous father wasn't in a hurry to do him any favors. Financial backing for the younger Reitman's first feature film, Thank You For Smoking, didn't come from Dad, but from David Sacks, a San Francisco financier and founder of PayPal.

"People presumed that nepotism would pave the road for my career," Reitman tells NPR's Robert Siegel. "Nepotism let me down, frankly."

Courting The Author, Catching Up With The Times

Reitman's latest film is based on the novel by Walter Kirn; Clooney plays Ryan Bingham, a strident cynic who makes a living by firing downsized employees. He lives his entire life alone on the road, Reitman explains, moving from airplane to airplane, hotel to hotel, religiously collecting air miles along the way.

"That's kind of his primary philosophy," says Reitman. "He wants to live without anyone or anything. And that's something that I really locked into."

The addition of two main characters is one of many differences between the film and Kirn's novel, but Reitman says every decision was made with the author's blessing.

"I've always wanted to have a good relationship with my authors," Reitman says. "I've heard the stories of Stanley Kubrick and Stephen King going at each other's throats, so the first time I got hired to write [on Thank You For Smoking], I called Christopher Buckley up and said, 'Hi, this is Jason Reitman, the guy they hired to expletive your book.' And he knew immediately that it was going to be a good relationship." 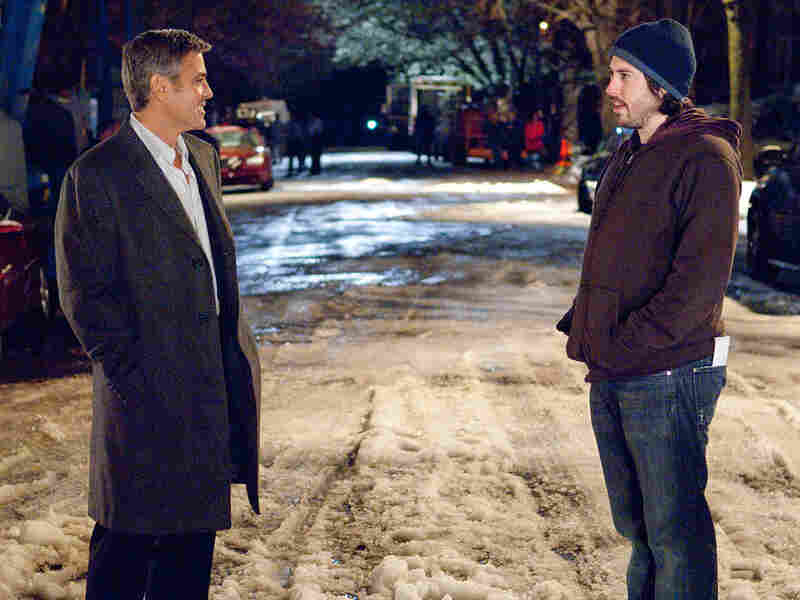 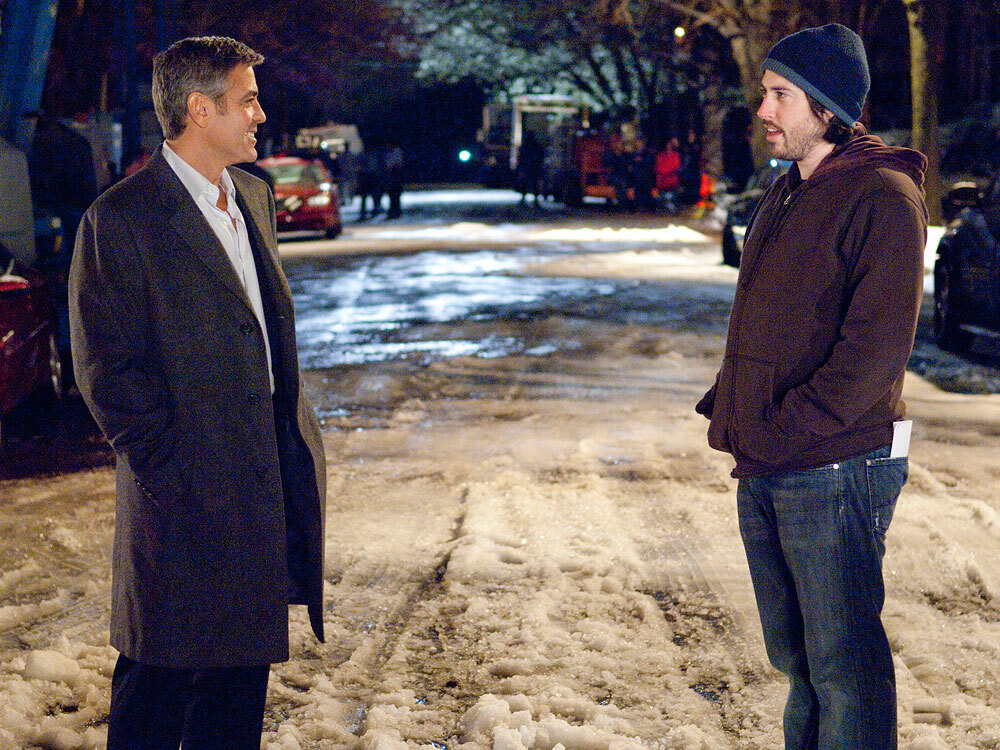 Reitman began writing the script for Up in the Air six years ago, and he says that the biggest challenge was adapting the script to reflect a society in transition.

"When I started writing this screenplay," says Reitman, "we were in the midst of an economic boom, and by the time I was finished we were in one of the worst recessions on record. And as I approached the shooting of this film, there was no way I could use the original scenes I had written, which approached firing in a very satirical manner."

Searching for ways to inject the film with the realities he was seeing as he scouted locations across the country, he decided that rather than using only actors to portray fired employees, he would use real people who had lost their jobs.

The film's crew placed ads in local papers saying that they were making a documentary about job loss and were looking to interview individuals who had recently been fired. At the end of the interview, Reitman would ask to them to re-create the experience of being fired — on camera.

"When they heard those words, you'd see them change" he says. "One girl just literally broke into hives across her neck. ... They said the kinds of things that I would have never thought to write."

Among those things: what's really worst about getting fired.

"If you'd asked me before I did this movie, 'What's the worst thing about losing your job in this type of economy?' I would've probably said the loss of income," Reitman explains. "But as I talked to these people, that rarely came up. What people said, time and time again, was: 'I don't know what I'm supposed to do.' ... It was really about a lack of purpose. They would say, you know, 'After I finish this interview, I'm going to go get in my car, and I have nowhere to be.' And I can't imagine thinking that every day."

Up in the Air marks a kind of coming of age for Reitman, who sees the film as a more mature counterpart to his earlier work.

"Over the six years that I wrote this film, I went from being a single guy in my 20s living in my apartment to a guy who was married, a father, a guy with a mortgage. I grew up. And if you look at the difference between Thank You For Smoking and Up in the Air, there is a difference in pure life experience."

And life experience, Reitman explains, inevitably informs the countless decisions — "mostly binary decisions, yes or no, this one or that one, the red one or the blue one, faster or slower" — that together define the tone of a film and determine whether it moves an audience.

"The only way you become a better director is by watching the result of those decisions, and understanding how they worked — and if they didn't work, how to make them better," Reitman says. "And over the course of the past six years, as I've directed more features and commercials, I've become better at articulating exactly how I want the audience to feel."

Reitman thinks Up in the Air deals with a range of complicated human issues in way that his other films did not.

"It's a more articulated film," he says, "and because of that, I am most proud of it."